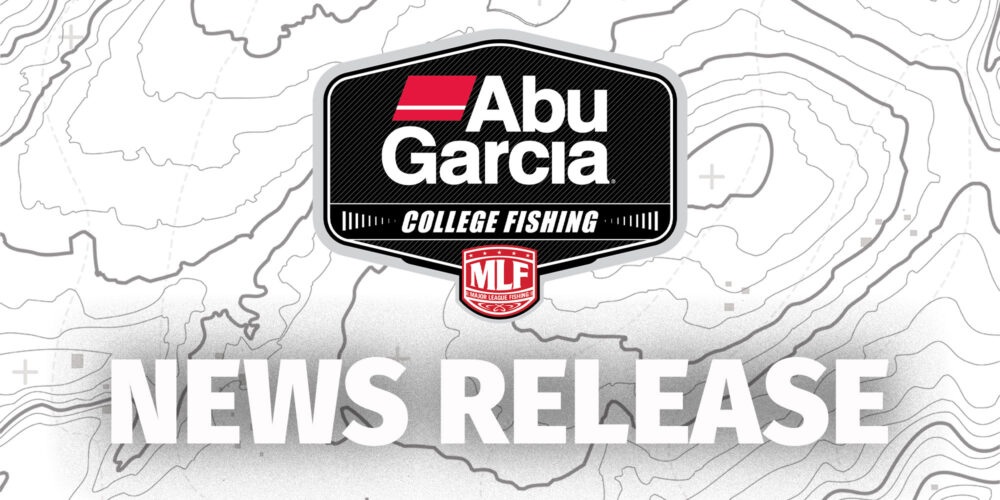 “I am happy to announce that we are adding an event at Lake Champlain for our loyal college anglers in the northern part of the country,” said Kevin Hunt, MLF Senior Director of Tournament Operations, College and High School. “It’s a bucket-list destination that will be attractive to College Fishing anglers from the South and Midwest as well. We’re excited to see a highly competitive 2023 season based on our new national schedule.”

Additionally, each angler finishing in the Top 10 at the 2023 College Fishing National Championship will receive priority entry into the 2024 Toyota Series, the pathway to the MLF Invitationals and the Bass Pro Tour. Every tournament will feature live weigh-in coverage on MLF NOW!, and the National Championship will receive national television coverage on CBS Sports.

MLF Abu Garcia College Fishing teams can compete in up to nine qualifying tournaments around the country. The top 12% of teams from each event will advance to the following year’s College Fishing National Championship.

Registration for the 2023 season opens at 8 a.m. CT on Dec. 12, 2022, for teams from school clubs represented in the 2022 College Fishing National Championship. All other teams may enter beginning Dec. 13. Fields are capped at 250 boats per tournament, so teams are encouraged to enter at their earliest opportunity. Teams can register at MajorLeagueFishing.com or by calling 270.252.1000. The entry fee is $100 per team.