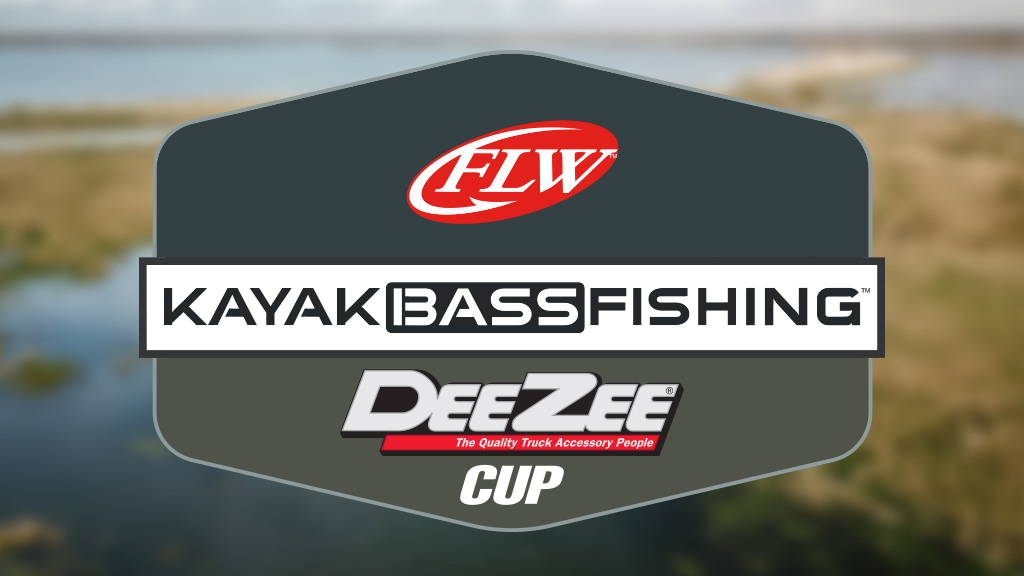 For the first time ever, FLW and Kayak Bass Fishing (KBF) have joined forces for the championship of kayak bass fishing. Running in conjunction with the 2019 FLW Cup (on nearby Lake Hamilton), the FLW-KBF Cup will feature a stacked field of qualifying anglers all vying to take home a top prize of between $15,000 and $25,000, depending on final field size.

At the time of publication, 30 qualifying anglers have paid their $500 entry fee to fish in the Cup, though KBF founder and president Chad Hoover says 165 anglers have pre-registered of the 285 anglers who qualified through preliminary events. 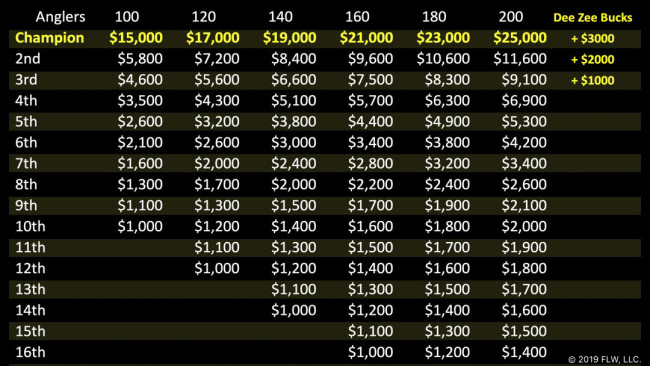 All anglers compete for two days with the winner determined by cumulative length of their five longest fish each of the two competition days. Because KBF tournaments use the “catch, photo, release” structure, standings are based on fish length (as opposed to weight).

Anglers may launch from anywhere on Lake Ouachita, which Hoover says helps alleviate congestion at each individual boat ramp. Anglers may launch at 6:30 a.m. CT with first cast at 7 a.m. CT. Any angler found to have made a cast between those times is automatically disqualified. 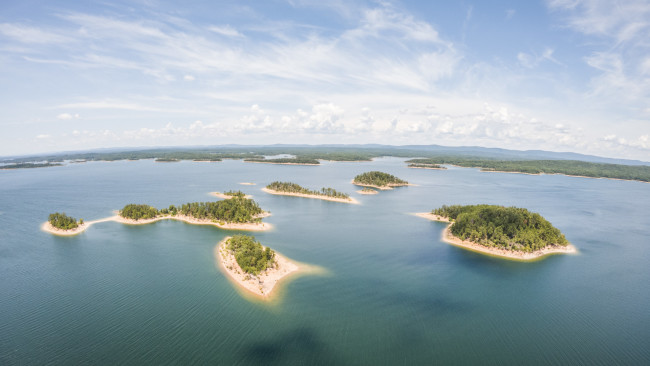 Ouachita is loaded with manmade brush piles that shelter much of the lake’s offshore bass population, and rocky points, sparse hydrilla and steep banks with standing timber are some of the favorite targets of anglers probing Ouachita’s shoreline and mid-depth ranges.

The Ouachita River feeds into the reservoir at the west portion of the lake, giving anglers another great option for targeting bass in the heat of summer, thanks in part to cooler, moving water and plentiful hard cover. 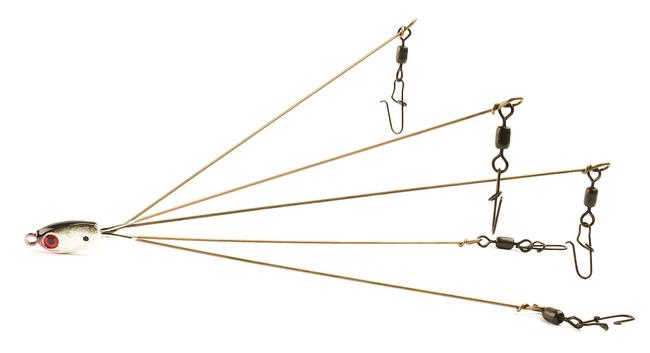 2018 KBF Angler of the Year Cody Milton lives in Searcy, Ark., just an hour and a half from Ouachita. Milton is extremely familiar with the reservoir, having fished there countless times, including as a co-angler in the 2010 Costa FLW Series event on the fishery. He hasn’t pre-fished yet, though he plans to spend five or six days doing so before the Cup.

Milton expects much of Ouachita’s typically steady patterns to be in play when the Cup kicks off in a couple weeks. In boat tournaments, it’s often brush piles that get the call this time of year, and there’s a good chance some key fish come off brush piles in this event as well.

Instead, he expects a lot of anglers to beat the bank with topwaters, as was the case last year at the 2018 FLW Cup. 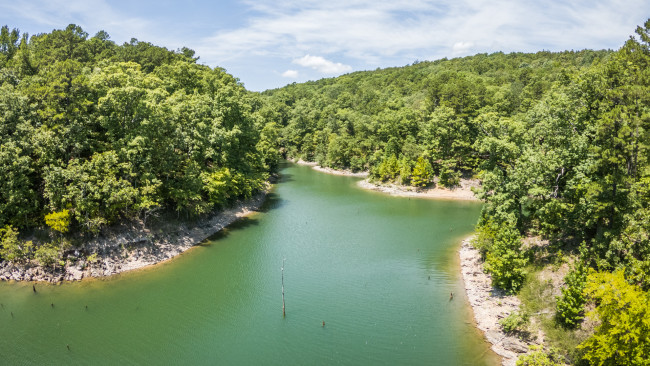 “Especially if you’re struggling to find things, covering water with a topwater on that lake is never a bad thing to do,” Milton says. “It’s a super clear lake and a lot of people will be on those 45-degree banks throwing topwaters and such.”

Additionally, the schooling bite (especially early in the morning) is historically a terrific way to catch a quick limit and sometimes a kicker fish.

“Anyone can catch 15 pounds if they find the right schooling bite,” he adds. “They run in schools; striper fishing is so big on that like and bass run with them. It’s just a not a pattern you can run with. You can grab 84 or 85 inches pretty quick if the right school comes up, which tends to happen around that grass.”

The grass to which Milton is referring is the hydrilla that sparsely populates some of the mid-depth ranges on Ouachita. It’s something Milton expects to explore himself, particularly with an Alabama rig. 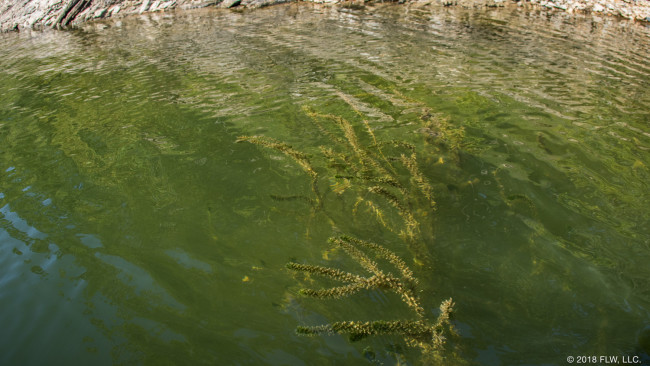 “The Alabama rig is going to be pretty big, especially being Arkansas with no hook restrictions,” he says. “Some of my best A-rigs have eight to 10 hooks on them, and you only get to use them in Arkansas.

“Keeping them above the grass can be pretty deadly. I have an idea where some of that grass is going to be. I think the topwater is going to be the saving grace for some people, and I think if you can get on an Alabama rig deal, you have a good chance to win.”

Lastly, Milton expects the Ouachita River to play a big role in the event, though he believes many of the big fish up the river are resident fish that, at this time of year, may have already been caught and subsequently released closer to the major boat ramps on the lake like Brady Mountain and Crystal Springs. 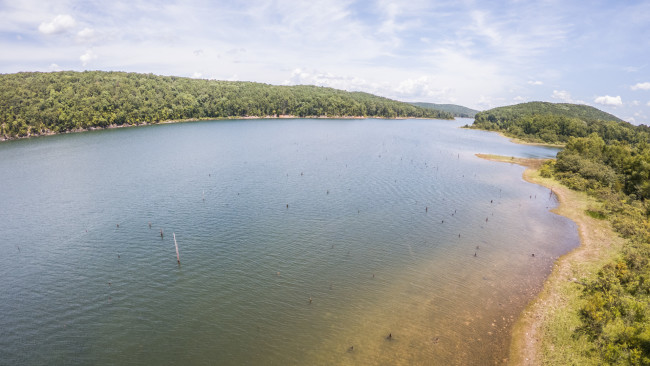 As is often the case this time of year, the Cup will likely be a low-weight tournament, or a low-length tournament in this case. Ouachita’s big fish tend to be finnicky in the summer heat, and finding large concentrations of big fish is especially difficult. Quality kickers are going to be key.

Milton expects 12 to 14 pounds to be a pretty strong five-fish limit, which equates to roughly 85 to 87 inches. He says 87 inches a day should get an angler pretty well within the top three.