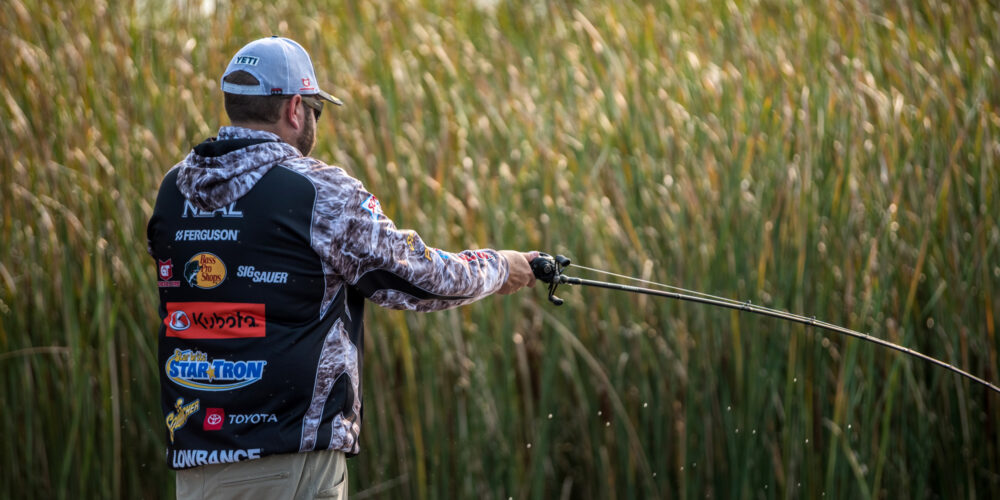 These 10 anglers will battle to be one of the top six anglers in total weight on SCORETRACKER® at the end of three periods. The top six will move on to the Sudden Death Rounds while the bottom four anglers will pack up their rods and head back home. This is the final Elimination Round of the event and the Sudden Death Round fields will be set following the conclusion of Saturday’s action.

Elimination Round 2 saw 2020 Bass Pro Tour Stage Three winner Ott DeFoe come out on top with 15 bass for 32 pounds, 15 ounces. DeFoe edged out second-place angler Jacob Powroznik by 3-10 to secure the top spot. Along with DeFoe and Powroznik, Alton Jones Jr., Brent Chapman, Wesley Strader and Edwin Evers will be advancing to the Sudden Death Rounds out of Elimination Round 2.

Be sure to click here for some of the best images our photographers captured during Elimination Round 2. Also, don’t forget to hear from the round winner, Ott DeFoe, in this Sqwincher Winner’s Press Conference where he breaks down how he was able to catch them in America’s Dairy Land.

Elimination Round 3 will air on Outdoor Channel on Saturday, January 16 at 2 p.m. ET. The full television schedule can be found at MajorLeagueFishing.com.