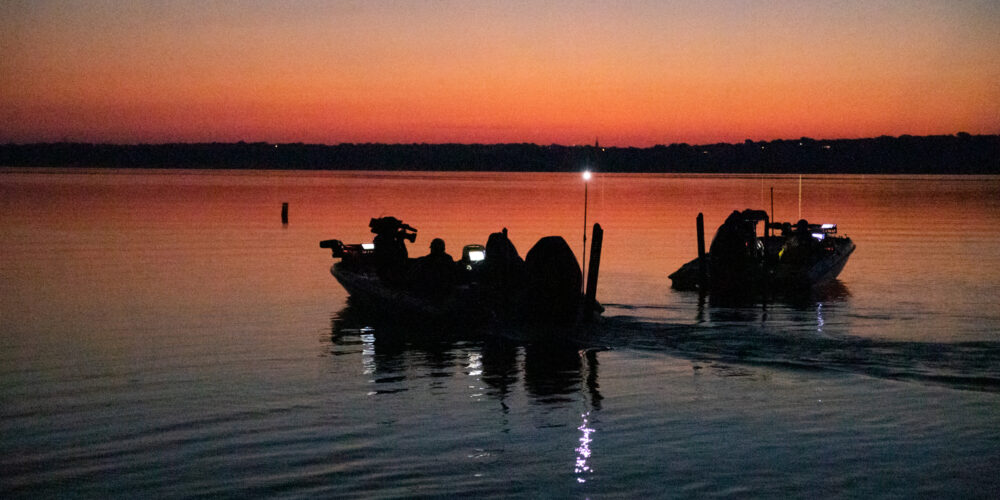 These nine anglers will fish on Lake Waco and try to be one of the first four pros to reach the Target Weight of 14 pounds. The first four anglers to reach 14 pounds of scorable bass or the top four anglers on SCORETRACKER® after three periods of fishing will be moving on to the Championship Round. The bottom five anglers will have to return home after being eliminated.

In Elimination Round 3 of the 2021 Heritage Cup, Anthony Gagliardi took home the round win thanks to 13 bass for a total of 26 pounds, 4 ounces. Gagliardi edged out second-place angler Dave Lefebre for the win by only 2-11. Check out Gagliardi’s Sqwincher Winner’s Press Conference for the breakdown of how he caught those central Texas bass. Gagliardi, Lefebre, Wesley Strader, Mark Daniels Jr., Todd Faircloth and Mark Rose advanced to the Sudden Death Rounds while Matt Lee, Jordan Lee, David Walker and Paul Elias were unable to make the cut.

You can see some of the best images our MLF photographers captured on Belton Lake in the Elimination Round 3 gallery.

Sudden Death Round 1 will air on Outdoor Channel on Saturday, March 6 at 2 p.m. ET. The full television schedule can be found at MajorLeagueFishing.com.