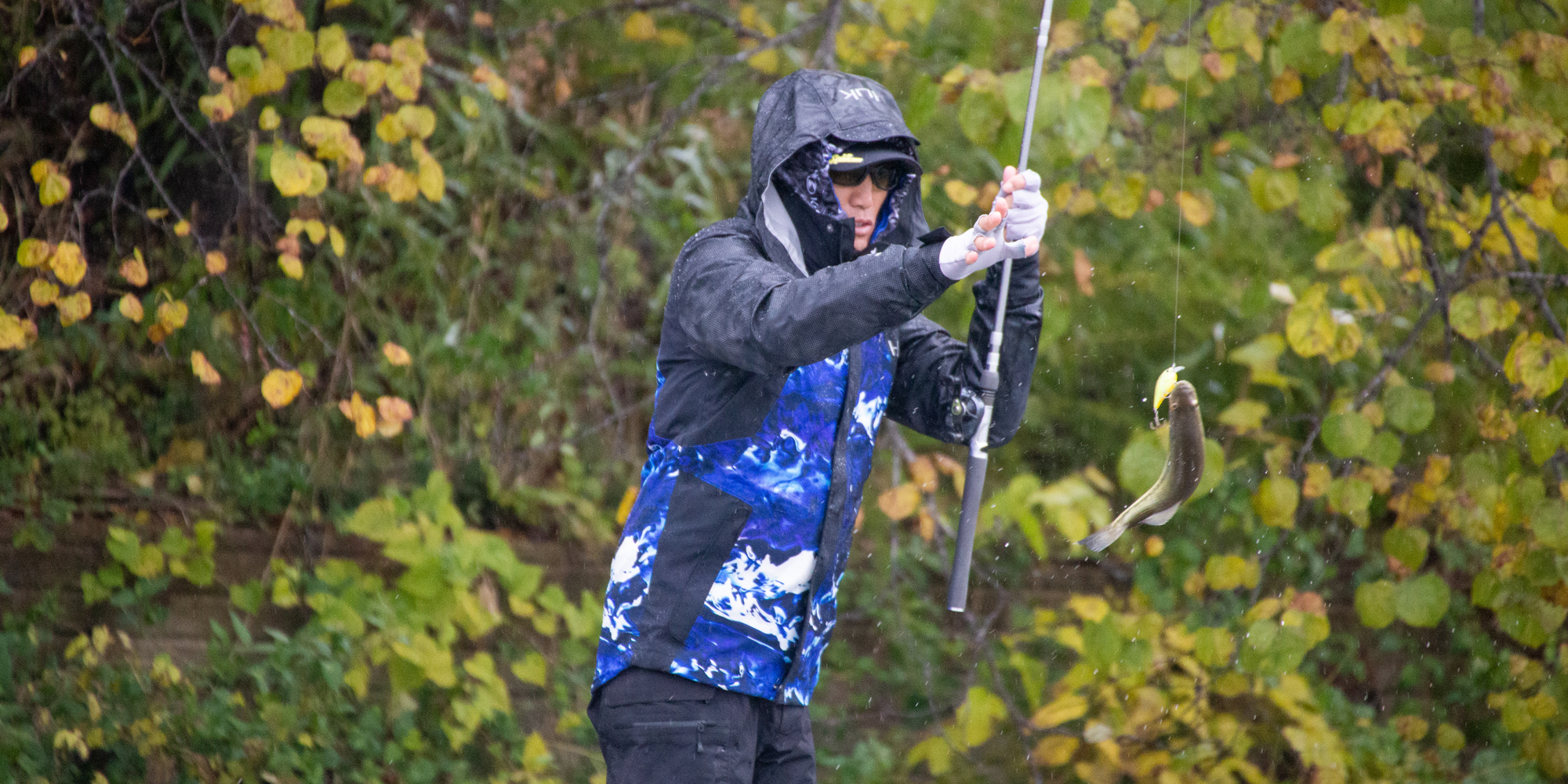 Takahiro Omori's dominating performance in the 2020 Summit Cup continued through the end, winning the Championship Round with 21 bass for 34 pounds, 3 ounces. Photo by Phoenix Moore

OSAGE BEACH, Mo. – Several anglers had impressive rounds at the 2020 Wiley X Summit Cup Presented by B&W Trailer Hitches, but nobody dominated quite like Takahiro Omori.

After comfortably winning his Elimination Round, he quickly became the first angler to the Target Weight in the Sudden Death Round. It was clear that Omori was dialed in on the lake.

When the Championship Round began, he again cruised to the win with a 21 bass, 34-pound, 3-ounce performance that was nearly 15 pounds more than second-place Andy Montgomery.

All week long, Omori moved quickly and covered ground with a squarebill crankbait and vibrating jig. He took into account the season and tried to capitalize on the shad migration into the creeks.

Points, pockets, and shallow cover such as docks and laydowns all played a role in getting him this far in the tournament and he continued that during the Championship Round.

One significant difference in the final day was the fish species he was catching.

“It was almost all largemouth the first two rounds. I only caught one or two spotted bass. But on the final day, it was mainly spotted bass,” said Omori. “They were nice, fat spots and that was a big difference.”

He again relied on moving baits and the Lucky Craft 1.5 squarebill in the TO Chartreuse color was the top lure of the day.

“I found some bluff banks and fished right up against them and had my boat parallel to the walls. I couldn’t get bit on all of the docks and laydowns like I did the first two days,” added Omori.

The first period wasn’t kind to Andy Montgomery and he was scoreless. His first fish of the day didn’t come until after 11 o’clock. That is when he started to make his run towards the top of the standings.

“I knew I had to do something different and started to target a big marina and the docks. Once I figured out they were positioned at the end of the docks, it really cut my time down and I only had to fish the ends of the right kind of docks,” he recalled.

Montgomery targeted the bass with a 1/2 ounce chartreuse and white Strike King Thunder Cricket with a Strike King Swim-N-Shiner as the trailer. He also used a spinnerbait in the same size and color.

Montgomery described his key spot as a large marina with plenty of docks. The best docks were 30- to 40-feet deep at the ends, which surprised Montgomery.

“I’ve never gotten on a deep dock bite like that in the fall, but they were shad oriented fish. Having a slow start to the day made me try something different and that’s when I figured out how to catch them and made my run in Period 2.”