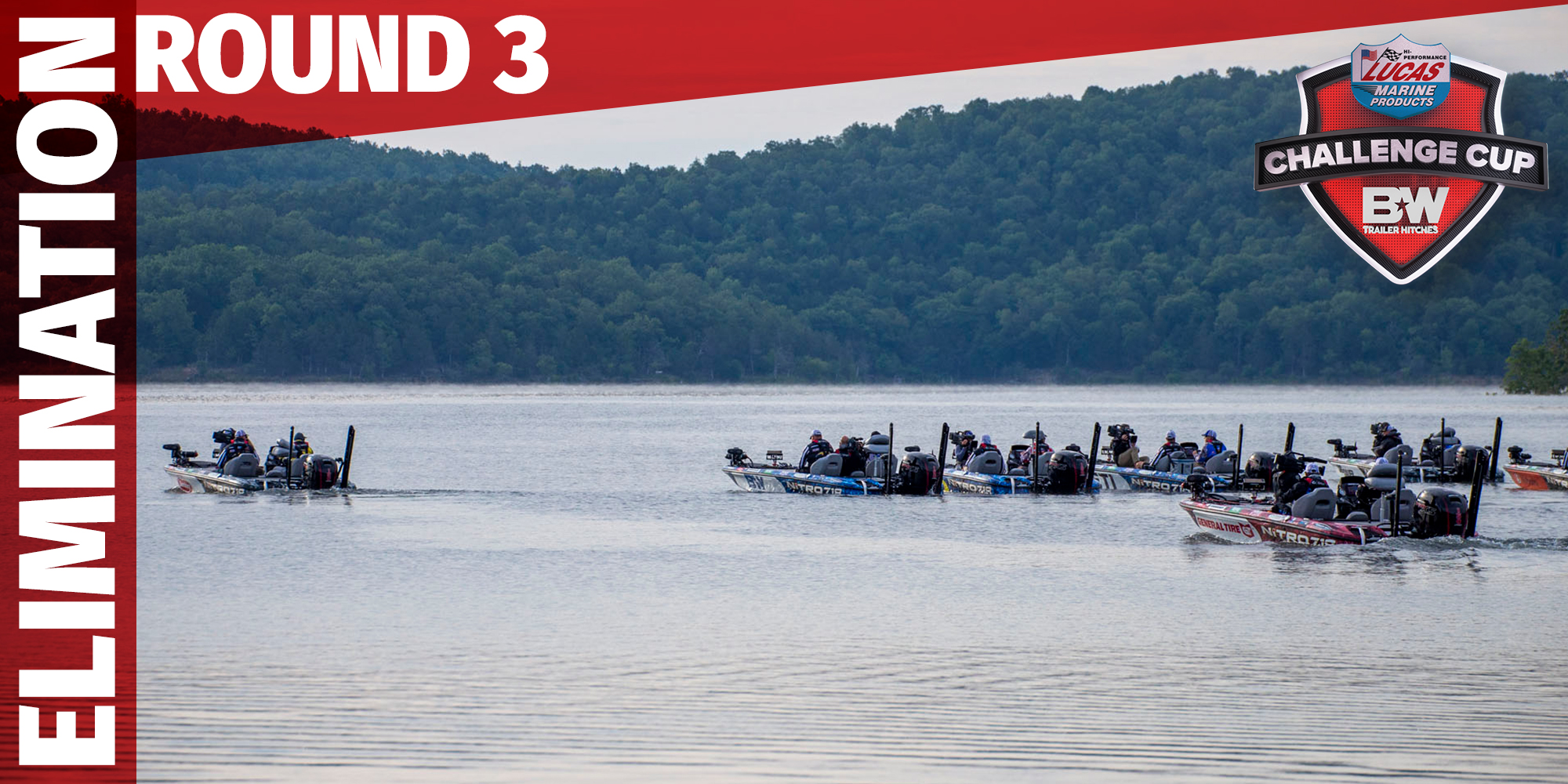 The final 10 MLF pros hit Bull Shoals for Elimination Round 3 of the 2020 Challenge Cup. Photo by Phoenix Moore

MOUNTAIN HOME, Ark. – Ten new anglers prepare to take on Bull Shoals Lake for Elimination Round 3 of the 2020 Lucas Oil Challenge Cup Presented by B&W Trailer Hitches. Only six anglers will move on to the Sudden Death Rounds where they will join the 12 qualifiers from Elimination Rounds 1 and 2.

Much like we saw in the earlier Elimination Rounds, the high water levels will be the main variable the anglers will turn their attention to. With Bull Shoals Lake at more than 20 feet higher than normal, the 10 pros will likely focus on the flooded brush in the Big Creek portion of the more than 45,000-acre lake. MLF analyst Marty Stone also predicts that cloud cover will cause the bass to roam, leaving open the opportunity for a productive offshore bite.

Oklahoma pro Edwin Evers is the No. 1 ranked angler heading into the 2020 Challenge Cup due to his second-place finish in Stage One of the 2019 Bass Pro Tour followed by a win in Stage Two. Evers had a record-setting year on the 2019 Bass Pro Tour winning the Points Championship and REDCREST to go along with his Stage Two Championship. Evers finished in fourth place during a B.A.S.S. event on Bull Shoals in 2012.

Four anglers are making their first-ever appearance for an MLF Cup event: Adrian Avena, Stephen Browning, Anthony Gagliardi and Jared Lintner. All four had a solid start to their 2019 Bass Pro Tour season, giving them enough points to qualify for the Challenge Cup. Gagliardi has never fished on Bull Shoals Lake before, while Browning has plenty of fishing experience in his home state of Arkansas.

“It was my first experience with not knowing where I was going to be fishing and it was pretty stressful,” Lintner said of the “anywhere is possible” format. “I really liked it though because in the MLF Cup events it’s all about relying on your instincts. You can’t go out there and check your notes and remember how practice was. It’s really about who can dissect the lake and the conditions the fastest and most effectively.”

The 10 competing anglers bring us Elimination Round 3 on Saturday, Jan. 18 at 2 p.m. ET on Outdoor Channel.