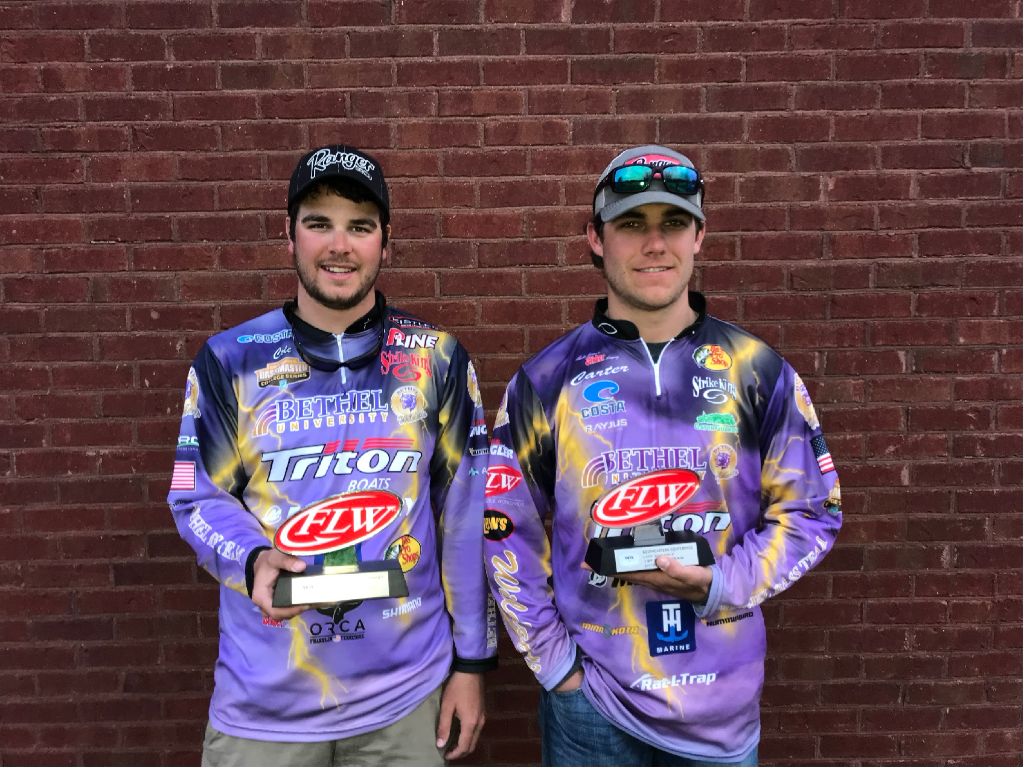 “Carter and I have fished quite a few events together, and we’ve had a couple of second place finishes, but it feels great to finally earn a win,” said Floyd, a junior majoring in business management. “We were targeting hydrilla in the deep ditches and we had a milk run of six different areas that we fished throughout the day.

“Our worst spot in practice actually turned out to be the best spot during the tournament,” Floyd continued. “It was a long ditch, with two lanes that the fish were using as a highway as they were coming in to spawn. We caught around 30 fish, and all of our limit that we weighed in on stage came out of there. We probably caught three 20-pound limits throughout the day, and we were throwing back 4½-pounders.”

“We were throwing Strike King Red Eye Shads – I was throwing a craw-colored and Cole was throwing a bone white-colored,” said McNeil, also a junior majoring in business management. “The area had a high population of fish and we’d make long casts and reel it back, then stop and let it sink. Most of the bites came on the fall.”