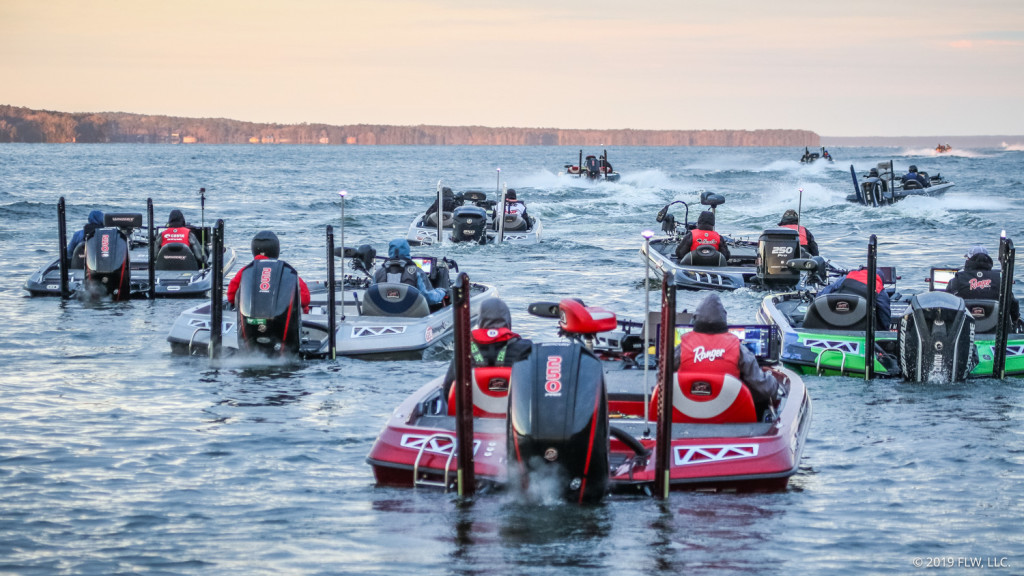 LUFKIN, Texas – Fishing League Worldwide (FLW) is set to visit east Texas next week, Feb. 22-23, with the YETI FLW College Fishing event at Sam Rayburn Reservoir and the Bass Pro Shops FLW High School Fishing Open at Sam Rayburn Reservoir. The tournaments, hosted by the Lufkin Convention and Visitors Bureau, will showcase some of the top young anglers from across the region competing for cash and prizes and angling for their chance to advance to the FLW College Fishing National Championship and High School Fishing National Championship events.

“If the weather stays consistent, we should see some really high weights in these tournaments,” said FLW Tour pro Nick LeBrun, the 2018 BFL All-American who has six top-10 finishes on Sam Rayburn in FLW competition. “The fish are currently still in prespawn mode and they are going to be piled up in staging areas. For the most part, the high school and college anglers are going to be able to catch them any way they want to.”

LeBrun said the lake is still around 10-feet higher than normal this time of year, which has the massive fishery fishing even bigger than normal. LeBrun suggested that the best strategy for teams in the respective one-day events would be to pick one section of the lake and stick with it.

“Rayburn can be overwhelming at normal pool, and when it’s 10 feet higher it is even more than that,” LeBrun said. “If they don’t have a whole lot of experience there I’d suggest just picking out a 3- to 5-mile stretch and focusing on breaking down that area. That may just be one creek, or two, but the lake is healthy and you can catch fish almost anywhere.

“If I was fishing the event, I’d work on catching a solid limit early from the off-shore prespawn piles of fish, then when that bite dies down I would go flipping the rest of the to find the big 7- or 8-pounder,” LeBrun continued. “For the prespawners you’re going to want to throw anything that puts off a lot of vibration and that you can retrieve real slow. I did pretty well throwing a ¾-ounce V&M Baits Big LeBoom spinnerbait at the FLW Tour event, but I’d also have a red Rat-L-Trap tied on. When they go flipping, anything that resembles a crawfish will do well. I suggest a V&M Baits Flat Wild with a ½- or ¾-ounce weight.”

LeBrun went on to predict that the winning team in both events would need to bring right around 24 to 25 pounds to the scale.

The college anglers will kick off competition on Friday, Feb. 22, at 7 a.m. CST at Cassels-Boykin Park, located at FM Road 3123 in Zavalla, Texas. The weigh-in will be held at the park Friday at 3 p.m. The high school anglers will then compete on Saturday, Feb. 23, launching at 7 a.m. from the park and weighing in at 3 p.m. All takeoffs and weigh-ins are free to attend and open to the public, and will be streamed live online at FLWFishing.com.