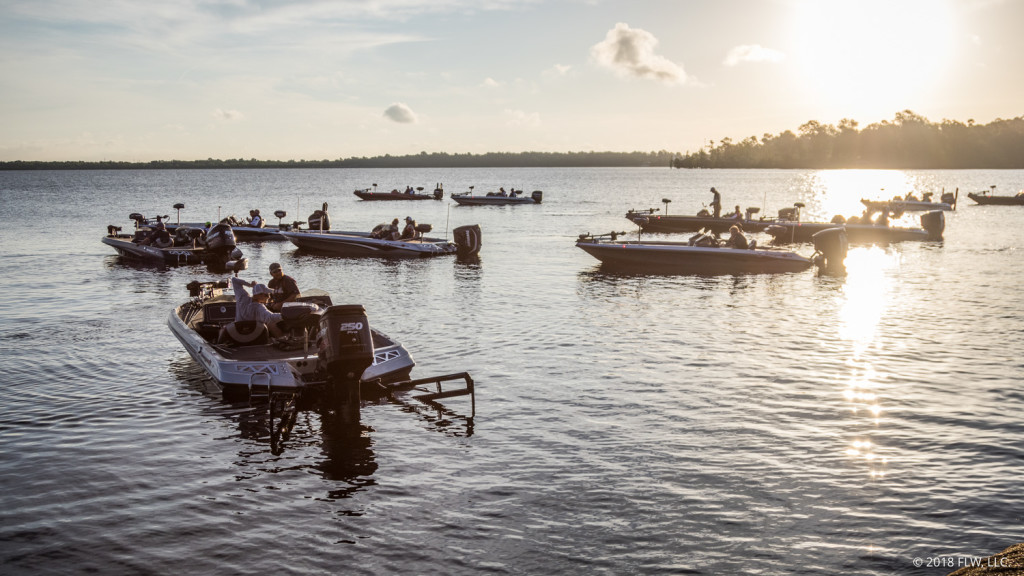 An automatic entry to compete at the 2019 FLW Cup is up for grabs to the winners of each respective event, along with hundreds of thousands of dollars in prize money and a brand new Ranger Boat. The events are hosted by the Charles County Board of Commissioners and Department of Recreation, Parks and Tourism.

“The Potomac River has been fishing strong for the past few months and is the perfect fishery to host these two championships,” said FLW Tour pro Bryan Schmitt of Deale, Maryland. “They’re going to be hitting it at one of the best times of the year. You’re going to see a lot of different tactics – ChatterBaits, swimjigs, shallow-diving crankbaits, stickbait worms and flipping creature baits. The key to winning will be finding something – a pattern or a location – that nobody else is on.”

The 2019 BFL All-American on the Potomac River presented by General Tire will feature a field of the top 98 boaters and co-anglers from across the 24-division BFL circuit competing for a grand prize of up to $120,000 in the boater division and $60,000 in the co-angler division. The top boater will receive an invitation to compete for bass fishing’s most coveted prize – the 2019 FLW Cup – Aug. 9-11 on Lake Hamilton in Hot Springs, Arkansas.

Since its inaugural event in 1983, the BFL All-American championship has visited the Potomac River just once (2012) in its 36-year history. In 2012, boater Brian Maloney of Osage Beach, Missouri, targeted shallow flats with contoured ditches with dark-colored crankbaits to claim the title and the $120,000 top prize.

The 2019 YETI FLW College Fishing National Championship at the Potomac River presented by Lowrance will be comprised of the top qualifying teams from each of the 15 regular-season events from around the country, along with the top 20 teams from the annual FLW College Fishing Open. A field of 172 teams representing 100 different colleges and universities will be competing for a prize package that includes a new Ranger Z175 boat with a 115-horsepower Mercury or Evinrude outboard and an automatic qualification for both team members to move on to compete against the best bass-anglers in the world at the 2019 FLW Cup.

“Winning the FLW College Fishing National Championship last year kicked off my career as a professional angler,” said 2019 FLW Tour rookie Hunter Freeman, who won the event last year on the Red River while competing for the University of Louisiana-Monroe along with partner Thomas Soileau. “The entire experience was amazing. From the banquet, to the three-day tournament, the media coverage – everything was a blast. Winning the championship showed me that I had what it takes to become a professional fisherman and gave me the confidence to sign up to compete at the highest level – the FLW Tour.”

BFL All-American competitors will take off from Smallwood State Park, located at 2750 Sweden Point Road in Marbury, at 7 a.m. EDT each morning, May 30 to June 1. Thursday and Friday’s weigh-ins, May 30-31, will be held at the park beginning at 3 p.m. Saturday’s Championship weigh-in, June 1, will also be held at the park, but will begin at 4 p.m.

The FLW College Fishing National Championship anglers will also take off each day, June 4-6, from Smallwood State Park, at 7 a.m. EDT. All weigh-ins will be held at the State Park, beginning at 3 p.m. Takeoffs and weigh-ins are free and open to the public.

Television coverage of both events will premiere in the fall of 2019. The Emmy-nominated "FLW" television show airs each Saturday night at 7 p.m. EST and is broadcast to more than 63 million cable, satellite and telecommunications households in the U.S., Canada and the Caribbean on the World Fishing Network (WFN), the leading entertainment destination and digital resource for anglers throughout North America. FLW television is also distributed internationally to FLW partner countries, including Canada, China, Italy, Korea, Mexico, Namibia, Portugal, South Africa, Spain and Zimbabwe.

The popular FLW Live on-the-water program will air on Days Three and Four of both events – Friday, May 31 and Saturday, June 1 for the All-American and Wednesday, June 5, and Thursday, June 6, for the College Fishing National Championship. FLW Live features live action from the boats of the tournament’s top anglers each day. Host Travis Moran will be joined by FLW Tour pros Luke Dunkin and Miles Burghoff to break down the extended action each day from 8 a.m. to 2 p.m. On-the-water broadcasts will be live streamed on FLWFishing.com, the FLW YouTube channel and the FLW Facebook page.