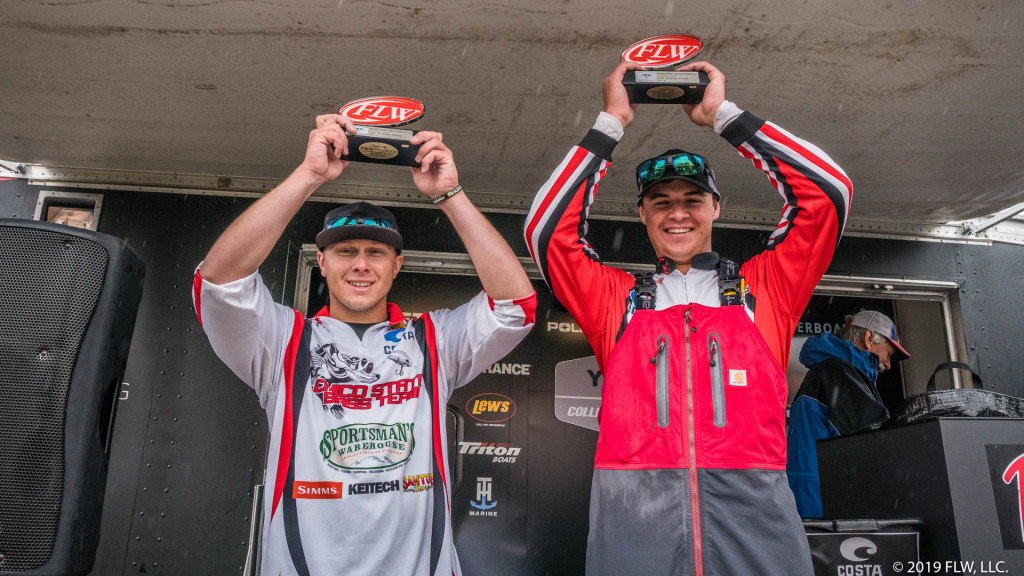 “We ran south and fished near Rattle Snake Island, mostly rock and offshore in 12- to 20-feet-of-water,” said Sweitzer, a junior majoring in accounting. “It was a tough tournament to get bigger fish. We caught a ton of solid 2- to 3-pounders, then Carson caught a big 5½ to 6-pounder and that was the difference maker for us.”

“Near the end of the day we started throwing a Megabass Vision 110 jerkbait on offshore grass and we caught around 10 keepers,” said Leber, a senior majoring in concrete industry management. “It was awesome and I wished we would have tried that a little earlier. But, our key bait throughout the day was definitely the jig.”