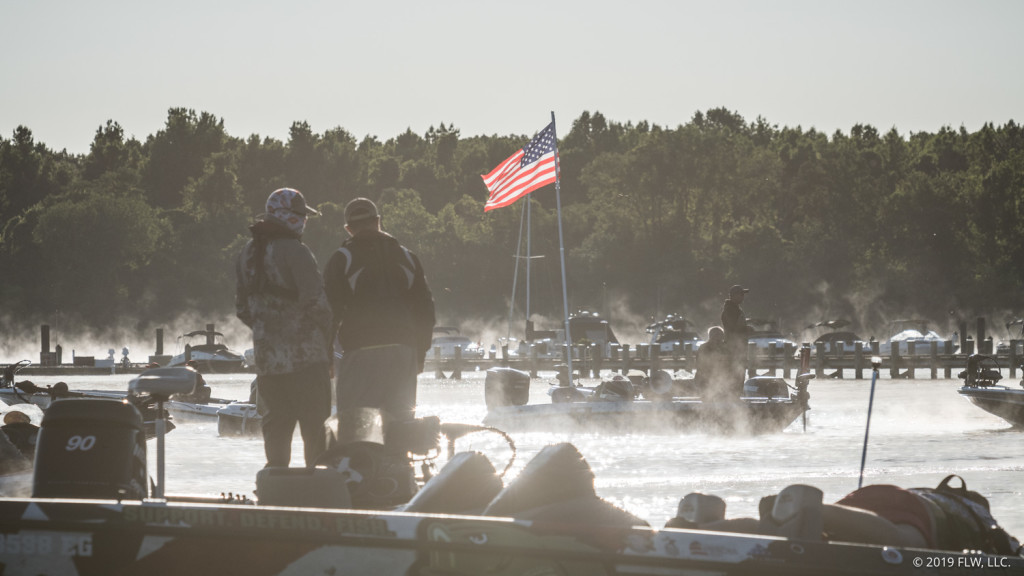 NORTH LITTLE ROCK, Ark. – Fishing League Worldwide (FLW) is set to return to central Arkansas next week, Sept. 20-21, with the YETI FLW College Fishing tournament at the Arkansas River presented by Bass Pro Shops and the Bass Pro Shops FLW High School Fishing Open at the Arkansas River. The tournaments, hosted by the North Little Rock Convention and Visitors Bureau, will showcase some of the top young anglers from across the region competing for cash and prizes and angling for their chance to advance to the FLW College Fishing National Championship and High School Fishing National Championship events.

“The water levels have been so extremely high this year – up until about six weeks ago – that no one has been really fishing the river,” said Nitro pro Dylan Hays of El Dorado, Arkansas, who has 14 top-10 finishes in FLW tournament competition. “So, the fish haven’t really been pressured much and they are biting really good. That’s going to make for a couple of real fun tournaments.

“I think the majority of anglers will be fishing the main-river jetties and sand bars, along with some backwaters and little creeks and stuff like that,” Hays continued. “They’re allowed to lock up one pool or down one pool, and we should see some good limits weighed in from every pool. There is probably a little more barge traffic than normal for this time of year, though, so the locks are a big risk-reward that will have to be considered.”

Hays predicted that squarebill crankbaits and flipping baits would both be strong choices, but shaky-head rigs would also play a role, especially if the current is slow. He also said that topwater baits like a buzzbait or a Zara Spook could play early in the morning.

“Twelve to 14 pounds will be strong, but I think it’ll probably take 15 to 16 pounds to win,” Hays went on to say. “It’ll mainly be a largemouth deal, but we should see some solid keeper spotted bass as well.”

The college anglers will kick off competition on Friday, Sept. 20, at 7 a.m. CDT at the North River Landing, located at 140 Riverfront Drive, in North Little Rock. The weigh-in will be held at the landing on Friday at 3 p.m. The high school anglers will then compete on Saturday, Sept. 21, launching at 7 a.m. from the park and weighing in at 3 p.m. All takeoffs and weigh-ins are free to attend and open to the public, and will be streamed live online at FLWFishing.com.