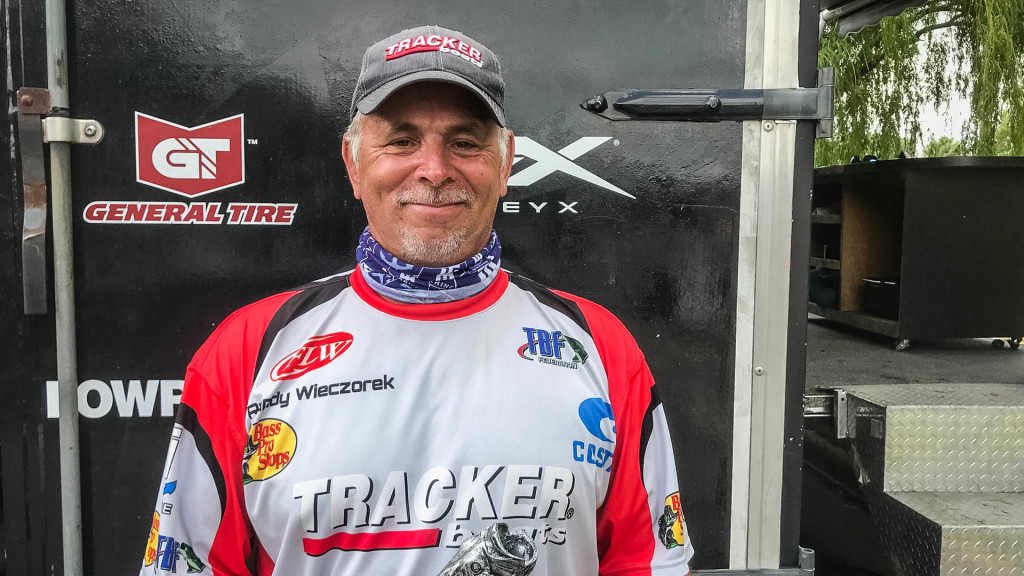 “It’s been a long time – more than 15 years since I’ve won one of these (BFL) tournaments,” said Wieczorek, who picked up his second career win. “It feels good to know that I can still keep up with some of these young bucks that are out here.”

“I was catching largemouth all the way up to the lock and dam to Pool No. 6,” Wieczorek said. “Most of the fish I caught early came flipping a black and blue jig around wood and in a little bit of eelgrass. I caught my bigger one fishing a frog in the slop.”

Rene Luis of Chicago, Illinois, claimed the day’s Boater Big Bass Award of $640 after bringing a 4-pound, 7-ounce bass to the scale.

Kevin Ruh of Onalaska, Wisconsin, was the highest-finishing FLW PHOENIX BONUS member and took home an extra $500. Boaters are eligible to win up to an extra $7,000 per event in each Phoenix Bass Fishing League presented by T-H Marine tournament if all requirements are met. More information on the FLW PHOENIX BONUS contingency program can be found at PhoenixBassBoats.com.

Rothering caught the largest bass in the Co-angler Division, weighing in at 4 pounds, 6 ounces. The catch earned the day’s Co-angler Big Bass award of $320.

The 2020 Phoenix Bass Fishing League presented by T-H Marine on the Mississippi River in La Crosse was hosted by the La Crosse County Convention & Visitors Bureau. It was the second of five qualifying tournaments in the Great Lakes division.