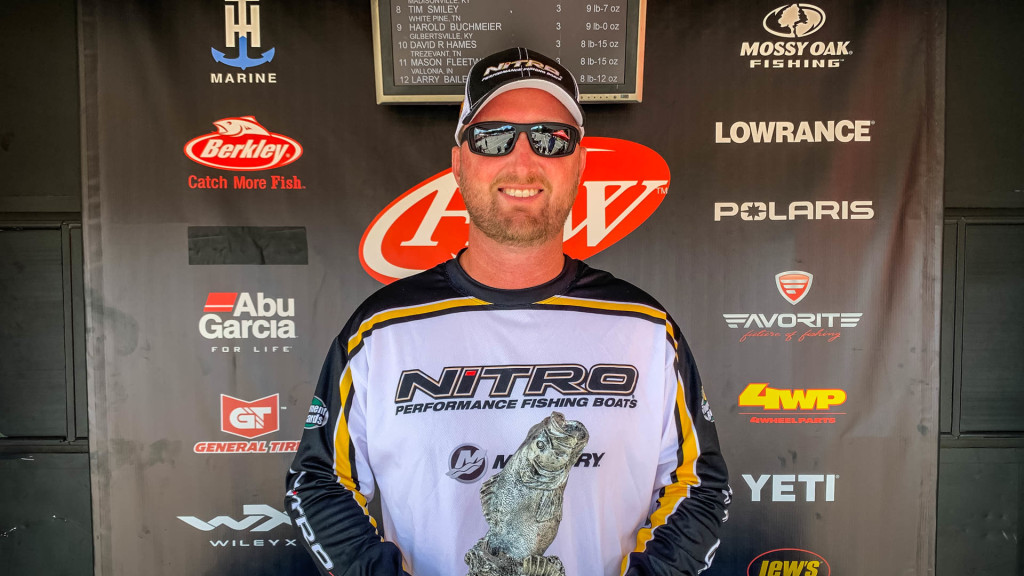 “I wanted to make a run to fish about an hour south,” said Boggs, who earned his seventh career BFL win. “I made it almost all the way – about five minutes from stopping – when my engine started knocking and I knew something wasn’t right.

“So I sat down in the first area and ended up staying there for a long time,” Boggs continued. “I ended up catching two on a football jig in brush piles and one on a deep crankbait on a ledge.

Young claimed the day’s Boater Big Bass Award of $560 after bringing a 5-pound, 6-ounce bass to the scale.

Patton was the highest-finishing FLW PHOENIX BONUS member and took home an extra $500. Boaters are eligible to win up to an extra $7,000 per event in each Phoenix Bass Fishing League presented by T-H Marine tournament if all requirements are met. More information on the FLW PHOENIX BONUS contingency program can be found at PhoenixBassBoats.com.

Wesley Dunn of Paducah, Kentucky, and Brian Huber of St. Peters, Missouri, tied for the win in the Co-angler Division Saturday after both anglers brought in three bass totaling 8 pound, 7 ounces. For their wins, each angler brought home $1,503.

Harris caught the largest bass in the Co-angler Division, weighing in at 6 pounds, 4 ounces. The catch earned the day’s Co-angler Big Bass award of $275.

The 2020 Phoenix Bass Fishing League presented by T-H Marine on Kentucky and Barkley Lakes was hosted by the Kentucky Lake Convention & Visitors Bureau. The event was /the second of five qualifying tournaments in the LBL division.