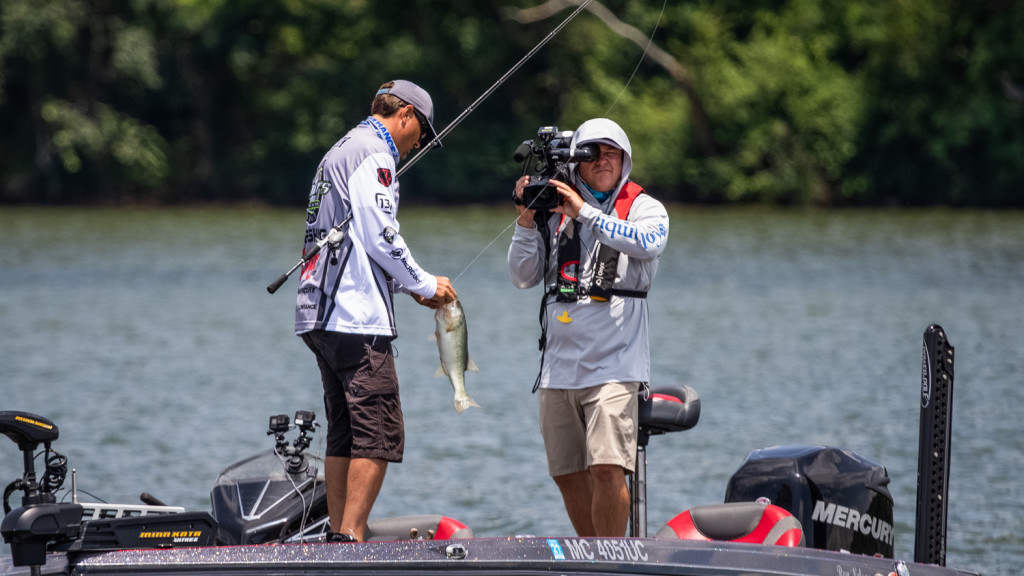 SANDUSKY, Ohio – The Tackle Warehouse Pro Circuit is set to visit Sandusky, Aug. 11-14, for its sixth and final regular-season event – the Tackle Warehouse Pro Circuit at Lake Erie. Hosted by the City of Sandusky and the Lake Erie Shores & Islands Welcome Center, the lucrative bass-fishing Super Tournament will feature nearly 200 anglers from FLW and Major League Fishing (MLF) competing for a piece of more than $1.3 million, with a top award of $160,000.

The event will also showcase the exciting finale to the extremely competitive 2020 Pro Circuit Angler of the Year (AOY) and Polaris Rookie of the Year (ROY) races. Michigan pro Ron Nelson holds a 73-point lead in the AOY race, while 23-year-old Texan Kyle Hall leads the ROY race, holding a slim lead over Tennessee’s Jimmy Washam.

“This is going to be a really exciting tournament to end the season,” said Nelson, who was the 2019 Polaris Rookie of the Year. “The biggest factor in this event is going to be the wind. If it is calm, guys are going to be making long runs. If it’s rough, we’re going to have to fish the islands and the bay and you’re going to really have to change your strategy.

“Personally, I’m going to be more conservative and won’t be making any long run unless I make the Top 50 cut on Thursday,” Nelson continued. “My priorities are a little different than most, though. I’m not going for the tournament win – I’m going for the AOY win. Consistency is the key, there.”

Nelson said that he expects to see both largemouth and smallmouth bass play a big role in the event, and that a lot of competitors would weigh in both species over the event.

“For the smallmouth guys, Ned rigs, drop-shot rigs and tubes will all be important baits,” Nelson said. “The guys targeting largemouth will be throwing typical swimjigs, ChatterBaits, flipping jigs and frogging.

“The key to doing well in this one is going to be landing the fish that you hook,” Nelson went on to say. “Everyone is going to find fish, but the guy who fishes clean and lands everything that bites is going to win.”

Anglers will take off at 6:30 a.m. EDT each day from the Shelby St. Public Boat Launch, located at 101 Shelby St., in Sandusky. The weigh-in each day will also be held at the Boat Launch and will begin at 3 p.m. on Tuesday and Wednesday and at 4 p.m. on Thursday and Friday.

The total purse for the Tackle Warehouse Pro Circuit at Lake Erie is more than $1.3 million, including $10,000 through 100th place.

In Tackle Warehouse Pro Circuit competition, the full field of pro anglers compete in the two-day opening round on Tuesday and Wednesday. The top 50 pros based on their two-day accumulated weight advance to Thursday. Only the top 10 pros continue competition on Championship Friday, with the winner determined by the heaviest accumulated weight from the four days of competition.