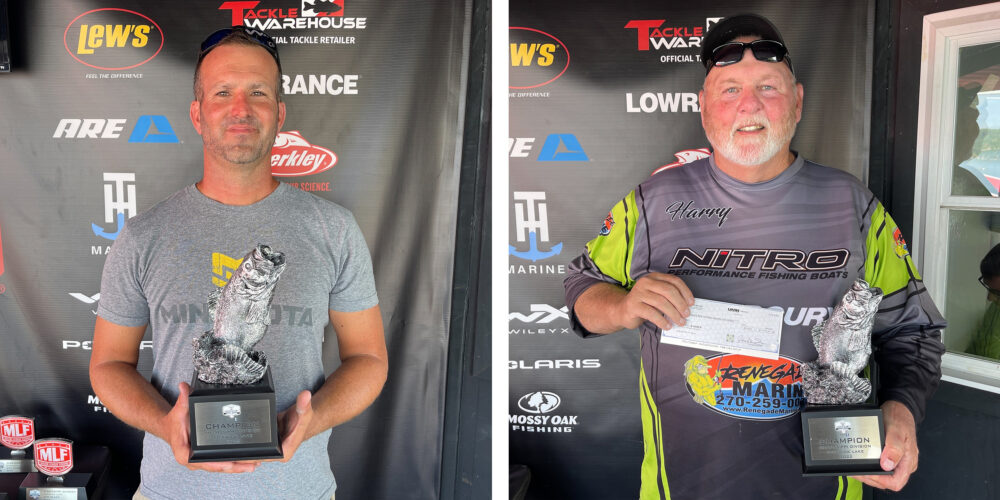 “It was steady catching on Day 2,” Quaintance said. “I caught fish all day long, a lot of quality bass on long, tapering points that featured light points in the mid-lake area.”

Quaintance said he caught his bass on a NetBait T-Mac Straight-Tail Worm and a green pumpkin jig in six to eight feet of water, and a Strike King Swim Jig in shallow grass.

“The bass were just roaming,” Quaintance said. “A lot of them weren’t even in brush. There was a lot of shad in the area, and each spot was just about the size of a football field, and I just pounded it out until I got what I needed.”

Quaintance also had a bass that weighed 5 pounds, 10 ounces that was the heaviest of the event in the Boater Division and earned the Berkley Big Bass Boater award of $810.

Bubba Wright of Ridgeland, Mississippi, caught the largest bass in the Strike King Co-angler Division, a fish weighing in at 5 pounds, 6 ounces. The catch earned him the Berkley Big Bass Co-angler award of $401.