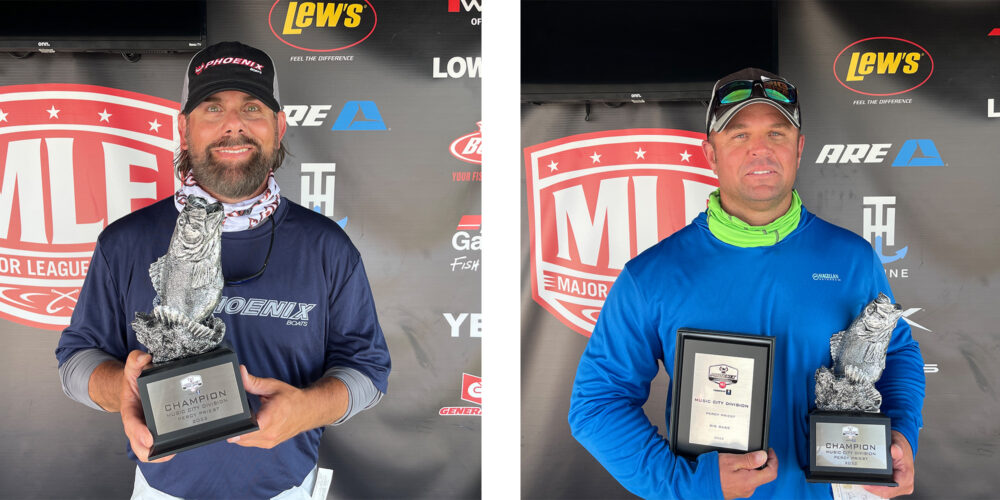 “I practiced on Friday and caught probably 13 or 14 pounds in one school,” Readhimer said. “I threw a crankbait into it and didn’t get bit, so I spun the boat around and fired up onto the point in 8 to 10 feet of water. I caught three 3-pounders in a row. So I marked those fish.”

Readhimer said he began the tournament Saturday fishing a shad spawn and didn’t catch a bass. He said he returned to the school he found the previous day, but nothing bit the crankbait he threw. He switched to a brown ¾-ounce football mop jig and cast to the point, hopped the jig twice and landed a 4½-pound bass.

Readhimer said he focused on the Hobson Pike Bridge area and targeted a shallow flat that ran from an island to the bank and featured a lot of large rocks. He hopped the jig, caught a couple of keeper bass, and fished the spot until he filled his limit.

“All I was doing was stroking that big mop jig,” Readhimer said. “You couldn’t drag it and get bit. I was stroking it so hard with 30 minutes left in the tournament that my right arm was cramping.”

Readhimer said he had been to Percy Priest only five times and felt fortunate to get the win.

“I don’t have a lot of experience on the lake, but I knew it was fishing tough,” Readhimer said. “Basically, I had two spots and I just milked them for all it was worth. The way I found those fish was just luck.”

Mugleston had a largemouth that weighed 6 pounds, 6 ounces that was the heaviest of the event in the Boater Division and earned the day’s Berkley Big Bass Boater award of $590.

Haworth caught the largest bass in the Co-angler Division, a fish weighing in at 4 pounds, 8 ounces. The catch earned him the day’s Berkley Big Bass Co-angler award of $295.