Second-Largest Auto Insurer in the U.S. to Be Prominently Showcased at General Tire Heavy Hitters Event 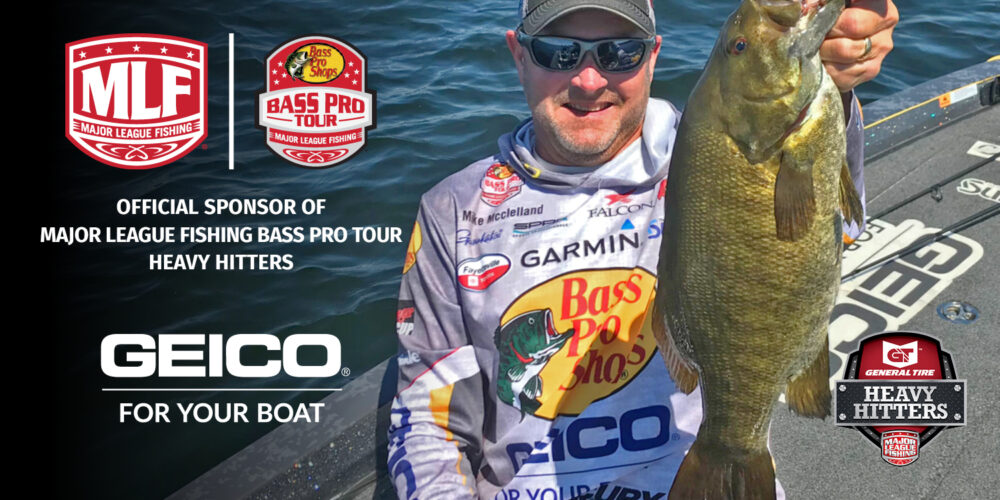 In the Heavy Hitters event, anglers compete not only to win the tournament but also for massive big bass payouts during each day of competition. Heavy Hitters airs live, broadcasting all six days of competition on the MLF NOW! live stream, which reaches an estimated 300,000+ unique viewers, along with six two-hour television programs which will air each Saturday from July 17 through August 21 on the Discovery Channel in 2021.

“The Heavy Hitters events are always fun and exciting for the fans and anglers,” commented GEICO’s Assistant Vice President of Marketing Bill Brower. “The daily and series competitions showcase great fishing, and GEICO is pleased to continue our longstanding support as a sponsor of Major League Fishing.”

GEICO first became a sponsor of MLF in 2011 and has been a presenting and title sponsor of numerous MLF tournaments in that time period. They’ve also been showcased with the GEICO Selects tournament series, as well as numerous digital offerings at MajorLeagueFishing.com, including the GEICO Full Coverage tournament recap videos.

“Entering their eighth season as a sponsor of Major League Fishing, GEICO has been effective in maximizing our relationship by developing campaigns that engage our fans, members and anglers, both on and off the water,” MLF President and CEO Jim Wilburn said. “Being showcased this year at one of our most prestigious events – Heavy Hitters – ensures that the GEICO brand will remain highly visible to our fans and anglers.”

For more information about MLF, their tournaments and sponsors, visit MajorLeagueFishing.com. To learn more about GEICO, visit GEICO.com.