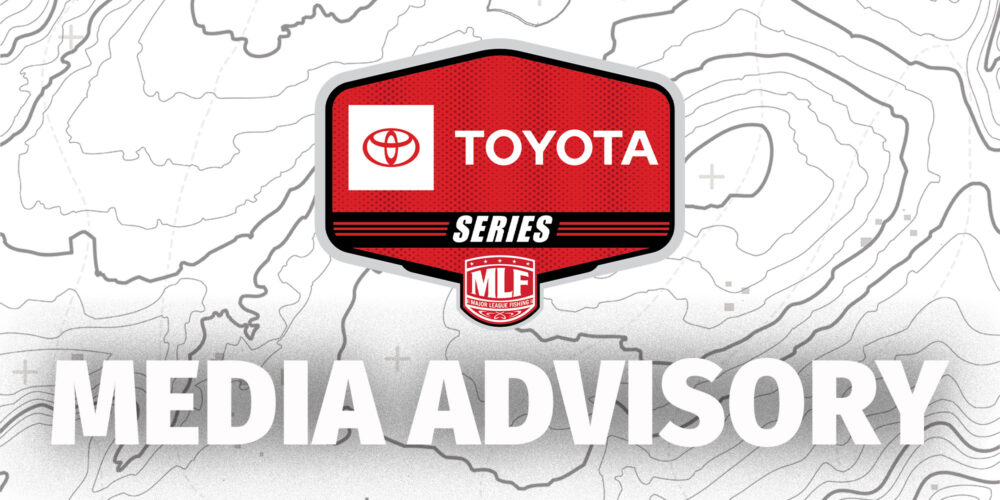 With strong winds creating unsafe boating conditions, both Days 1 (Thursday) and 2 (Friday) of the Toyota Series Presented by A.R.E. Southwestern Division event on Lake Texoma have now been canceled. Since Thursday morning, wind gusts upwards of 25 mph and sustained winds around 20 mph have created an untenable situation on the big border reservoir. Now, with the first two days of competition canceled, the full field will fish for the win in a one-day shootout on Saturday.

Anglers competing at Lake Texoma will launch Saturday at 7:30 a.m. CT from Catfish Bay Marina, located at 11586 Rooster Creek Drive in Kingston, Oklahoma. Saturday’s Championship weigh-in will be held at the Marina beginning at 3:30 p.m.

The Toyota Series Presented by A.R.E. Southern Division event on Santee Cooper has also canceled competition Friday due to inclement weather. However, the 426 boaters and co-anglers in that event were able to get in their first day of competition Thursday, and pro Brian Cook of Miami, Florida, caught a Day 1 limit of five bass totaling 28 pounds, 9 ounces to take the lead in that tournament. Competition will resume Saturday with the full field competing and the winner determined by the highest two-day cumulative total weight.

The 2022 Toyota Series presented by A.R.E. consists of six divisions – Central, Northern, Plains, Southern, Southwestern and Western – each holding three regular-season events, along with the International and Wild Card divisions. Anglers who fish in any of the six divisions and finish in the top 25 – or the top 12 from the Wild Card division – will qualify for the no-entry-fee Toyota Series presented by A.R.E. Championship for a shot at winning up to $235,000 cash. The winning Strike King co-angler at the championship earns a new Phoenix 518 Pro bass boat with a 115-horsepower Mercury outboard. The 2022 Toyota Series presented by A.R.E. Championship will be held Nov. 3-5 on Lake Guntersville in Guntersville, Alabama, and is hosted by Marshall County Tourism and Sports.