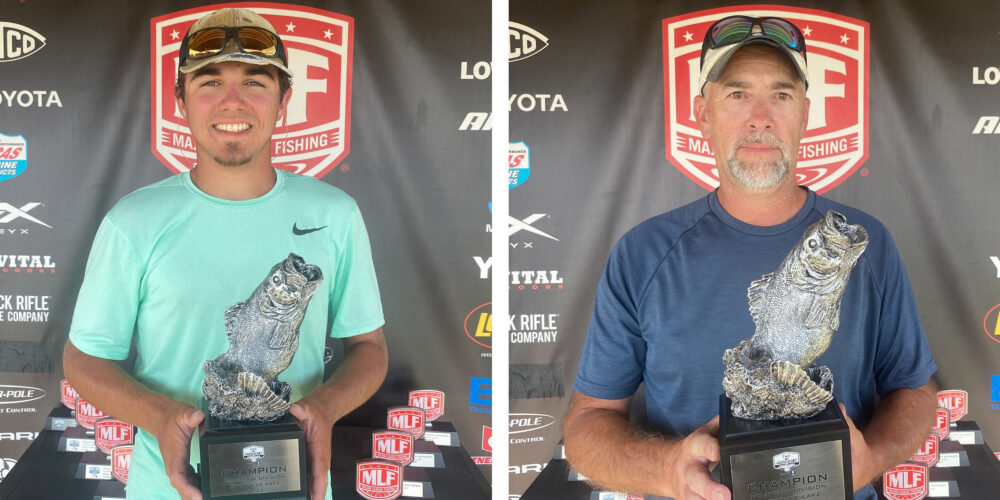 Although Faulkner said he had grown up fishing on Cherokee and is very familiar with it, his tournament began slowly Saturday at his first two stops. He then pulled up to his third spot, where his luck changed.

“I ran down the bank and had a limit in about 30 minutes,” Faulkner said. “I lost a 3-pounder, but had about 10 pounds. Then I saw a tree and tossed up to it and caught a 5-pounder.”

On Sunday, Faulkner said he focused on fishing a jig on wood on flats, and his efforts produced three spotted bass and a largemouth to secure the win.

“I missed out on a college fishing tournament this weekend to fish this BFL event, so it feels good to knowing that skipping that college tournament pay off,” Faulkner said.

Faulkner also caught a bass that weighed 5 pounds, 1 ounce, the heaviest of the event in the Boater Division, and earned the Berkley Big Bass Boater award of $862.

Dustin Perkins of Russell Springs, Kentucky, caught the largest bass in the Strike King Co-angler Division, a fish weighing in at 4 pounds even. The catch earned him the Berkley Big Bass Co-angler award of $424.