Lake of the Ozarks Readies to Host Toyota Series Event 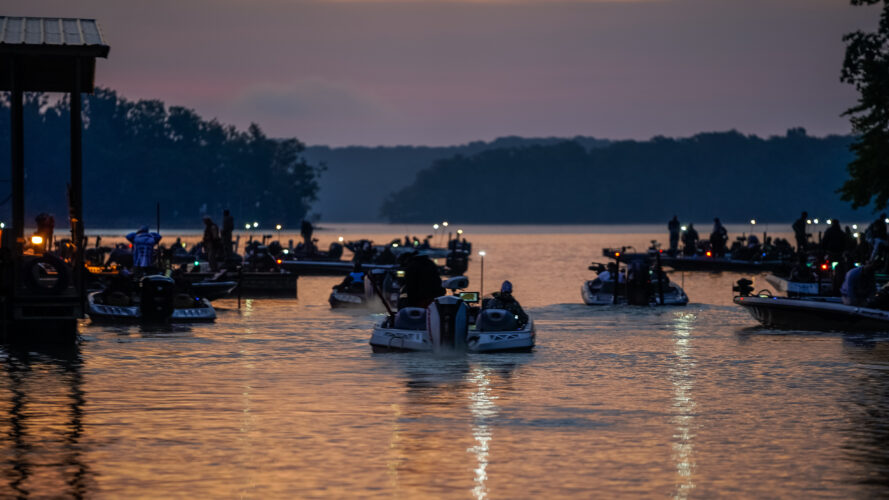 OSAGE BEACH, Mo. – The Toyota Series presented by A.R.E. Plains Division will kick off its 2021 season with a tournament next week in Osage Beach, Missouri, March 4-6, with the Toyota Series presented by A.R.E. at Lake of the Ozarks presented by Fenwick. Hosted by the Tri-County Lodging Association, the three-day tournament will feature the region’s best bass-fishing pros and Strike King co-anglers casting for a top prize of up to $65,000, plus an additional $35,000 bonus if the winner is a qualified Phoenix Boat owner.

Tackle Warehouse Pro Circuit pro Casey Scanlon of Eldon, Missouri, guides on Lake of the Ozarks and said he believes we could be headed toward an event with epic weights.

“The first week of March is a little iffy weatherwise – you don’t know if you’re gonna see the lake really show out,” Scanlon said. “But, we’ve had a pretty mild winter, and they’ve been chewing, so I would think we’re gonna see a pretty good tournament.”

With water temps expected to be in the 40s, Scanlon said he thinks the whole lake will play for a winter or prespawn bite.

“We’ll be in a winter or prespawn mode,” Scanlon said. “Fish will be staging up, but still a month off from really making a hard push. So, you’re talking umbrella rigs, jerkbaits, crankbaits and spinnerbaits. There will be fish caught extremely shallow, and fish deep on the bottom and suspended. The lake has been fishing pretty diverse – better than it has in a while, so I’m thinking it will be a really fun event.”

Historically in fall events on Lake of the Ozarks, anglers have ranged far and wide over the lake, with winning bags coming from way up the river to right near takeoff. Scanlon said he expects that to be the case this time as well, but anticipates the docks will be less important than they are in the fall.

“The fish are going to be, in general, more bank-related as opposed to dock-related,” Scanlon said. “We’ve been there a lot in the fall, where guys are fishing deep around those boat docks – and I’m not saying it’s not going to play – but normally it’s a more visible cover. Brushpiles and things like that are definitely going to play, but you’re going to see more guys fishing behind docks, targeting laydowns and doing typical prespawn stuff.

Anglers will take off daily at 7 a.m. CT from Public Beach No. 2 in Osage Beach. Weigh-ins will also be held at the park and will begin at 3 p.m. Attendance is limited to competing anglers and essential staff only. Fans are encouraged to follow the event online through the “MLF Live” weigh-in broadcasts and daily coverage at MajorLeagueFishing.com.

The 2021 Toyota Series presented by A.R.E. consists of six divisions – Central, Northern, Plains, Southern, Southwestern and Western – each holding three regular-season events, along with the International division. Anglers who finish in the top 25 from each division, along with tournament winners and the top 12 from the new Wild Card Division, will qualify for the no-entry-fee Toyota Series presented by A.R.E. Championship for a shot at winning $235,000 cash, including a $35,000 Phoenix MLF BIG5 Bonus for qualified anglers. The winning Strike King co-angler at the championship earns a new Phoenix 518 Pro bass boat with a 115-horsepower Mercury outboard. The 2021 Toyota Series Championship presented by A.R.E. will be held Oct. 28-30 on Pickwick Lake in Counce, Tennessee, and is hosted by the Hardin County Convention and Visitors Bureau. For complete details and updated information visit MajorLeagueFishing.com. For regular updates, photos, tournament news and more, follow the Toyota Series presented by A.R.E. on the MLF BIG5’s social media outlets at Facebook, Twitter, Instagram, and YouTube.