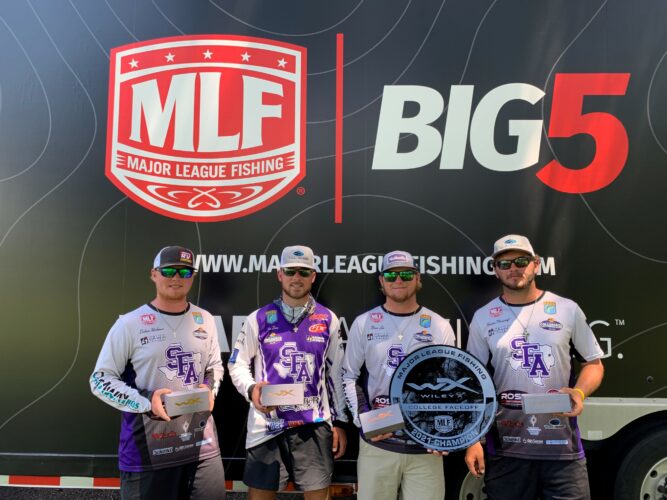 “We caught our fish cranking a 6th Sense Cloud 9 C-10 crankbait,” the duo told MLF officials. “We fished on a point that had shells on it, and we also seemed to believe that there was bream spawning on it as well. When they wouldn’t eat the crankbait. we caught them dragging a Carolina-rig with a 6th Sense Flush. We also caught a few flipping the bushes, but the majority came on that same point.”

The 10 teams that competed in the Wiley X College Faceoff at Lake O’ The Pines finished: