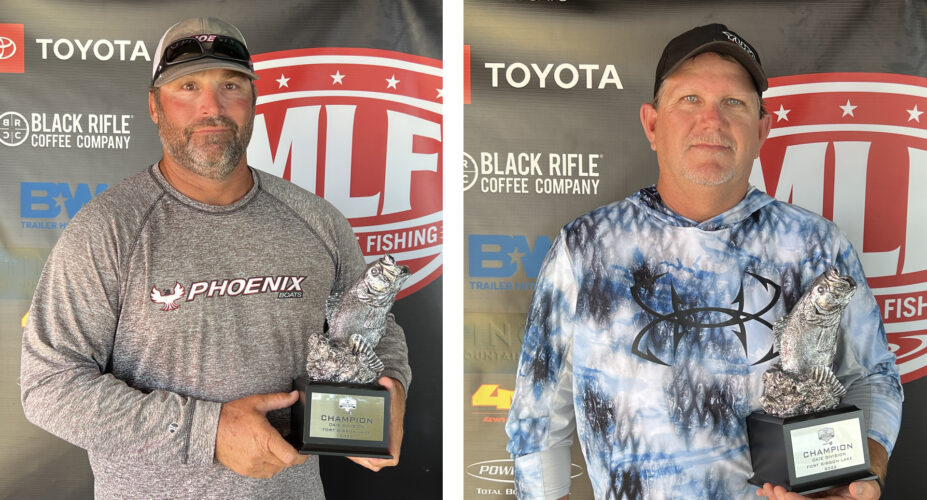 “I started out fishing mid-lake throwing a (River2Sea) Whopper Plopper, and I caught a keeper on it early,” Brumnett said. “So, I fished there for the first couple of hours and then moved to the upper end of the lake and started fishing laydowns and stumps. I ended up catching two more keepers up there flipping a Gene Larew Biffle Bug and a 10-inch Berkley Powerbait Power Worm. Then I finished the day fishing rock piles and upgraded twice.

“I probably caught 15 fish, and 12 of those were keepers,” Brumnett said. “I pulled up on one of my rock piles and caught a 4½-pounder and that put me at about 12 pounds at that time. I hit a few more of my spots and didn’t get any bites, so I went back to that rock pile with 20 minutes to go and caught another 4½-pounder off of it.”

Brumnett’s win was his second BFL victory on Fort Gibson Lake. His first came in 2017.

“The lake’s been fishing tough, and I had two sons who fished on the boater side, so I had to work around them,” Brumnett said with a laugh. His son, Eli, finished sixth in the event, and son Tate placed 33rd.

Roberts caught a largemouth that weighed 5 pounds, 5 ounces that was the heaviest of the event in the Boater Division and earned the day’s Berkley Big Bass Boater award of $585.

Derrick Skinner of Muskogee, Oklahoma, caught the largest bass in the Co-angler Division, a fish weighing in at 4 pounds, 14 ounces. The catch earned him the day’s Berkley Big Bass Co-angler award of $292.