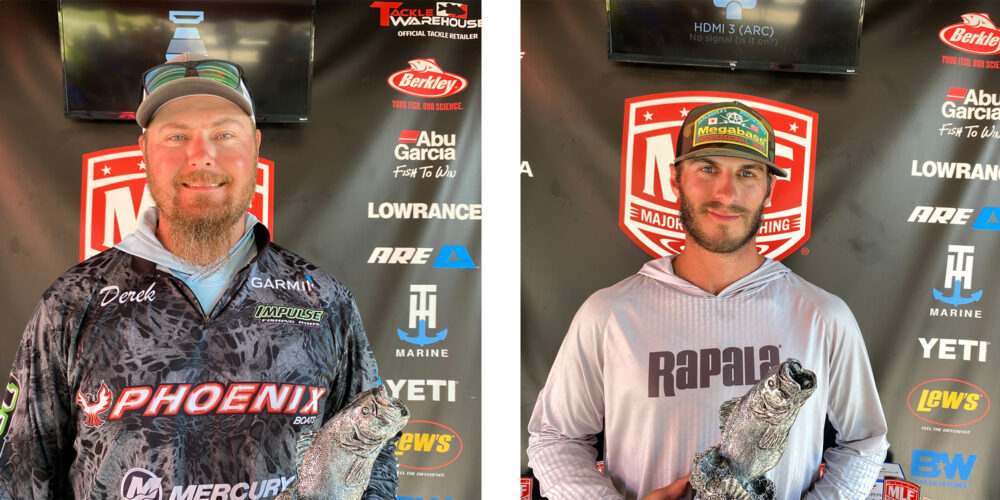 “We made a long run up the lake to Thibault Point and started out flipping bushes and caught a couple of keepers,” said Felton while recounting his first tournament experience on Lake Truman. “Then the sun got up, and we decided to run back down the lake and fished some pockets I’d found in practice.”

Felton said the first pocket he stopped at produced a couple of 3-pound bass, and the next stop resulted in a 4-pounder.

“After that, I just slowly upgraded one at a time throughout the day,” Felton said. “I probably caught 20 to 25 fish during the day flipping bushes in 3 feet of water with a Jewel Baits Pro Spider Jig. Nine of those were keepers.”

Felton said he didn’t feel comfortable with the limit he had in the livewell at the end of the day, but Felton’s tournament had a surprise ending.

“I felt like I would end up in the Top 10,” Felton said. “But I had more weight than I expected. This win feels amazing.”

Statler also caught a largemouth weighing 4 pounds, 14 ounces, the heaviest of the event in the Boater Division, to earn the day’s Berkley Big Bass Boater award of $880.

Tom Leblanc of Omaha, Nebraska, caught the largest bass in the Co-angler Division, a fish weighing in at 5 pounds, 15 ounces. The catch earned him the day’s Berkley Big Bass Co-angler award of $437.