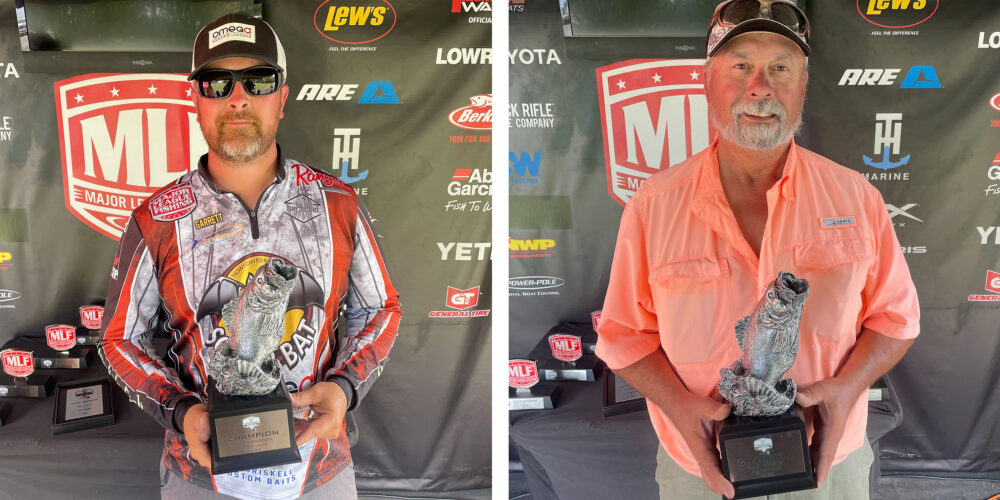 McDowell said he began his tournament fishing rip rap on the north end of Rend, where wind was prevalent and blowing baitfish onto rock. McDowell said he caught six keepers Saturday morning on a Z-Man Jack Hammer Evergreen ChatterBait , then moved to fish holding in less than a foot of water. On Sunday, the wind was coming from a different direction and the bass were not holding on the rip rap, so McDowell said he fished shallow, but cloud cover hampered quality production.

“With about an hour left the clouds broke, and I was able to get my last two bites flipping cyprus trees,” McDowell said.

“This feels pretty good,” McDowell said. “My first BFL win was in a Super Tournament on Shelbyville in 2018. This is just kind of my time of year – when it transitions into the fall bite. That’s kind of when I shine.”

Wayne O’Dell of Toledo, Illinois, had a bass that weighed 5 pounds, 12 ounces that was the heaviest of the event in the Boater Division and earned the Berkley Big Bass Boater award of $630.

Drake Horn of Murphysboro, Illinois, caught the largest bass in the Strike King Co-angler Division, a fish weighing in at 5 pounds, 3 ounces. The catch earned him the Berkley Big Bass Co-angler award of $307.