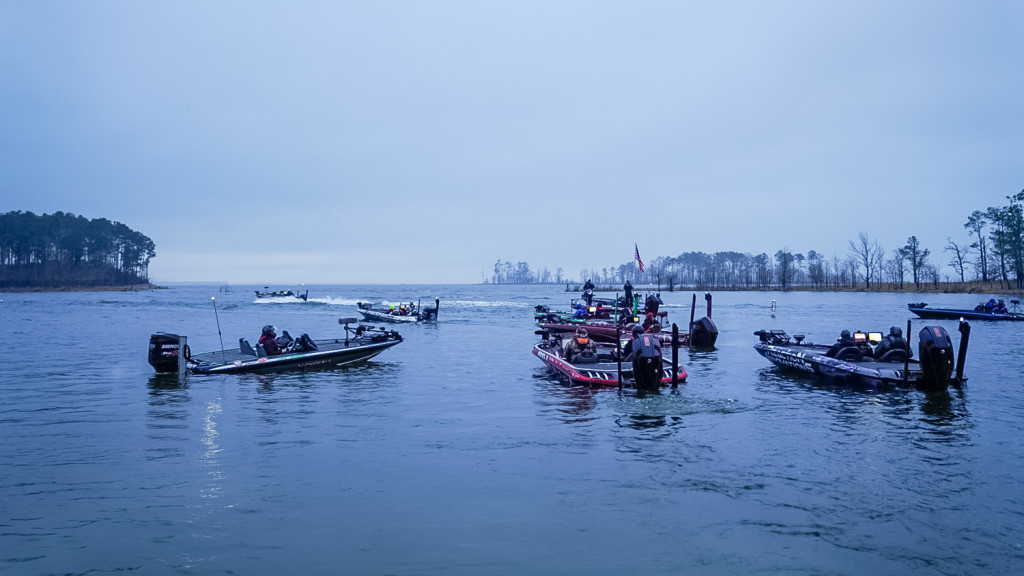 Big fish, multiple patterns and some of the best bass water in the country will set the stage for the season opener of the Toyota Series Southwestern Division on Sam Rayburn, which is presented by Berkley. The lake already kicked out one 40-pound limit to start 2021 in a recent Phoenix Bass Fishing League presented by T-H Marine event, so things are looking promising as the prespawn bite should be picking up.

Sam Rayburn has a reputation as a phenomenal bass fishery and a giant in the tournament world. At more than 114,000 acres, it’s the largest reservoir contained entirely within the borders of the Lone Star State. The lake is a flood-control impoundment, so it does experience high- and low-water years, fluctuating roughly 7 feet throughout a typical season. Currently, the lake is on the rise and is roughly 2 ½ feet below full pool.

One of the main reasons Rayburn is such a draw for tournament anglers and fishing enthusiasts alike is that it’s an easy 20-plus-pound lake, where limits that weigh in the upper 20s are common. Heck, limits weighing over 40 pounds have become commonplace the last two seasons on Big Sam. It also doesn’t hurt that you legitimately could catch a 10-pounder on nearly any cast.

Tackle Warehouse Pro Circuit pro and Rayburn legend Dicky Newberry is expecting good things from the fishery at the end of January.

“We’ve had a lot of rain and the lake is coming up,” Newberry says. “We got a little color in the water and the creeks are kind of trashed for now, but the lake’s in good shape. There’s a lot of fish in the lake and they’re healthy, too. They’re what you expect this time of year.

“There’s a lot of small fish in the lake now, but the big fish are there and they’re still coming out deep. There’s not a lot of groups of them, but if you can run into them, they’re huge. We saw 40 pounds weighed last year in the [Phoenix Bass Fishing League event] and we saw 40 again win this year. That’s all those females sitting out there waiting to come up, which they will in mid to late February.”

With the tournament being held at the end of January, some fish will begin to push shallow to stage in preparation for the spawn. Because of that, Newberry says there’ll be a little bit of everything to fish for this tournament.

“Big stringers are going to come out on the outside on the clay, drops and ridges, stuff like that.,” he says. “That’s where those big ones are living right now. There’s a pad stem bite, too. And we might have water up in the bushes by then, so that could be going on. That’s the thing about Rayburn, it’s got a little bit of everything.”

While fishing deep may produce the biggest limits of the event, Newberry isn’t ready to write off anything up shallow. Despite the lake kicking out a 40-pound limit just the other week, he feels like 57 to 60 pounds should be the benchmark for a winning weight.

“It can be won in any of those patterns, or a combination of them,” says Newberry. “There’s just so many fish. Even though Rayburn gets so much pressure, it still takes over 20 to win single-day tournaments, and sometimes, 30 or 40. But I think around 60 pounds will win this one.”

You can’t talk about fishing this time of year on Rayburn without mentioning a lipless crankbait and Newberry believes that’ll be a major factor.

“We’ve got a lot of good hydrilla that’s shallow now and I think a Rat-L-Trap is going to be a big player,” Newberry says.

A spinnerbait, ChatterBait and jig will certainly produce for fish around the bushes or pads, but the main focus will likely be on the offshore program. For that, a Carolina rig, deep-diving crankbait and a football jig should do the bulk of the work.