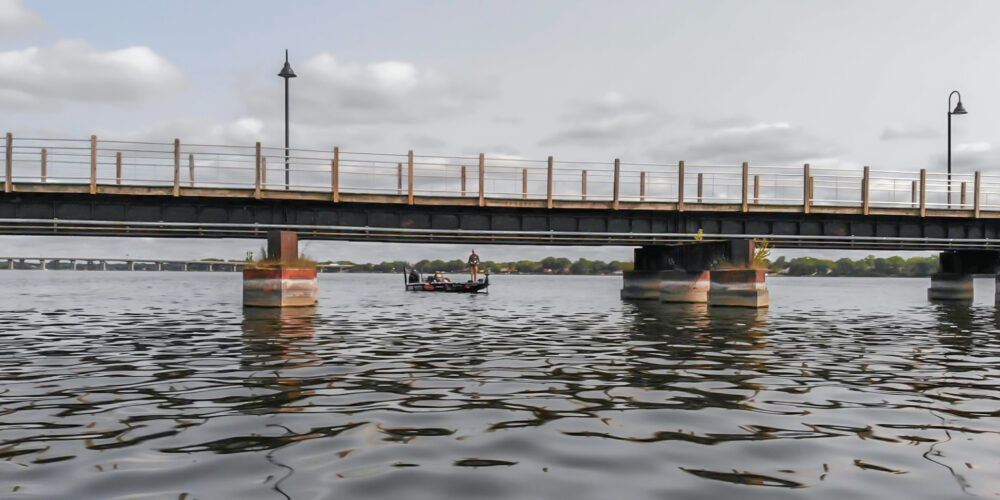 One of the most challenging situations for bass fishing is targeting and catching suspended bass. When they are closer to the bottom, lure selection becomes more straightforward than when intercepting them in the middle of the water column. But, suspended bass can still be caught and Arizona pro Josh Bertrand keeps it simple and with the odds in his favor.

Bertrand believes that suspended bass are nearly always an option because there are so many situations that cause bass to sit in the middle of the water column.

“I’d say that there will be bass are suspended all year long except right in the middle of the spawn,” Bertrand says. “They’ll suspend when it’s really hot out or when it’s really cold. Also, anytime they’re out chasing baitfish. Bass will be suspended because they’re actively feeding and also when they’re in a non-aggressive or neutral mood.”

In summary, some bass will nearly always be suspended on a given body of water, and there’s one place that almost always gathers them: bridge piling.

Bridges are a classic bass-attracting structure; consequently, they also congregate anglers. Anglers in boats will fish them, and the shorelines on either side of bridges are classic shore-fishing locations. But even with so much attention from anglers, pilings are still worthwhile bass magnets.

“I like to call bridges the ‘cheapest places to catch fish,’” Bertrand says. “I don’t mean that negatively or want to make it seem like it’s easy, but there are always some bass around bridge pilings. It’s like that on shallow lakes and rivers to places where the bridge pilings are in a hundred feet of water.”

When faced with large bridges and many pilings, he’ll go to the high-percentage areas first.

“If you have tons of pilings and don’t want to fish them all, start at the ones closest to the bank,” Bertrand. “The other thing to look for is structural changes in the bottom, and the pilings that are right before a big drop in depth. Those are always going to give you a better chance of finding fish.”

Another benefit of bridge pilings is that they’re often constructed at narrow parts of a lake or river. Along with the pilings themselves, they naturally funnel water and create current breaks.

“Current is a big factor when fishing a bridge and you always have to figure out where it’s going because that will help you position the boat correctly,” Bertrand says. “Most of the time, I’ll start on the backside of the current, but there are times when the most aggressive fish will be on the front side of the current if they’re actively feeding.”

According to Bertrand, the best ways to approach bridges for suspended fish is with both vertical or horizontal presentations; he’ll often start with a vertical approach.

“You can be more precise and get the bait to fall right down along the piling with a weighted wacky rig or a drop-shot,” he says. “I always start with a wacky-rigged Berkley PowerBait The General or Bottom Hopper with a nail weight inside. Once I’ve fished them thoroughly, I like to switch to a horizontal bait like a 2.8-inch to 3.8-inch PowerBait Power Swimmer or a fast-sinking Berkley SPY Spinbait to give the fish a different look. The SPY is an excellent clean-up bait for suspended fish.”

One of the biggest challenges when fishing for suspended bass is to figure out how deep they are. That comes with some trial and error, and also utilizing your electronics.

“In my experience, there will be one key depth on a bridge where most of the fish are suspending,” Bertrand said. “With Garmin Panoptix LiveScope, it becomes much easier to scan and see where they are. But, you can also figure it out by paying attention to where your bites are coming.”

To determine where the fish are, Bertrand advises getting in tune with your bait by employing a countdown method.

“If you put your boat in exactly 10 feet of water and drop the bait down below your trolling motor, you can count to see how fast it is falling and get a fall rate,” he says. “Once you see how fast it falls, start to count it down and if you get bit, remember that number and do it again.”