Luke Dunkin is Pulling Back the Curtain 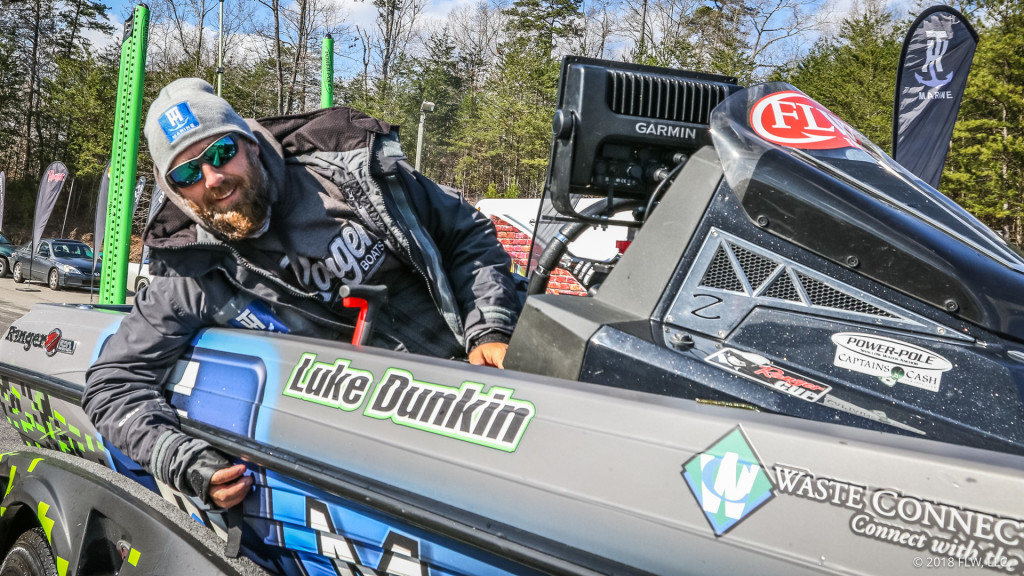 With Luke Dunkin, what you see is what you get. And you get to see a lot.

The three-year FLW pro is all about authenticity – the kind of authenticity that only comes from pulling back the curtain to reveal everything that happens in the life of a Tour angler. As Dunkin puts it, “it’s not all roses.”

“Some days it [Tour life] just flat-out stinks – the weather’s bad, the fishing’s bad, you do bad, you lose fish, your boat breaks down, you’re gone from home for two weeks straight, and you haven’t seen your wife, and you haven’t seen your kids,” he says. “They’re missing you, and you’re missing them. You miss birthdays and anniversaries and holidays. That’s just part of it. It’s what breaks a lot of guys who come out on the road.”

But make no mistake: None of that is breaking Dunkin. In fact, those sometimes-hard-to-stomach drawbacks to fishing professionally are exactly what motivate Dunkin to do what he loves nearly as much as fishing – letting other people into that life.

In the world of tournament fishing, social media has taken prominence as a sponsorship tool, a way for anglers to promote themselves for sponsors and fans alike. No matter how good an angler is on the water, it’s often the pros who embrace the promotional aspects of the sport who stick around longest.

“I think that in this day and age, it’s very important to represent your sponsors on and off the water more than ever,” Dunkin says. “I think if you’re a guy who makes top 10s in every single tournament, if you’re still terrible at promoting – whether that be social media or on stage or whatever – you’re really missing the boat.”

Dunkin practices what he preaches. The 35-year-old has tried to remain on the forefront of social media and self-promotion, but where others fail – in showing only highlights and on-the-water success – Dunkin strives for authenticity. He wants people to see what his life is really like, whether he’s hoisting a trophy or packing up his boat short of the cut.

“I want on-the-water footage with a chase boat following me every single day of the event. If I make the cut, if I don’t, if I finish dead last, if I finish first, I want to show it all,” he says. 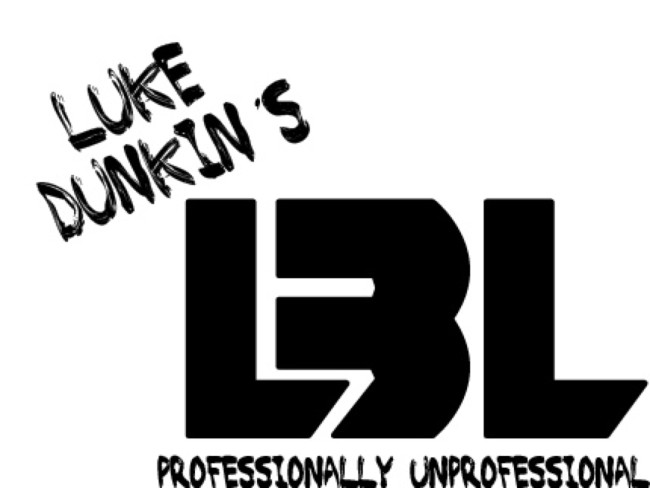 In his pursuit of real authenticity, Dunkin has embraced traditional social media platforms such as Facebook and Instagram. He’s coming around to YouTube, as well, but his primary focus is his Podcast, “Luke Dunkin’s Low Budget Live,” with plans for a video series in 2019 called “Luke Dunkin’s Traveling Circus.”

“Low Budget Live” began as a modest venture at the Forrest Wood Cup in 2017. It was a talk show-style live show Dunkin hosted on Instagram, and the platform continued to play host to each subsequent episode until September 2018 when Dunkin decided it was better to explore other options than a medium that automatically removes story videos after 24 hours.

“We kicked around this idea of doing a live show on Instagram, doing it as inexpensive as we could,” he says. “I had a lot of music equipment from over the years [as a songwriter and musician], and we figured out how to make that work with a cellphone so we could run full audio.

“It has evolved into now a podcast on iTunes and all that, and it continues to grow. We’ve had amazing guests, and it keeps getting better. It’s so much fun. I really enjoy asking people questions that I feel like fans of the sport will find interesting. We don’t necessarily talk about fishing techniques the entire time.”

That, too, is the plan for “Luke Dunkin’s Traveling Circus.” As Dunkin quips, there are enough videos on the Internet about “how to Texas rig a worm or retrieve a spinnerbait.” What he wants to do with his video series is give fans true insight into the world of a professional angler. 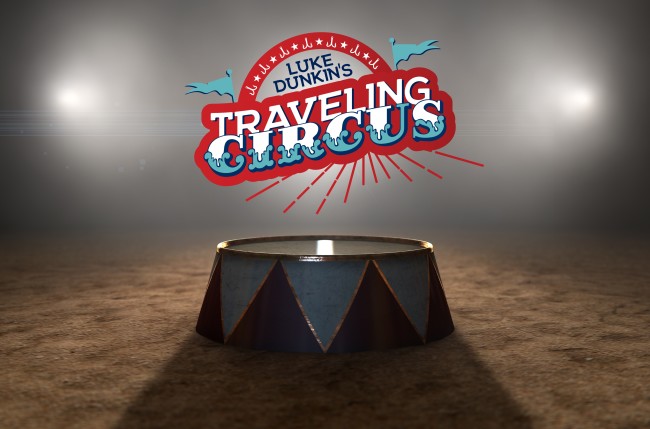 “This video series I’m going to do, I really hope to give everybody an insight into my life on the road and on Tour and the ups and downs,” he explains. “I did one, kind of a vlog, called ‘Low Budget Life’ last year that I filmed all myself with an iPhone. A couple of those got a decent number of views, and I had a lot of fun doing it, so we’re going to kick it up a notch this year [2019].

“It’ll be lifestyle stuff, too. I want that reality series-type stuff where we’re sitting around the house, whoever I’m rooming with, the jokes and the rigging tackle and stuff like that where people see the life. I think that’s really important. Everybody sees the trophies and the big cardboard checks and the shiny boats that are wrapped and the jerseys, but they don’t see everything else.”

No part of Dunkin’s vision for his podcast, video series and social media promotion is about himself, either. It’s neither a selfish venture nor an inauthentic approach to gaining more sponsorship opportunities. For Dunkin, it’s all about entertainment and growing the sport he loves.

“I love this sport. I do,” he says. “I do make money at it, and it is a business for me, but I love being a helping hand in growing this. And the end game, I guess, would be to grow all these channels to as large as they can possibly get, within reason, and pushing the envelope. Keep being creative; keep trying new things and taking risks to deliver the information to people.”

Dunkin is a natural fit for the role. He has personality and a sense of humor. He’s young enough to fully embrace social media and podcasts and video series, but he’s old enough and wise enough to know why they’re so important to growing the sport of bass fishing.

After all, the future superstars of professional fishing are consuming much of their information through those channels, and Dunkin has an opportunity to show them the life of a Tour angler, which is something he didn’t have as an aspiring pro. 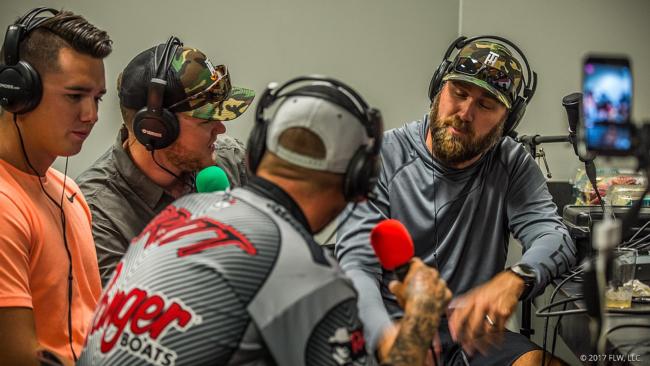 “When I was a 16-year-old kid, if I could have seen into the life of these bass pros that I saw living this glamourous rock star lifestyle, it would have been some critical information to have,” he admits. “It wouldn’t have changed my path at all, but you see these guys with the jerseys and the boats. It’s cool to know there are different sides to it.”

There are different sides to Dunkin, too, like that of a family man. He and his wife, Marissa, have five children. He’s also a musician who’s been playing music for years, having performed at “just about every place” in Nashville, recorded an album and earned a publishing deal. It takes authenticity and honesty to pull back the curtain of one’s life as a musician, and that remains the driving force behind his podcast and social media accounts and future video series.

“I think all of that is very compelling to me,” he says. “That’s the type of stuff I like to see. I like to see honesty and behind-the-scenes kind of stuff, especially in music. That’s what we’re going to try to do with the ‘Traveling Circus.’ That, and of course be funny and hopefully showcase my personality. We’ll definitely be playing music.” 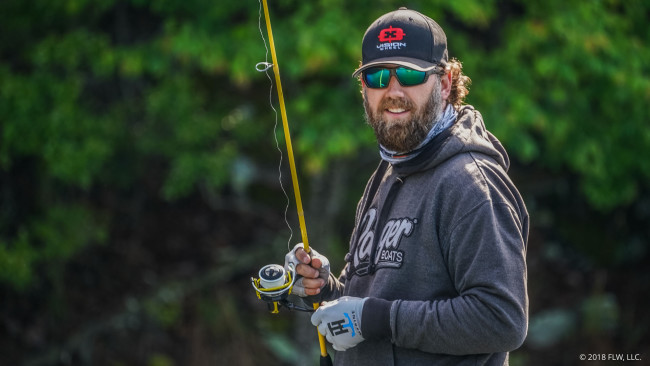