Young Healed, Ready for Another Shot 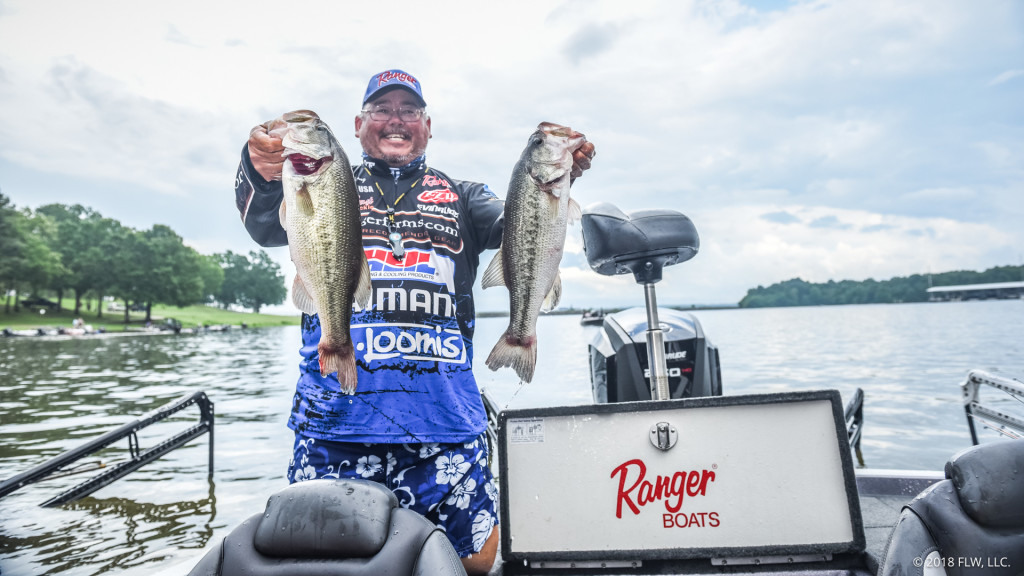 Andy Young is still smiling. Actually, he never really stopped smiling. Or laughing. Or having fun.

Young was even still his normal, jolly self last season when he was in a back brace, limping around on shore at FLW Tour events, watching his friends and colleagues fish while he was recovering from the Jan. 25 boat collision that threatened his career and nearly ended his season.

Optimism is a valuable personality trait in a pro bass angler, and it’s fair to say the Minnesota pro has reason to be optimistic.

That he was able to return to competition for the final two events in 2018 after suffering a compression fracture in his L2 vertebrae in the accident that took place on the first day of the season; that his career trajectory has generally been on the rise during four years on the FLW Tour; that he’s able to make a living fishing having experienced the grind of a 23-year career at a sheet metal company in Chaska, Minn.; that his fishing business is better than ever on the cusp of a new Tour season – all are positives in the life of the 48-year-old.

“I still feel like I’m the same ol’ guy. I just don’t move quite as quick,” he says.

You could say Young has the right attitude to survive the ups and downs of the pro fishing circuit, and if the 2019 season turns out to be his best so far, like it’s shaping up to be, a positive state of mind might be the biggest reason why.

The 2018 season was supposed to be Young’s chance to finally push himself over the edge and into the FLW Cup. In his previous two seasons Young finished 52nd and 51st in the standings, respectively, and barely missed qualifying for the Cup. In 2017, he ended the season with his first-ever FLW Tour top 10. Young was competing, building a sponsor portfolio and loving life on the tournament trail.

Then, on Jan. 25, 2018, the first day of the FLW Tour season, Young’s career momentum was halted when he was involved in a boating collision with fellow pro William Campbell while they traveled boat lanes coursing through one of Lake Okeechobee’s grass mats. Young and his co-angler, James Bianchi, were ejected from the boat but were able to return to the craft and travel back to the takeoff site.

The accident, while it could’ve ended with far graver consequences, effectively put Young’s career on hold for four months.

“Luckily, I didn’t have to have surgery, and there’s no spinal cord damage,” Young says. “I had to wear a brace for about two and a half months. Other than that it should heal back up. They [the doctors] said I might have chronic pain the rest of my life, and I’m going to know what it’s like to have a bad back.”

During the early stages of recovery, Young actually stayed in the South and traveled the FLW Tour trail with roommates and fellow Minnesotans Austin Felix and Dave Larson. Watching his friends compete helped motivate him to eventually get back on the water for the final two events, where Young earned a $10,000 check on Kentucky Lake in the second-to-last tournament.

“It was really hard watching everybody go out there last year,” he says. “But I didn’t want to drive home and have to recuperate in 30-below weather. 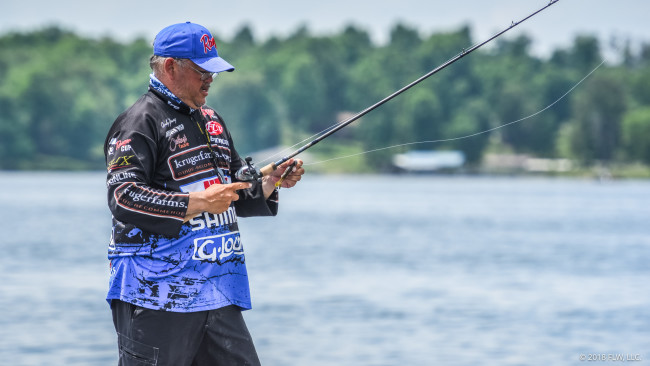 Back to bass fishing

Young feels that he’s ready for another full season; anxious for it, actually. A big part of his rehab, in addition to doctor-ordered physical therapy, was staying active. He got back on the water last summer and pursued ducks, geese and deer in the fall and winter.

Young says he still experiences some soreness after standing in a boat for eight or so hours, but he’s able to tough it out and put in 12-hours days when necessary.

“I’m pretty much back to normal where I can get around and do pretty much anything I could do before,” he says. “My mobility isn’t quite as good as what it used to be. Reaching down to the deck and tying my shoes is kind of tough yet. The doc says it might be that way forever.

“But I fished all summer long, up here on Mille Lacs. I didn’t get my boat back until August. Before that I got to fish with friends. After I got my boat back I fished a lot. I fished about three local tournaments around here. I didn’t do real good in any, but I think I feel good that I can compete. I think I can do all right out there. But I think I’ll be driving my boat a little bit slower than I used to, that’s for sure.”

This season, Young plans to travel with Felix as well as pros Matt Stefan and Mark Fisher. They comprise one of the core groups of a larger collection of Midwestern anglers that has been flourishing on the FLW Tour over the last few seasons.

Young, who was born in Hawaii but has lived in Minnesota since he was 10 years old, attributes the trend to a number of factors, including the example being set by other anglers from the region.

“To be honest with you I think it [competing on a regional or national level] is getting a lot more popular up here ever since some of us guys have had some success,” he says. “You look at, for instance, Seth Feider. I think he has a big influence on the guys up around this area. Or they see me or Josh Douglas and think, ‘If they can do it, I can do it.’ We fished against a lot of those guys for so many years.

“Another thing about the bass fishing up here is that people not from Minnesota don’t realize it’s really good. We catch a lot more fish up here than guys do down there [in the South]. On the best lake in the country down south you can go out and catch one or two fish a day and be really happy about it. Up here, you catch a lot more. Having 20-, 30-, 50-fish days is pretty common. I think the more fish you catch the better off you are.”

Young’s hoping all that fish-catching experience helps him out when he migrates south to start the season. He can’t name a single lake on the schedule that he’s not excited about fishing, but definitely gives the edge to grass lakes where he can flip a jig or otherwise power fish.

That fits the description for most of the Tour lakes this year, including Rayburn, Toho, Seminole, Chickamauga and Champlain.

And if a tournament does wind up being an offshore battle, Young’s OK with that, too. He’s won more money in his career by fishing offshore than shallow.

Still, with all those power-fishing destinations on tap, Young likes his chances of finally accomplishing a career milestone that has thus far eluded him.

“I’m not a big goal setter,” he says. “I probably should be. For me it’s more about going out to do the best I can every day. Obviously, if I did have a goal, it’d be to make the Forrest Wood Cup this year.” 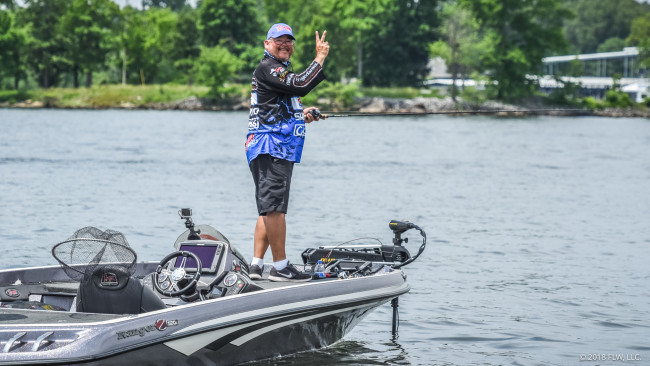 Sponsorship and a slogan

It’s no secret that life on the professional bass trails isn’t all easy. It can be a personal and financial grind. On the personal side, Young is all-in. He’s fishing for a living, which is what he wants more than anything, and he’s adopted a new personal slogan to help motivate him this season: “whatever it takes.”

On the financial side, he’s in a good place too thanks to sponsors such as Biovex, Kruger Farms, International Comfort Products and Outkast Tackle.

“I feel like I’m starting to get a pretty good grasp of it [sponsorship],” he says. “This year I’ve actually got enough sponsorship to where it’s covering all my entry fees and then a little bit more. It’s the first year I’ve been able to say that. It really, really does help.”

A year removed from his accident, Young has his finances in order and his health in check. No wonder he’s smiling. He likes where his career and his life are headed.