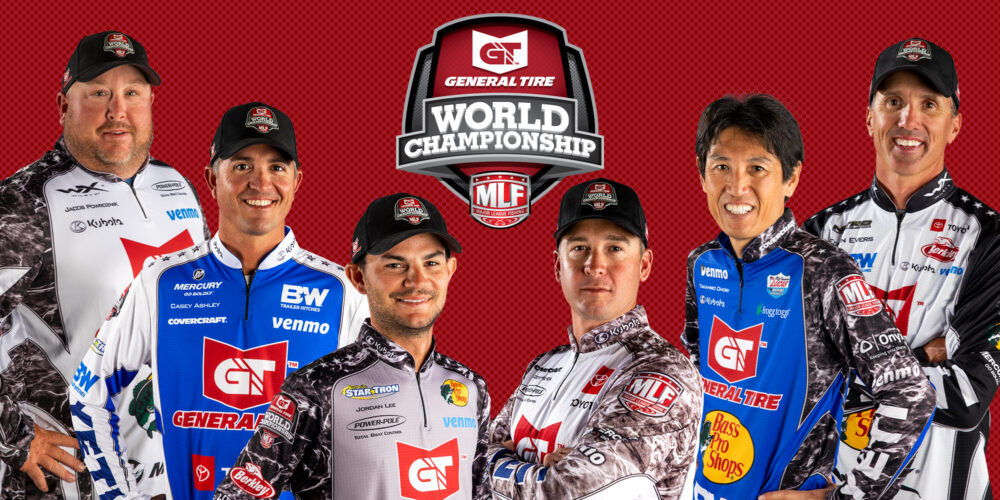 GRAND RAPIDS, Minn. – The sixth and final episode of the 2020 General Tire World Championship Presented by Bass Pro Shops – the Championship Round – will premiere this weekend, Saturday, November 14, at 7 a.m. ET/PT on Discovery. Saturday’s episode will showcase the Championship Round finale, which features the final six anglers competing on northern Minnesota’s Spider Lake, with weights zeroed and the angler with the highest total weight at the end of the episode declared World Champion.

Shot over six days in late July in Grand Rapids, Minnesota, the General Tire World Championship showcased 16 of the top MLF pros culminating the 2020 Cup season and competing for the prestigious Johnny Morris Award trophy and the top prize of $100,000.

“Spider Lake is the perfect old-school, Major League Fishing-twist,” said Marty Stone, MLF Director of Event Research and Program Analyst. “The lake is small – just a touch over 1,000 acres – and there are three docks on the entire lake, and one of them is at the ramp. So, everything that these guys have learned about the boat docks in this event, you can throw out. They’re going to see each other – a lot. There are more largemouth in Spider Lake than anywhere else on the whole chain of lakes, and the lake is literally vegetation from one end to the next.

“It’s a northern lake, so of course there will be some smallmouth there. But, if a guy is trying to fish offshore, they’ve got about four or five spots total to hit and that’s it. The key is going to be fishing the bank – the reeds, the lily pads, the shallow coon-tail and cabbage – and trying to get the bigger largemouth to trigger. The angler that can figure that out is going to win this event and be crowned our 2020 World Champion.”

The 2020 General Tire World Championship Presented by Bass Pro Shops is a six-episode, two-hour series that features 16 MLF pro anglers visiting northern Minnesota to compete on four different fisheries across the region, including Pokegama Lake, Wabana Lake, Turtle Lake, and Spider Lake. The fisheries are unknown to the anglers – they don’t learn where they’re competing until they arrive to the launch ramp each morning of competition.