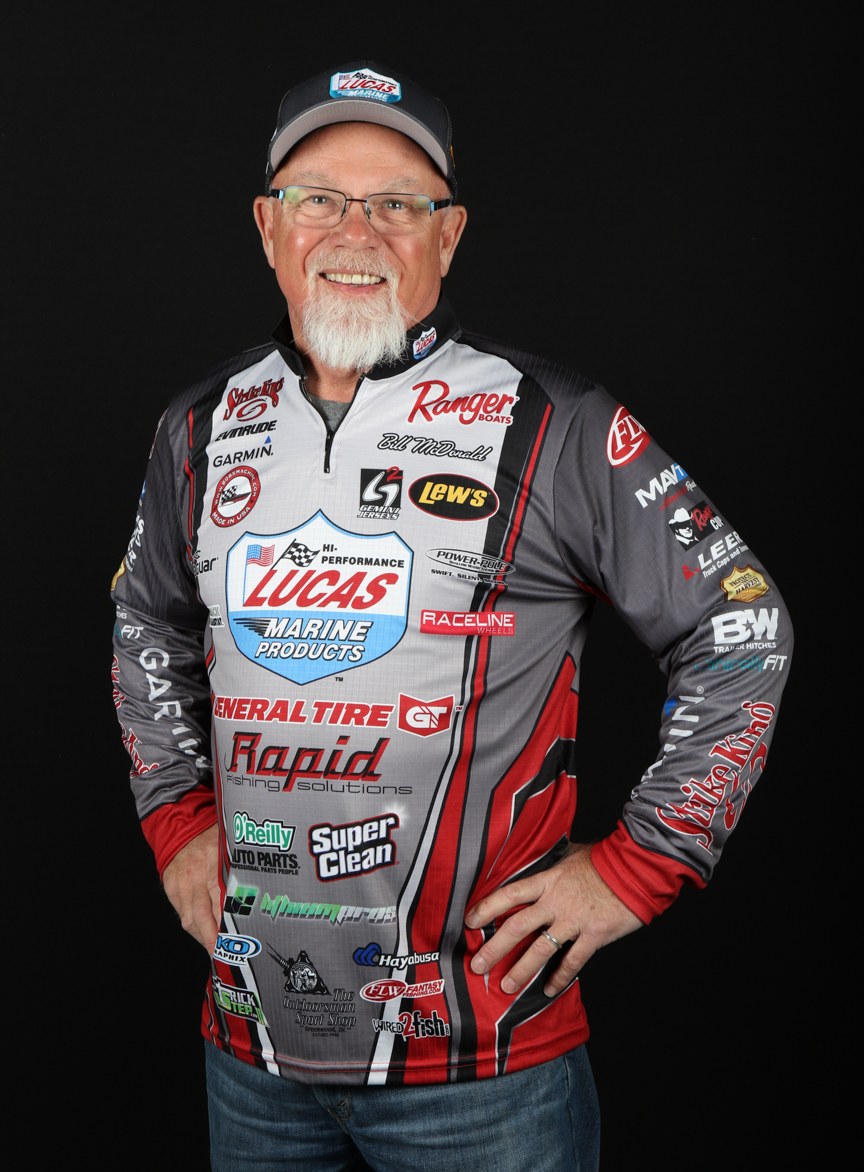 McDonald may be most recently known for his 2012 performance on the Detroit River. The second day at the Tour event, was a day that will undoubtedly be whirling around in McDonald’s mind for a long time to come. He posted the biggest bag of the tournament, an astonishing 25 pounds and 2 ounces of Detroit smallmouth bass. This was good enough to propel him into the lead for tournament, but he faltered slightly on remaining days, eventually finishing as runner up to legend Larry Nixon. When not fishing, McDonald enjoys spending his time outside. Whether he’s fishing, deer hunting, or on the beach with his wife Candy and two children Brandon and Brittany, McDonald is happy just being in the great outdoors.