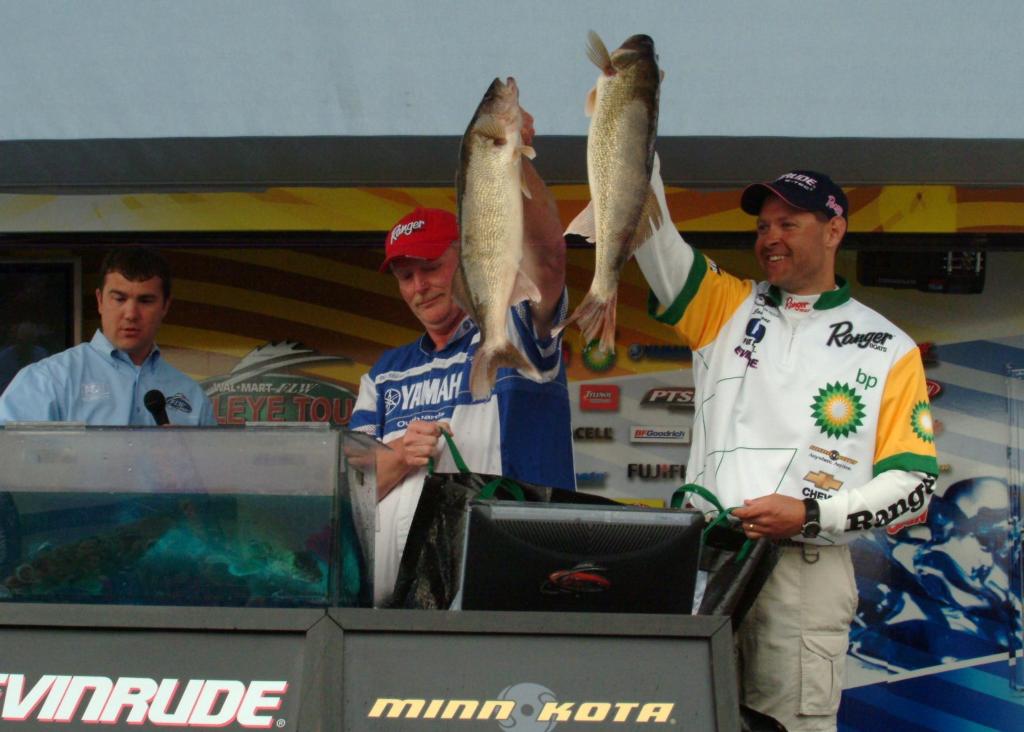 RED WING, Minn. – Phil Milliser has experienced all kinds of success as a professional walleye angler. He’s qualified for the Wal-Mart FLW Walleye Tour Championship, he’s cashed big checks, and he even finished just 7 ounces away from a professional victory.

On day four of the Walleye Tour qualifier in Red Wing, Minn., Milliser added another trophy to his mantle. This was a champion’s trophy, Milliser’s first in seven years fishing with FLW Outdoors.

“This week has been great,” said Milliser, who is fishing as a co-angler in 2007. “I had four super people to fish with, and I couldn’t ask for a better week. My daughter graduated from college today, and I got a big check and trophy.” 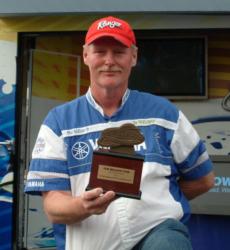 The jovial Milliser is commonly referred to on tour as the Pickleman. He’s been driving trucks the past 30 years, hauling pickles all over the Midwest. This week the Plymouth, Ind., native has been the recipient of unbelievably good draws, but he’s also held up his end of the bargain.

On day one he was paired with Alma, Wis., pro Jarrad Fluekiger, who guides on the river. On day two, he drew Elmwood, Wis., pro Nick Johnson, who finished the event in second place. Yesterday he fished with 13th-place pro Mark Gosse of Wabasha, Minn.

Partnered with pro Jason Przekurat on day four, the two caught five walleyes that weighed 27 pounds, 3 ounces. Milliser had a very important role in today’s success, catching two of the seven fish in the box. He jigged one rod and watched another as part of Przekurat’s master plan. Milliser finished the tournament with a four-day total of 20 walleyes weighing 87 pounds, 5 ounces. 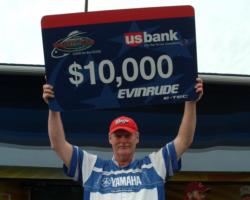 Once the pairings were announced Tuesday night at registration, fellow co-angler Jimmy Cox actually called Julie Milliser, Phil’s wife, to tell her that Phil was going to win the event. Little did they know, he would beat his closest competitor by more than 25 pounds.

“This day couldn’t get much better. Now that my daughter is out of school, I will be purchasing a new Ranger boat this fall.”

The Pickleman earned $10,000 for his first Walleye Tour victory on Old Man River. With that new Ranger, expect him to rejoin the pro ranks in 2008.

Coming in second for the co-anglers was Justin Steinke of Birnamwood, Wis. Steinke, more commonly known in walleye-fishing circles as Knuckles, started the day in fourth place and moved up to second thanks to a 17-pound, 13-ounce catch. He finished the tournament with 62 pounds, 5 ounces, earning a purse of $5,000. 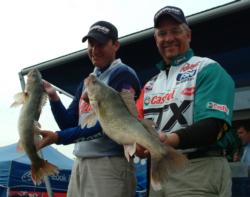 Ironically, he lost because his good friend and travel partner Jason Przekurat caught so many fish. Steinke currently sits fourth in the Angler of the Year race and has three top-10 finishes in his career.

“I don’t mind getting beat, as long as it’s him beating me,” said Steinke of losing to the pro winner’s 27-pound, 3-ounce day-four limit.

Rounding out the top 10 co-angler finalists at the FLW Walleye Tour event on the Mississippi River: