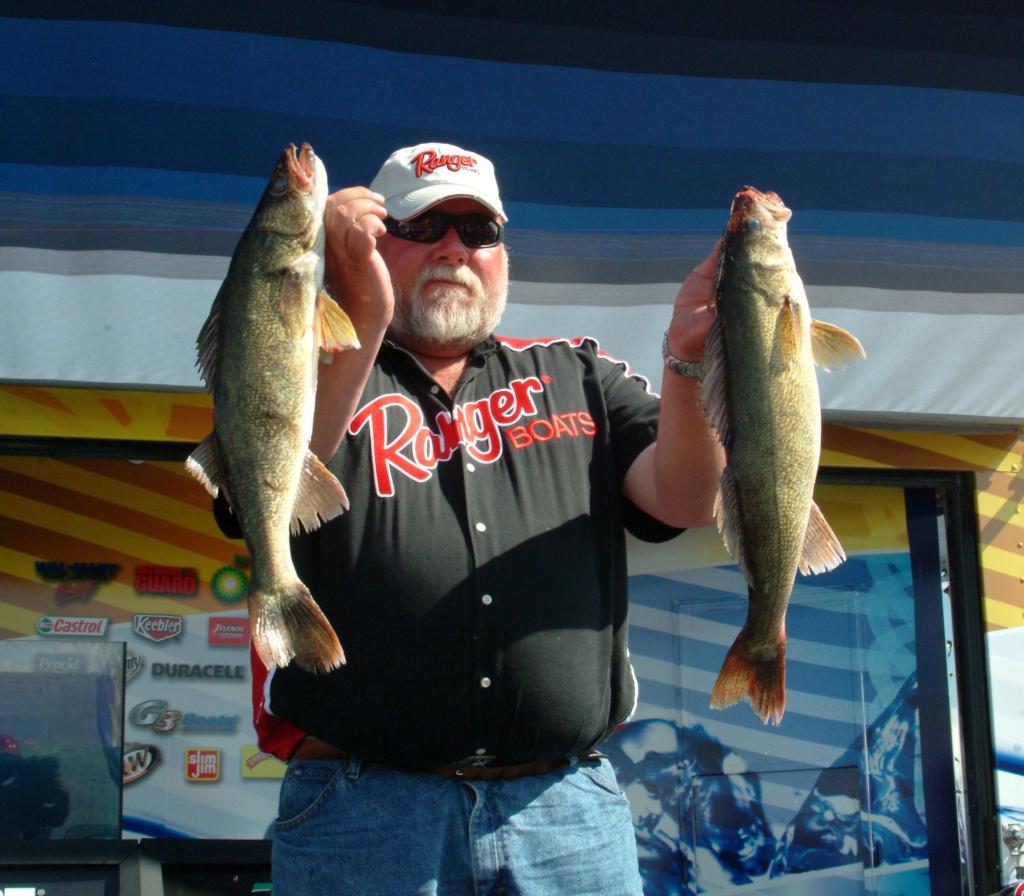 DEVILS LAKE, N.D. – Each of the past two years, high winds have squelched a hot bobber bite and allowed a crankbait angler to come from behind to capture the Devils Lake title. But this year the ever-expanding lake lay down, allowing bobber extraordinaire Pete Harsh to claim his first Wal-Mart FLW Walleye Tour victory.

Some have said Devils Lake owed Harsh a win as he claimed second last year and 11th in 2005. Moments before the outcome of the tournament was determined, Harsh seemed prepared to accept his destiny as runner-up yet again.

“Last year I had a second, and I’d hate to have another second,” Harsh said shortly before he captured his first title. “I guess after two and a half days of practice, second isn’t so bad.”

This time around, there was no second. Mr. Tiller went out in boat No. 3 Saturday morning and caught five walleyes that weighed 23 pounds, 3 ounces. As is always the case with Harsh on Devils Lake, the fish were caught in the trees with slip-corks and leeches. More specifically, Harsh fished 6 to 7 feet of water and presented his jumbo leeches approximately 18 inches off the bottom. 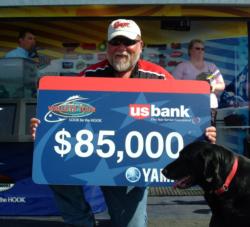 “I didn’t have a lot of preparation for this event. I didn’t think that I even had a chance at winning. I happened to luck into three spots that were holding fish every day, and I just had to catch them.

“It felt really good to get these fish,” added the Sauk Centre, Minn., pro. “We had five good fish in the livewell by 9 a.m. When you’re bringing in 19-inch walleyes over the side of the boat like they’re perch, I guess you’re doing OK.”

Harsh fished the Pelican Bay area of Devils Lake all week. He credited most of his luck to his fishing partner, a black lab named Shadow.

“I have fished every day with Shadow so far this week. Today I was planning on leaving her with some friends. I was walking back to my boat, and I could hear her barking and whining. I said to myself, I can’t do that to her. I went and got her, took her with me, and now I’m holding this trophy and a good check. She is my lucky charm.” 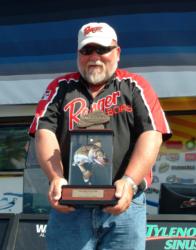 Although this is Harsh’s first Walleye Tour win, he has recorded four PWT victories in his career. After coming so close on the FLW side the past few years, this one was sweet.

“Any given day, I’d rather be lucky than good. Today was one of them. I have fished both FLW Outdoors events as well as PWT events, and winning is not an easy task. This win means everything to me. Winning here and representing Ranger Boats is just incredible.”

For finally cracking the Devils Lake curse, Harsh earned a first-place check of $85,000. His three-day total weight was 63 pounds, 1 ounce.

Renschen holds on to second

Pro John Renschen caught the second-heaviest limit of the day, but it wasn’t enough to keep Harsh at bay. His five-walleye limit, which weighed 20 pounds, 12 ounces, was roughly a pound and a half shy of victory. This was Renschen’s first top-10 finish of his Walleye Tour career, and he performed admirably. 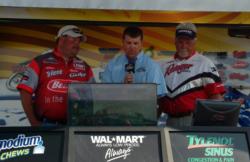 He started day four in East Bay but only spent an hour there before moving to Black Tiger Bay. There he tried corking for 15 minutes, but it was unsuccessful. He flourished by throwing a black-and-gold No. 4 RS Shad Rap. He only caught seven walleyes total, but all were quality fish.

“I had a great tournament,” said the Red Wing, Minn., river rat. “Every fish we had on, we got in the boat. You can’t ask for more than that.”

Ertel moves up to third

Brad Ertel brought in five walleyes for 16 pounds, 8 ounces on day four and moved from sixth place all the way to third. His three-day total weight was 55 pounds, 4 ounces. 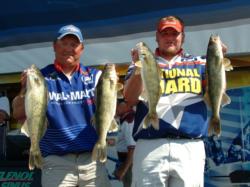 The Hudson, Wis., pro said his bobber bite progressively got slower, and he had to resort mostly to pitching crankbaits.

“I’m pretty excited,” he said. “I’ve had a tough year up to this point. I’m really proud to be up here onstage.”

Ertel’s execution was flawless Saturday, as he received only five bites yet still managed a sizeable limit. His third-place finish netted him $19,000 and was his first Walleye Tour top-10.

Much like Ertel, pro Rick McLaughlin saved his best for last and moved from ninth place to fourth. The 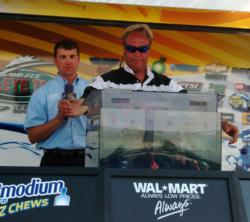 “These fish are biting,” said McLaughlin. “This week was a lot of fun. I tried to convince my wife to come up here, but she said it’s too cold. She said the ice is too thick.”

His fourth-place finish was worth $14,000. Just like Renschen and Ertel, McLaughlin was making his first appearance in the final round of 10 boats.

Rounding out the top 10 pro finalists at the FLW Walleye Tour event on Devils Lake: 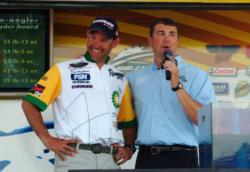 Chris Gilman maintained his lead in the Land O’Lakes Angler of the Year race after three events. To date, Gilman has accumulated 434 points. Behind him is Przekurat, the 2003 AOY, with 430 points and Franklin with 405 points.