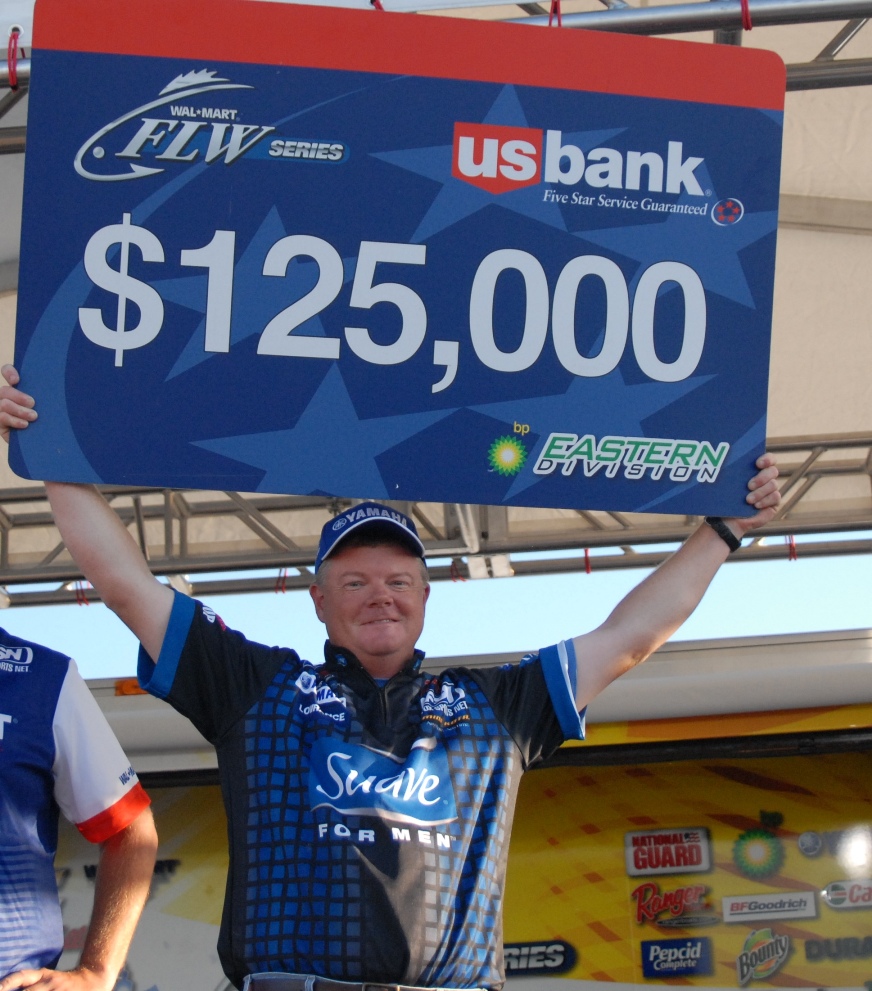 FLORENCE, Ala. – Several weeks ago Suave pro Mark Rose made a very wise investment of his time. He trailered his boat from his home in Marion, Ark., over to Pickwick Lake to do a little pre-tournament scouting for the fourth and final Wal-Mart FLW Series BP Eastern event.

That investment paid off handsomely today in the form of a $125,000 payday as Rose held off his competition for a wire-to-wire win of the BP Eastern event.

“I hardly ever do that,” Rose said of his pre-tournament practice. “But I needed to make up some ground in the points to qualify for the FLW Series East/West shootout and I wanted to do everything I could to make that happen.”

“For a couple days before cut-off, I rode around on Pickwick looking at deep structure and finding deep mussel beds with my Lowrance graph,” he continued. “And what I found really

surprised me for Pickwick: I discovered four big schools of quality fish. It was definitely a summertime pattern, but I figured if it stayed warm, they might hold.”

And hold they did. With warm weather gracing the southeast into October, two of Rose’s primary spots continued to hold fish through the official cut-off period and into the tournament.

During the event, Rose focused on mussel beds in 14 to 16 feet of water near Yellow Creek. In the mornings the fish would be on the tops of the clam beds and in the afternoons they would retreat to the sides.

He targeted the fish all week by dragging a ¾-ounce Strike King football head jig teamed with a Rage-Tail trailer over the beds. His primary line was 15-pound test Seaguar fluorocarbon Invis-X.

“This win is something special for my family and my sponsors, that’s who this is for, not me,” he said. “I don’t have to win tournaments to be content. I give God all the glory for allowing me to make a living fishing.” 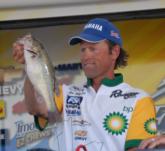 Moynagh, like most of the top 5, also dragged a jig on deep, offshore structure in about 15 to 20 feet of water on the lower end of Pickwick.

His primary lure was a ¾-ounce Jim Moynagh All-Terrain Tackle jig teamed with a twin-tail trailer and fished on 12-pound test Gamma fluorocarbon. 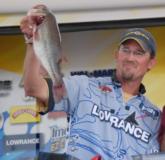 He, too, fished deep in the Yellow Creek area with a jig.

“I finally got it dialed into one little rough spot in about 16 feet of water,” he said. “And this spot was no bigger than 5 feet by 5 feet max. From what I could tell it had two big boulders on it and was surrounded by rubble. But every time I hit it, it was an automatic bite. I probably caught 20 fish off it today.”

Ferguson’s tackle consisted of a 1/2-ounce football head jig made by Hook, Line and Sinker in Rogers, Ark., trailed with a Paca Craw and tied to 14-pound test Sunline FC Sniper fluorocarbon. He also caught some fish on a Carolina-rigged Yamamoto Senko. 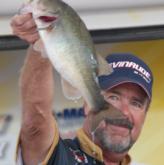 He fished in the mid-lake area of Pickwick near Second Creek in 14 to 17 feet.

“What saved my hide in this tournament was figuring out that the fish wanted that jig hopped high off the bottom on the third day,” Nixon said. “I had been slow dragging it the first two days, but I hardly had a fish at 1 o’clock yesterday. Then I started snapping that jig up off the bottom real hard and that set them off – they went to eating it.”

Pugh started each morning in a marina trying to box a quick limit by fishing jigs, shakey heads and spinnerbaits under marina docks.

Once he secured a limit, he headed out for deeper waters on the lower end of Pickwick with 5/8-ounce Gambler jig teamed with a large salty chunk tied to Berkley Trilene 15-pound test fluorocarbon to upgrade his catch.

Rounding out the top-10 pros in the FLW Series BP Eastern event on Lake Pickwick: