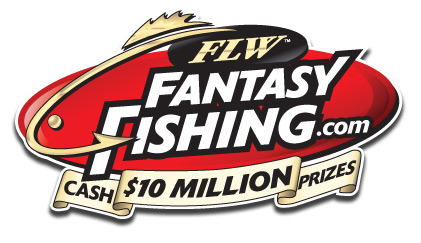 – MODERATOR COMMENT –
Welcome to FLW Live Reel Chat. Today we’re joined by our resident FLW Fantasy Fishing experts, who are here to answer any question you may have regarding upcoming 2009 Fantasy Fishing events, including this week’s event on Lake Norman in Charlotte, N.C.

– MODERATOR COMMENT –
With over $10 million in cash and prizes at stake in this year’s contest, FLW Fantasy Fishing remains the most lucrative fantasy sports contest ever realized. So without further delay, let’s get started.

Q: Who is the best sight-fisherman on the Tour?
— Greg (Riverview, Fla.)
A: Koby Kreiger, Greg Pugh and Clark Wendlandt are the three big names that come to mind.

Q: Isn’t home-field advantage a little overrated? In my experience, fishermen will go to their old haunts and fish where they have caught fish in the past. But these places simply take a beating, and the fishermen usually fall on their faces.
— Steven Bullard (Shelbyville, Ind.)
A: For the most part the answer is yes, there is a significant advantage to having more knowledge of the lake than your competitors. However, having too many spots can backfire at times for some local anglers, as there is a tendancy to fish those spots too quickly in an attempt to make sure they hit every “secret” location.

Q: The weather is supposed to warm by Friday. Will this give an advatage to the shallow-bite fishermen?
— BJ Butcher (Greentown, Ind.)
A: The way the forecast looks now, the water will both clear up and warm up. This will bring the fish shallower and make them easier for the anglers to see. Practice may not be dominated by sight-fishing, but the current forecast could very well change that.

Q: How will all the fresh water we are getting this week affect the tourney next weekend? The weather looks like it will be partly sunny with no wind. How will these conditions affect the outcome?
— Jimmy Hollis (Boyce, La.)
A: The recent rain has stained the color of the water, which makes it harder to see spawning bass. However, the stable weather in the forecast should translate into improved water clarity. By the weekend, the water should be clear enough for anglers who wish to employ sight-fishing techniques.

Q: How do you see the conditions shaping up for this year? Do you see it resembling last year or the year before more closely? Will the shad be spawning when the tournament kicks off?
— Doug (Fostoria, Ohio)
A: The conditions should shape up very similiar to last year, with the exceptions being that the water levels are higher and the water is more stained. If the conditions don’t clear, sight-fishing might not play as big of a role. But bear in mind spawning bass can be caught with other techniques as well.

Q: Are the fish bedding on Norman?
— Greg (Riverview, Fla.)
A: The fish are at all three stages: prespawn, spawn and postspawn. But the majority of fish are in the spawing to postspawing stages right now.

Q: How important is the boat draw the night before the tournament? I feel like I get a slight edge by looking it up.
— Jim (New Port Richey, Fla.)
A: In some circumstances, boat draw information can be somewhat important. For example, during sight-fishing tournaments, the first flight of boats has the first crack at finding quality bedding bass — generally female largemouths. Boat numbers are important, but don’t base your picks solely on them.

Q: We have heard the spawn might be in full swing this year instead of the postspawn conditions found during the previous two years? Is this true, and how will that affect the anglers?
— Jeremy Watney (Ripon, Calif.)
A: It will mostly be a spawn tournament, but quality largemouth bass are scarce right now. That means finding a postspawn shad bite could very well be the winning technique at the Lake Norman tourney. While most anglers will probably be fishing for spawning bass, the tournament can definitely be won on a postspawn pattern.

Q: If the experts weren’t living out their fishing fantasies, what would they be doing today?
— Anna (Macon, Ga.)
A: The consensus among the fantasy experts is that if we weren’t here answering questions right now, we’d all be on the beach in Hawaii. However, that being said, the pay for being a fantasy expert wouldn’t get us a bus pass down to the local grocery store.

Q: Which local has the best chance of making the top 10?
— J.B. (Weirton, W.Va.)
A: It’s a tough call between Bryan Thrift, Brian Travis and Chris Baumgardner. All three have extensive experience on the lake, and they’re all fishing pretty well.

Q: It was lipless rattling crankbaits at Guntersville and Wigglewarts at Table Rock, so what will be the dominant lure at Lake Norman?
— BJ Butcher (Greentown, Ind.)
A: It’s a tossup between a small swimbait and a shaky-head worm. In addition to those, tubes and lizards will be used to catch bed fish.

Q: Have any of the Tour pros talked about the stage of the spawn on Lake Norman?
— Greg (Riverview, Fla.)
A: Several pros have already weighed in on this topic: Michael Bennett, Brian Travis as well as Sean Hoernke. You can view their interviews on this topic by checking out the exclusive online Player’s Advantage video at FantasyFishing.com.

Q: How do they select who leaves the dock first? When is the earliest the fantasy players will know this information?
— Holly Brinkley (Bradford, Ark.)
A: Boat numbers are randomly assigned by computer during Wednesday’s tournament registration meeting. So there is actually a small window between approximately 5 p.m. and midnight (Eastern time) this Wednesday when fantasy players can view that information (under the tab called “pairings” on the FLW Tour page of FLWOutdoors.com) and factor that into their picks if they so choose.

Q: Now that practice is over, who would you pick? Who are the top three anglers to watch?
— Holly Brinkley (Bradford, Ark.)
A: Practice isn’t actually over until this evening, but the most popular pick in the Fantasy Trend currently is Michael Bennett, the reigning 2008 Forrest Wood Cup champion. Besides Bennett, pros such as Scott Canterbury, Jim Moynagh, Greg Pugh, Brent Ehrler and Bryan Thrift are also some of the other pretourney favorites.

Q: How is the weather at Norman right now? And are the fish spawning or postspawn?
— James Powell (Emmett, Idaho)
A: The conditions are very windy right now. It’s somewhat overcast as well. However, the weather is slated to stabilize over the next few days. To answer the second part of your question, anglers should be able to find bass in both the spawn and postspawn phases.

Q: What pros are best known for thier swimbait technique — soft-plastic and hard?
— Greg (Riverview, Fla.)
A: Jay Yelas is great with a swimbait as are a lot of the Western pros such as Brent Ehrler. Scott Suggs is great with the new 4-inch Berkley hollow-belly swimbait — he actually used that bait to finish in second place on Table Rock. Scott Canterbury used the same bait to finish in third place at Lake Norman in 2008. Dave Lefebre has tested out swimbaits quite a bit over the past few years as well.

Q: I have to believe there is a little pool between the “Pundits.” Who is leading?
— Terry (Houston, Texas)
A: Sean Ostruszka, associate editor of FLW Outdoors Magazine, is currently leading all pundits — at least until the end of the Lake Norman event.

Q: Is there any update on Bohannan? I read the story about him and his wife expecting their first child. Will he be there?
— David (Williford, Ark.)
A: As far as we know, Greg Bohannan is planning to fish the tournament. OK, this is truly some late-breaking news. We just got off the phone with fellow competitor Mark Rose who confirms that Bohannan’s son was born April 14. The Bohannans arrived at Lake Norman on Monday, which gives Greg approximately two days of practice time. In short, Bohannan will be part of the field.

Q: Will the shad spawn play a big part at Lake Norman?
— Floyd McAdoo (ElDorado, Ark.)
A: That’s the wild card this tournament. We know bass are spawning, but if the weather gets consistently warm, a shad spawn around docks is possible. In terms of seasonal migration, the bass spawn precedes the shad spawn. So if the shad are spawning, postspawn bass will congregate in the early morning hours along those docks to take advantage of an easy meal.

Q: Name one dark horse for the tournament? And why?
— Terry (Houston, Texas)
A: Tracy Adams. He’s won several local events on Lake Norman, he fishes there often, he likes fishing for largemouth bass, he’s from North Carolina, and he’s currently not that highly ranked on the Fantasy Trend. Plus, he’s got momentum on his side as he’s 15th overall in the 2009 Angler of the Year competition.

Q: How long can pros sustain a hot streak? If a pro one wins a tournament, like Gagliardi won the last one, is it wise to pick them back to back?
— Judd Woller (Tempest, N.C.)
A: I don’t think there is any rhyme or reason to a streak. Sometimes streaks last three or four tournaments, but rarely do they last more than a year. A few years back, pro Rick Clunn actually finished three straight FLW Tour events either in first or second place. However, there have been plenty of pros who have tanked in the next tournament immediately following a win. This year, David Fritts won the opening Lake Guntersville event and followed that up with a 127th-place finish. So, overall, it’s really hard to predict.

Q: Bennett appears to be the top pick among the players. He has two good finishes there in April the last two years. Is this because he fishes a certain technique that we can apply to other anglers to potentially find others who may succeed there?
— Timmy (Augusta, Ga.)
A: Bennett is excellent with finesse techniques as well as weightless baits such as the Berkley sinking minnow. These are the techniques he used at each of the last two Lake Norman tournaments as well. And these techniques are effective on Lake Norman, so it is worth pursuing other anglers who have similiar strengths — Luke Clausen and Brent Ehrler come to mind.

Q: Will any of the tournament picks change between now and the start of the tournament, or are your picks set?
— Jenny (Buffalo, N.Y.)
A: Fantasy picks are always subject to change, but the majority of the information currently up on FantasyFishing.com probably won’t change dramatically. However, some of the pundits are already talking about making some last-minute, minor modifications to their current lineup.

Q: I’m liking the postspawn conditions on this lake and think this may give the locals a bit of an advantage due to the fact that they know where the good spawning and post-spawn areas are. Any thought on a good local with postspawn strengths?
— Greg (Riverview, Fla.)
A: Andy Montgomery and Bryan Thrift are two anglers who could really capitalize if a strong postspawn pattern develops. Jay Yelas is another angler who could benefit from a postspawn pattern, although he’s not a local.

– MODERATOR COMMENT –
Fantasy Fishing fans, unfortunately, that’s all the time we have for our chat right now. We appreciate the tremendous volume of questions and wish there was time to answer them all. However, FLWOutdoors.com will continue to provide as many installments of the FLW Live Reel Chat series as possible as we head deeper into the 2009 season. Again, a very special thanks to all of the fans who participated in today’s Fantasy Fishing Reel Chat special on FLWOutdoors.com.