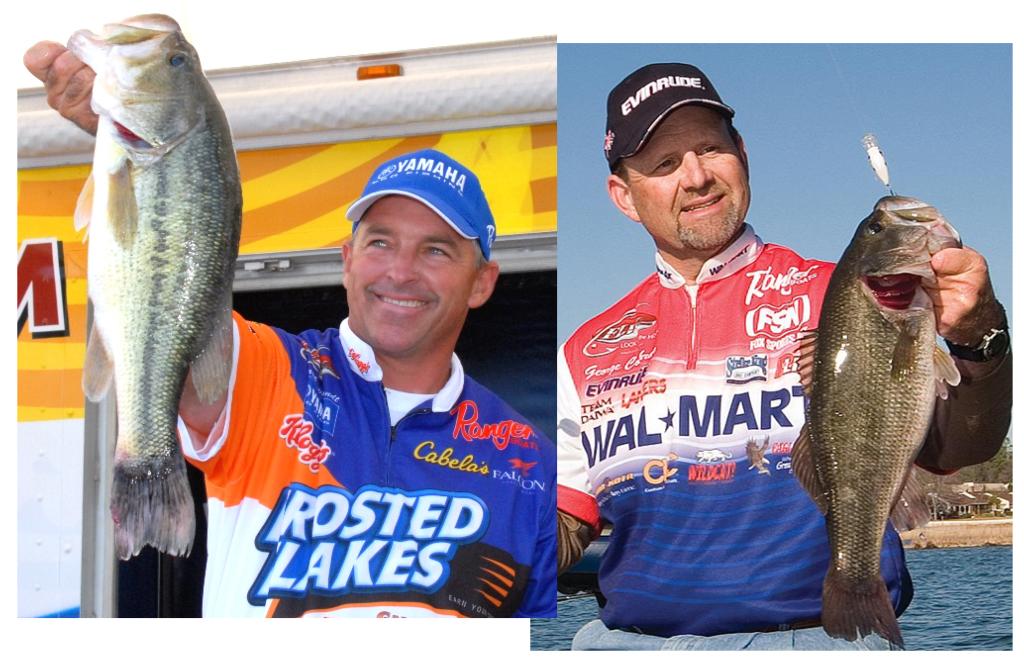 The longest-running annual event on the Walmart FLW Tour, other than the championship, is the Walmart Open, held each year on Beaver Lake in northwestern Arkansas. Team Walmart honored its sponsor roots by claiming the Division II title at its namesake event this year in commanding fashion. Team Kellogg’s continued its hot streak at Beaver Lake, picking up its second Division I win of 2009.

This lucrative professional bass tournament is a springtime tradition on the FLW Tour schedule, and this year it was held May 14-17 in high-water conditions. The postspawn tournament lined up well for the Kellogg’s stable of pros, who used the win to tighten their grip on the top rung of the Division I leaderboard. For Walmart, stop No. 4 of the regular season opened the window to its first event win of the year and helped it climb a slot to seventh in the Division II standings.

Though unofficial, competition among sponsored teams on the FLW Tour can be gripping and offers teams the chance to earn bragging rights in the world of professional bass fishing. With only two events to go in the regular season, competition is heating up while the question of who will reign supreme over each division by season’s end remains, with the answer looming larger on the horizon.

Like in years past, sponsor teams are divided into two divisions: Division I, comprising teams of three or more professional anglers, and Division II, comprising teams of fewer than three pros. Keep tabs on your favorite teams’ progress as they compete next week, June 11-14, in the fifth FLW Tour stop of 2009, being held on Kentucky and Barkley lakes in Murray, Ky.

Look for results from Kentucky-Barkley by late June. Results from Beaver Lake, as well as an explanation of team scoring, are detailed below:

The Kellogg’s crew put together a 149.6-point win at Beaver Lake, outfishing the runner-up team by nearly 15 points. With two event wins and 588.4 points accumulated thus far this season, Team Kellogg’s now enjoys a 22-point buffer between itself and the No. 2 team in its division, Chevy, which won at Lake Norman.

Back in the saddle for Kellogg’s was pro Clark “Mr. Beaver Lake” Wendlandt, who notched his best finish of the season in third place. Wendlandt, a two-time Beaver Lake winner and Angler of the Year, is now ranked No. 2 in the AOY standings for the Tour.

Chevy’s run at back-to-back wins, stopped just short by Kellogg’s, was led by another two-time Angler of the Year, pro Jay Yelas, who turned in an impressive sixth-place finish at the Walmart Open.

Walmart relied on the skills of venerable pro George Cochran, a past Forrest Wood Cup winner, to anchor its 190-point victory at Beaver Lake. Cochran just missed the top-10 cut with a strong 11th-place finish in the Walmart Open.

Eleven points behind Walmart was Team Folgers. Though Folgers couldn’t reel in what would have been its second win of the season, the team still holds a comfortable overall lead in Division II, a full 54 points in front of No. 2 Team PTSI. Another past Forrest Wood Cup winner, pro Scott Suggs is behind Folgers’ success this year, adding another strong finish at Beaver Lake, 22nd, to the cause.

Sponsor teams competed in the most recent FLW Tour tournament at Beaver Lake near Rogers, Ark., and results from that event have been tallied:

Division I – Beaver Lake (teams with three or more anglers)