When it comes to live-bait fishing, few things inspire more confidence than a wiggling leech 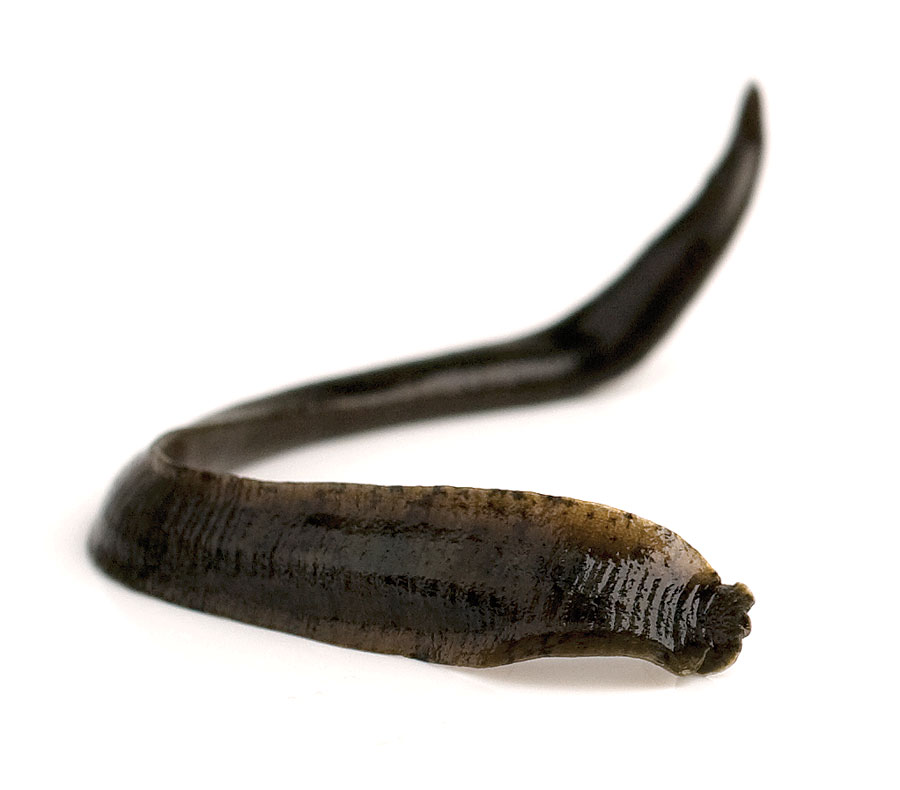 Editor’s note: This is just one article from a recent issue of FLW Outdoors Magazine, which publishes both a Bass Edition and a Walleye Edition. To learn more about the magazine and how to subscribe, click here.

On the totem pole of respect, not many of Mother Nature’s creatures rank lower than leeches. These invertebrates live their lives under logs and rocks and carry the stigma of being parasitic bloodsuckers, although some scavenge and eat invertebrates even farther down the totem pole than themselves.

Unfortunately for leeches, as if this miserable existence weren’t enough already, there are walleyes and walleye anglers. In the world of fishing, with few participants is a leech in worse company. At the right time of year on the right body of water, there is likely no better live-bait additive for a slip-bobber rig, spinner rig, live-bait rig or jig than a leech.

Perhaps night crawlers have the edge for open-water trolling, since they stretch out easily, reducing spinner tangles in the process. And minnows are probably better for extremely cold water, since they don’t ball up on the hook. But leeches will work in both of those situations as well.

Sauk Centre, Minn., pro Pete Harsh, the 2008 Walmart FLW Walleye Tour Presented by Berkley Land O’Lakes Angler of the Year, is among the best around when it comes to fishing various finesse live-bait presentations. He’s been particularly competitive on Devils Lake, winning a tour event there in 2007 and finishing in the runner-up slot in 2006. At Devils Lake, Harsh prefers “fishing the trees,” which means a slip bobber and leech rig most of the time.

Pro Jerry Hein of Stillwater, Minn., is another fierce competitor on Devils Lake, as well as various Minnesota lakes where live-bait skills are at a premium. Hein, who notched a 2004 tour win and two other top 10s on Devils, also relies heavily on leeches. He, too, is skilled at fishing slip bobbers, but his favorite leech pattern is pitching leech-tipped weedless jigs into timber.

The details of pro-grade slip-bobber rigs, jigs, live-bait rigs, spinner rigs and about every other type of live-bait setup have been outlined in these pages many times. The bite-enticing portion of these setups, the leech itself, has sometimes been overlooked, however. Certain leeches will outperform others, and things can be done to improve the odds when fishing them. But to do this, it’s important to understand what makes a leech so effective in the first place.

“Leeches are native to many bodies of fresh water,” Harsh said. “And they stretch out and swim in the water, producing lots of action. I also believe they give off a lot of scent.

“I’ve sat in clear water below dams and dropped a leech down in front of an inactive, visible fish. Eventually, its action will make that fish strike. You could bump that same fish in the head with a jig and it would just swim out of the way.”

“A leech on any presentation moves more than other types of live bait,” Hein said. “I grew up fishing them, and I think they’re the most effective live bait around no matter where you go.”

Opinions vary about the best leech to put on the end of a hook. Some are valid. Some, well, even speculation can build confidence, and confidence is a big part of successful fishing. But one particular species of leech, the ribbon leech, is basically the only game in town when it comes to catching walleyes.

Ribbon leeches are long, flat, freshwater leeches with suction-cup discs on either end of their bodies. They’re not bloodsuckers. Rather, they prey upon invertebrates and scavenge dead stuff. The bigger disc is for eating and where a hook typically goes; the smaller one is for holding on to rocks, logs and other types of underwater cover.

But there are many other types of leeches out there, including horse leeches, which are similar in appearance to ribbon leeches but are typically larger and have more pronounced “ribs” or segments. Horse leeches are also called medical leeches because it was once believed the bloodsucking parasites could extract “bad blood” from people inflicted with various ailments. Unfortunately, they were as bad at curing ailments as they are at catching walleyes (although they are making a comeback for other uses in modern medicine). So it’s important to recognize them.

Horse leeches sometimes find their way into a bucket of ribbon leeches at bait shops, and aside from physical appearance, one of the most distinct differences between the two is that horse leeches simply don’t catch many fish.

“I won’t say walleyes won’t hit them,” Hein said of horse leeches, “but I’ve purposely tried them on Mille Lacs on days when we were really catching fish. You might get one bite on a horse leech compared to 40 bites on a regular leech. So it’s important to recognize those and avoid them.”

Ribbon leeches are usually black or brown. Some anglers swear walleyes hit black leeches better than brown ones. Hein doesn’t agree or disagree; he just has equal confidence in both colors.

“I like a large, healthy, lively leech,” Hein said, “one that’s 4 inches long or so. But I don’t know that black leeches are any better than brown leeches. It may be that a guy just had a really good day one time using black leeches and so the rumor came about. That, and horse leeches are usually brown – if a guy can’t tell the difference, it can really have an impact.”

“My idea of live bait isn’t the same as many people’s,” Harsh said. “Color doesn’t matter much. Sometimes guys working in a bait shop will tell me their supply of leeches has been picked over and they don’t have any black ones left. That’s fine with me. I’ll take the brown ones.

“What matters the most is having active leeches. When I pull a handful of leeches out of my baitwell, I want to use the one that jumps off my palm, lands in the bottom of the boat and tries to squirm away. Being active is the most important part of it. If it’s wiggling right and tries to get away when a walleye approaches, that fish is probably going to eat it.”

Many anglers keep leeches on hand and alive for long periods of time. This is where Harsh believes mistakes can be made. 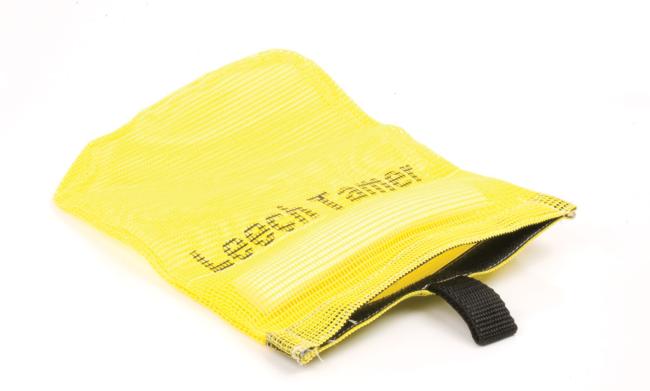 “I like to buy my leeches a week in advance of going fishing,” he said. “You have to keep in mind that leeches go through a trapper, a wholesaler and then a bait shop before you get to them. This can take a few weeks, and often they aren’t fed during that time. Once I buy them, I place them in a portable, aerated livewell and feed them crappie minnows. This makes a huge difference in how active they are while fishing.

“Lots of guys think you can buy leeches and just leave them in a Styrofoam container and they’ll be fine. That’s not the case. If you don’t feed them, they’ll shrink and even start to cannibalize one another.”

Harsh also believes many anglers store their leeches in temperatures that are too low.

“Putting them in an icy cooler isn’t always the best thing to do,” he said. “A good temperature range to keep leeches is about 55 to 80 degrees. And you have to aerate them.”

One of the primary faults many walleye anglers find with leeches is they tend to ball up on the hook under certain circumstances, thereby negating the effectiveness their typical undulating swimming motion provides.

Cold water is one such element that can cause a leech to ball up on the hook. But Hein has successfully used leeches while ice fishing because he found balling up can be avoided by simply adjusting the leeches to the water temperature he’s fishing.

“It’s the shock of cold water that makes them ball up on the hook,” he said. “If you notice that happening, the best thing to do is add lake water to your livewell or bait bucket to get them adjusted.”

However, Harsh still doesn’t like to use leeches in extremely cold water.

“Often, if I think it might be too cold, I’ll drop a leech over the side of the boat, and if it balls up, I’ll usually switch to minnows,” he said. “Under the optimum temperature range, a leech will try to swim. That’s not to say they aren’t good early in the season, though, just after the switch from a jig and minnow. They have a smaller profile than a whole crawler, which I think helps early on.”

Leeches can also ball up when pulling live-bait rigs and spinners, especially if the leech is too big.

“You can’t go too fast with leeches like you can crawlers,” Hein said. “You have to keep it slow to keep them from balling up and spinning – less than .5 mph. But to prevent tangles, the easiest thing to do is add a small barrel swivel to your rig.”

When it comes to hooking leeches, both pros favor small hooks that don’t impede the natural swimming action of the leech. Hein usually chooses a No. 6 Gamakatsu Octopus hook or a tiny 1/16-ounce jig if he’s fishing a slip-bobber rig.

“I’ve found the darker, more neutral colored jigheads to be most effective with leeches,” he said. “Black, blue and purple have always worked well for me. And I like my slip bobbers to be a good distance from the bottom, say 18 to 24 inches, when fishing leeches because walleyes will see that action and rise to hit them. You never want to be fishing under the fish.”

“I may use a huge leech for big fish, but I go with small hooks and light line,” Harsh said. “I actually want a leech to be able to move the line around, and it can do that more freely with a light hook. When it’s windy, however, I will go with a 1/16-ounce jighead under a bobber. Although it’s more stationary, the little waves against the bobber impart more action.”

Leeches aren’t a cure-all, and they’re more effective in some fisheries than others. They’re tough to beat when the water begins to warm, however, and are somewhat hardy when compared to minnows and night crawlers. Keep them fed, keep them fresh and remember their action above all else. If your leech quits swimming, it’s time to change it out.

One of the easiest ways to keep leeches fresh while on the water is with a mesh Lindy Leech Tamer. 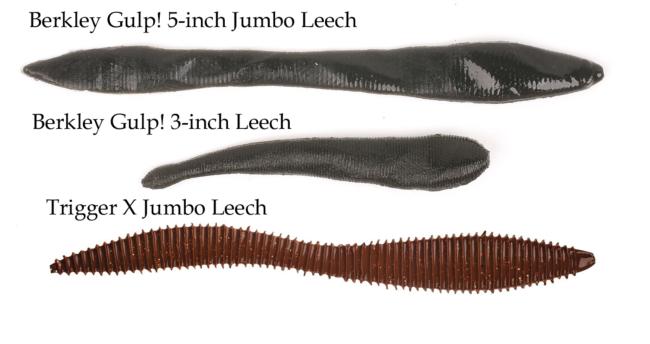 These soft bags have floats built into them, and while they’ll work in a livewell or bucket, they probably shine brightest when tied to the side of the boat. Doing so keeps fresh water circulating through your leeches and keeps them acclimated to the temperature of the fishery. Just don’t forget about tying it off before starting the big engine and roaring off to your next fishing spot.

Will they replace live leeches on a slip bobber? Probably not. But for threading onto a spinner behind a bottom bouncer, using when the livewell is getting low, or on those days when fishing is fast and furious and re-baiting with live leeches is a pain, they’re certainly worth a try.