Fennel, Blake in Hall of Fame 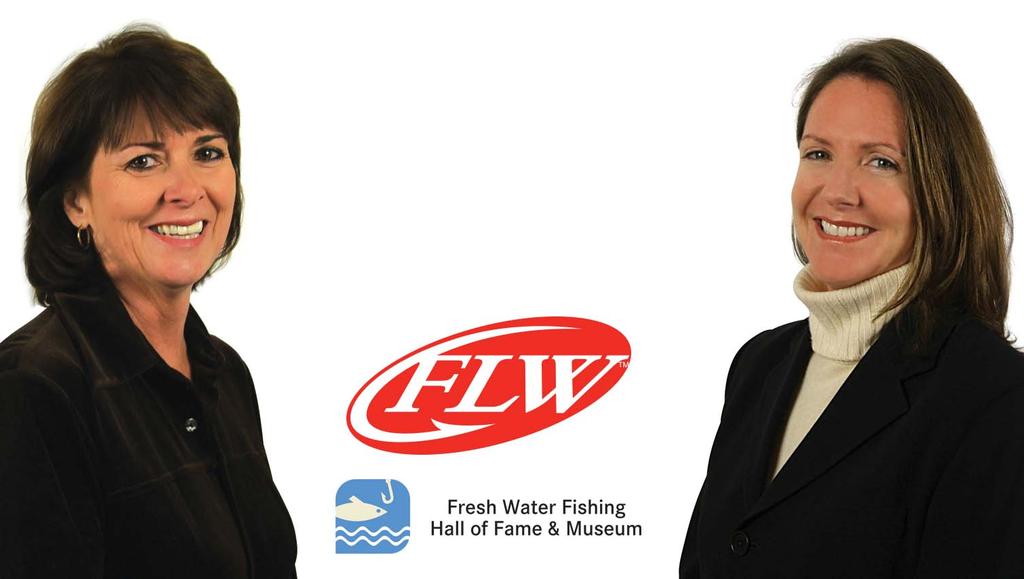 The Fresh Water Fishing Hall of Fame (The Hall) in Hayward, Wis., recently announced its 2015 class of Hall of Fame inductees, and the list includes FLW President of Marketing Trisha Blake and FLW President of Operations Kathy Fennel. The Bass Federation, FLW’s partner in fishing, was also inducted as an organization.

A committee of 12 industry veterans, among them Forrest L. Wood, comprises the Hall of Fame selection committee tasked with choosing an annual class of inductees.

From the Fresh Water Fishing Hall of Fame: “Each year, The Hall recognizes individuals, groups and organizations for their impact benefiting freshwater angling. Individuals and organizations are honored for outstanding achievements in fishing accomplishments regarding career success and innovation in competition, invention, science, education, conservation, communications, technology or other areas related to freshwater sport fishing. Recently the awards committee enshrined its 2015 class – seventeen individuals and one organization – to join the elite fraternity that currently occupies a place at The Hall.”

The Hall recognized Blake and Fennel for their outstanding leadership and years of service in promoting bass fishing at all levels, while advancing FLW to its status as the industry leader in family-friendly fishing tournaments and events.

“Kathy and Trish both fit the criteria of making significant and lasting contributions to the sport of freshwater fishing. That’s the barometer that is used when the committee makes its selection,” says Emmett A. Brown Jr., executive director for the Fresh Water Fishing Hall of Fame. Brown plans to present Blake and Fennel with plaques in recognition of their Hall of Fame induction at an FLW tournament next season. “FLW itself was selected previously, and certainly Kathy and Trish have played a major role with the organization, which serves an important role in the sport of fishing, so it would just follow that they would be inducted.”

Blake and Fennel have served in their respective roles at FLW since 2010 and have had long tenures with the orgainzation, including prior leadership positions.

“It's a privilege to be chosen as part of the 2015 class of inductees into the Fresh Water Fishing Hall of Fame,” says Blake. “It’s a prestigious group whose impact has helped shape our industry and sport into what it is today. To be recognized with these individuals and organizations is an honor.”

The Bass Federation (TBF) is the only organization to be inducted this year. As a leader in grassroots conservation, education and youth fishing initiatives, TBF has been working to promote the sport since 1968. TBF and its affiliated clubs are partners in fishing with FLW.

“Obviously, it’s taken the efforts of a lot of people, from the state Federation presidents to the board of directors who have dedicated lots and lots of hours, to earn this honor by the industry. We’re very thankful for it,” says Robert Cartlidge, president and CEO of TBF. “We don’t do these things to be honored, but to be included in a group along with Kathy and Trish, our partners at FLW, makes it even more special.”

FLW was inducted into the Fresh Water Fishing Hall of Fame in 2010 and was preceded in 2009 by FLW Chairman and CEO Irwin Jacobs, Forrest L. Wood and Nina Wood.