Top 10 OTW Photos from the Cup

The pros in action from Lake Ouachita 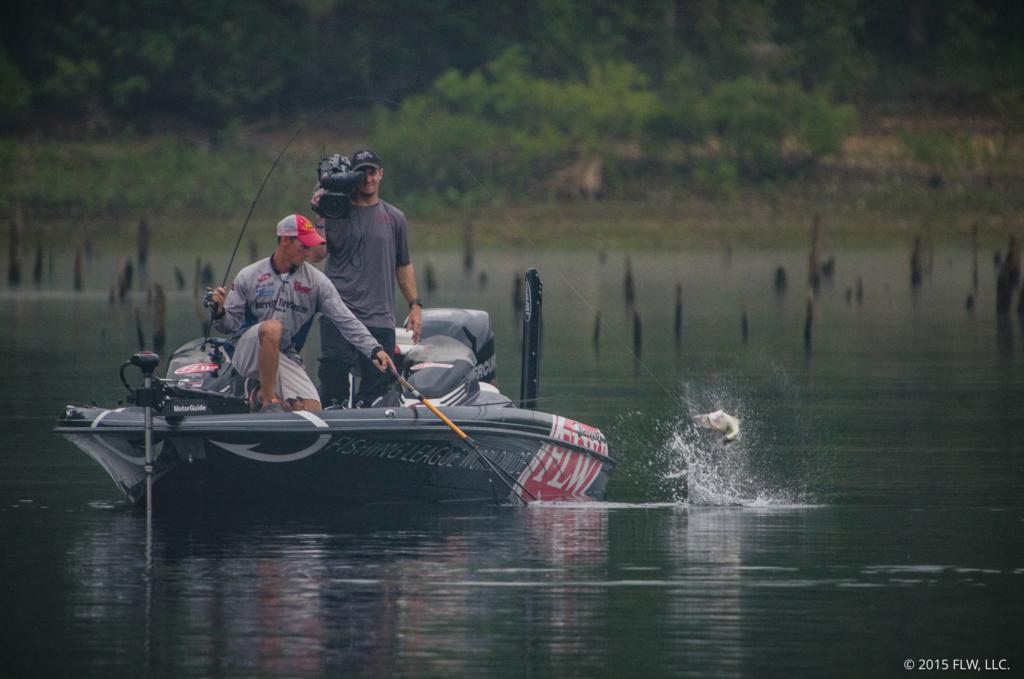 The Forrest Wood Cup on Lake Ouachita was a prime chance to capture some great moments on the water. Not only was the competition fierce, but Ouachita is naturally gorgeous and the weather and anglers mixed it up every day. With a full team of reporters and photographers on the water, we got the goods. The following 10 photos are some of the best from the week on the water. 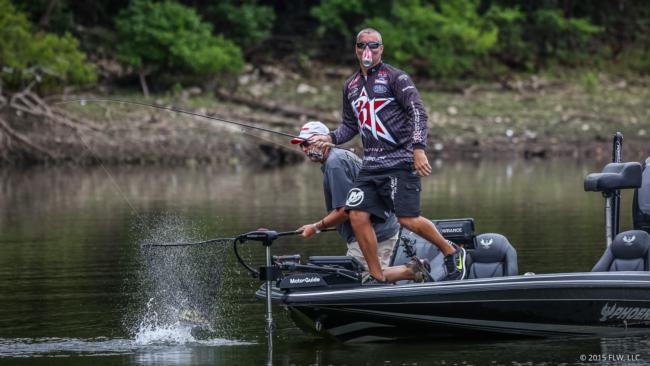 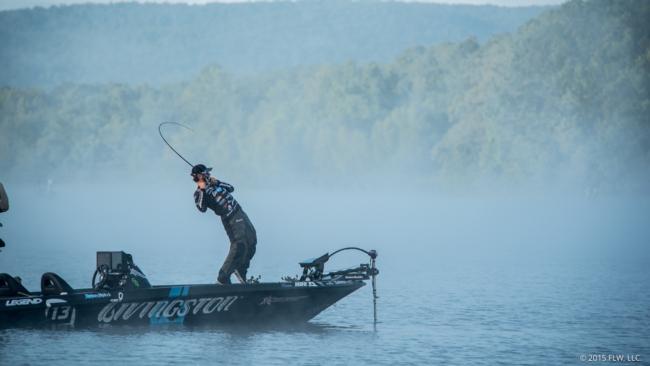 Freelance photographer Garrick Dixon got local favorite Stetson Blaylock putting the hammer down on a keeper early on day one. 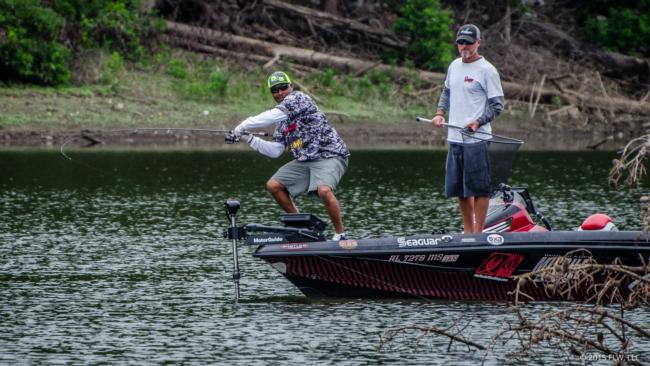 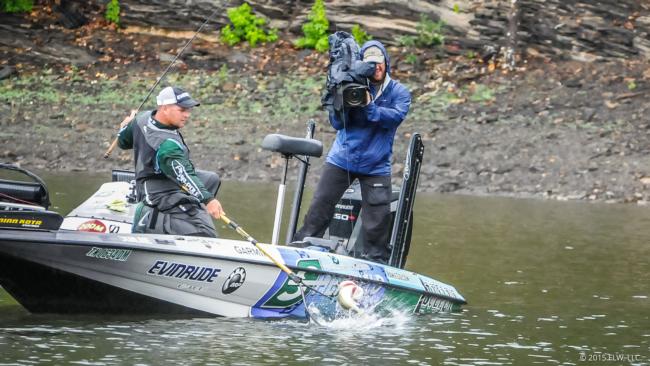 Jeff the cameraman got a good angle of Ramie Colson Jr. bringing in a bass that would vault him into the lead on day two. Freelance writer Rob Newell had a pretty good angle as well. 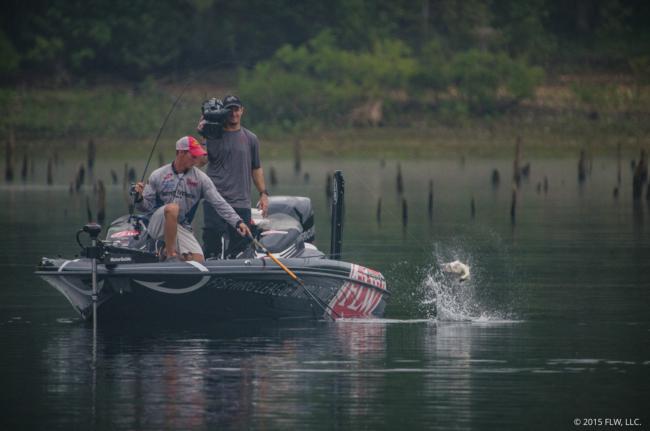 Brandon Cobb made a big splash at his first Forrest Wood Cup. Wood was there with the camera on his action-packed final day. 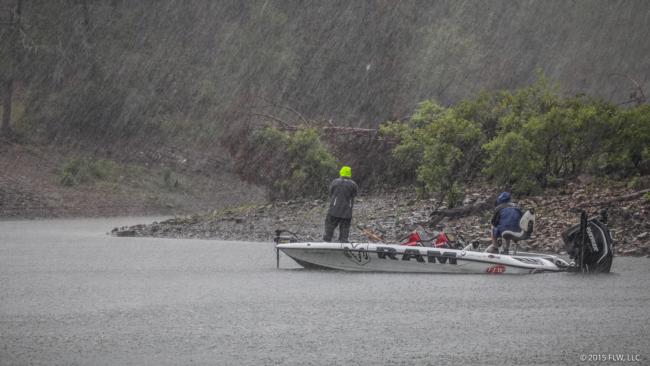 Rain or shine, Ramie Colson Jr. wasn’t letting anything stop him on the final day of the Cup. Editor-in-Chief Colin Moore didn't let the weather stop him either. 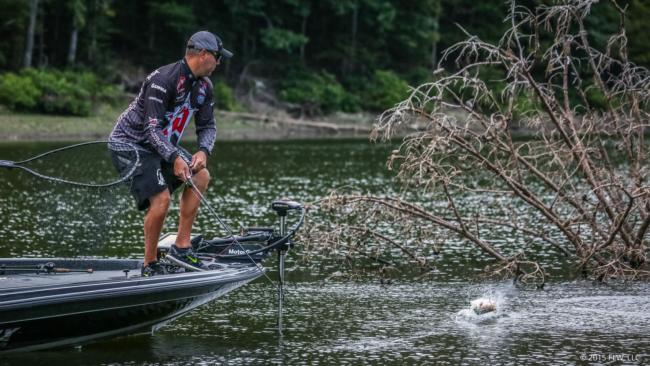 Knight’s magic tree produced fish every day of the tournament. Located in a small creek bed, bass would continually replenish on the spot. Ostruszka hung with the eventual winner the whole time and got some awesome shots. 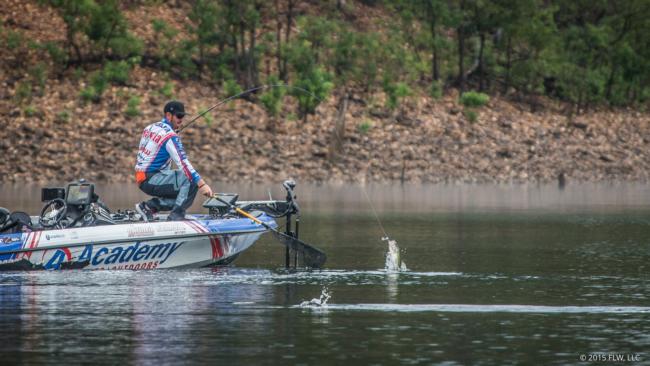 The action when fish were actively schooling could be fast and furious. Jacob Wheeler landed this one as another jumped beside the boat, giving Dixon a shot at a rare double feature. 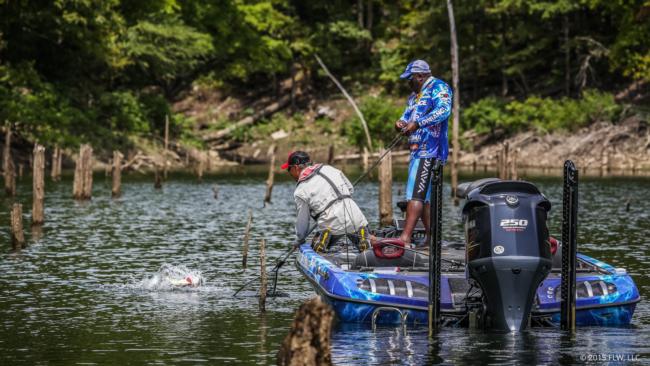 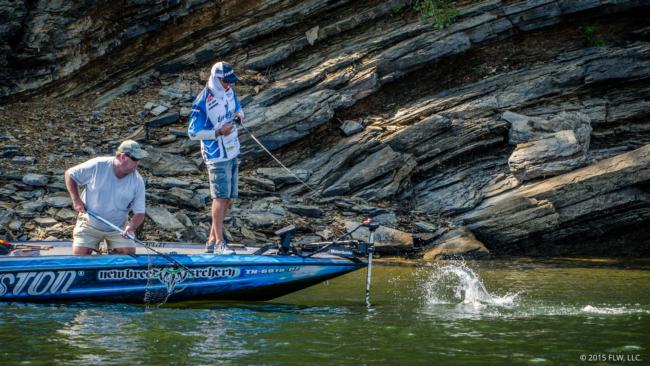