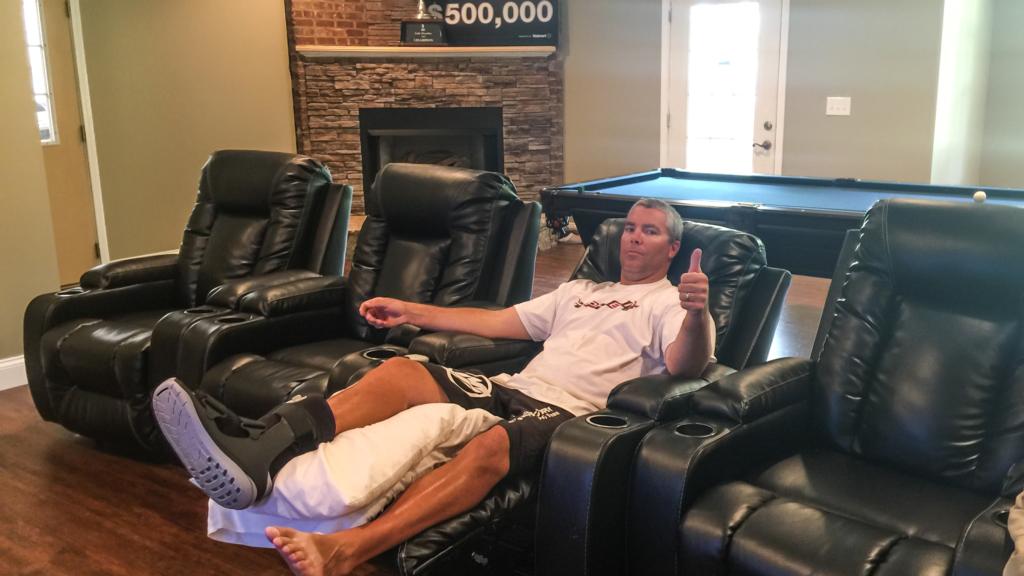 Reigning Forrest Wood Cup champion Brad Knight has never had to operate his trolling motor with his left foot, but he’ll have to Saturday when he fishes in the NoogaStrong Memorial Bass Tournament on Lake Chickamauga.

The Tennessee pro broke his right foot Thursday evening as he was preparing to fix a flat tire on his boat trailer in preparation for practicing on the lake Friday morning. The rear tire of the tandem rig was flat, and Knight was holding a chunk of wood in place ahead of the front tire when the accident happened. His wife, Becky, was driving his truck with trailer attached and Knight asked her to pull up so that the front tire would climb the chunk and the flat rear tied would be suspended. The front tire fell off the chunk, however, and onto Knight’s foot. 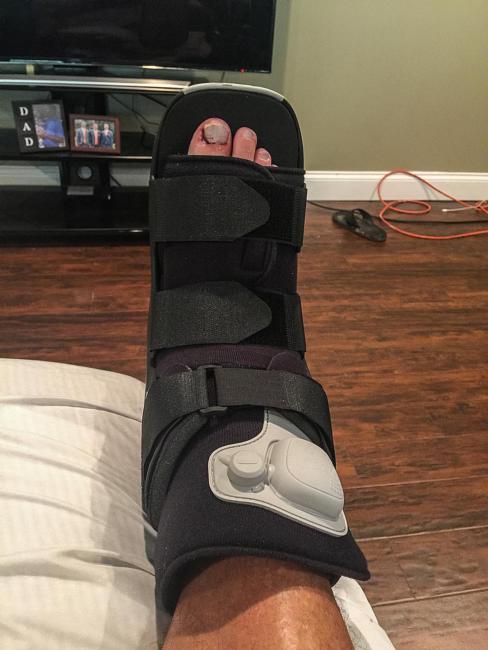 “It literally bent my front toes back so the nails were against the top of my foot,” recalls Knight. “My wife backed up so I got my foot loose, but I felt woozy. I just had to sit down for a couple of minutes to clear my head. I’ve never really hurt myself in an accident like that before and hope I never do again – it was excruciating.”

Knight, who will fish with a serviceman in the charity event out of Dayton Boat Dock, went to a local walk-in clinic in his hometown, Lancing, and was told he had some small bones broken in his foot and toes as well as some torn ligaments. Instead of a cast, however, he’s wearing a padded boot that will keep his foot cushioned and stabilized.

“They took some X-rays, gave me some medicine and told me to come back in about two weeks and they’d look at it again,” says Knight, 33. “It’s swollen pretty bad right now, but they figure I will be able to quit wearing the boot in about four to six weeks. It was just a total lack of good judgment on my part. Next time I’ll use a jack.

“The thing is, I can’t miss the [NoogaStrong] tournament. I’m fishing with a veteran and, sore foot or not, I intend to fish my best and show my appreciation for what those people have done for us.”

Proceeds from the NoogaStrong Memorial Bass Tournament will be forwarded to the families of the Chattanooga-area servicemen who were killed earlier this summer.