Watch Every Episode of FLW TV 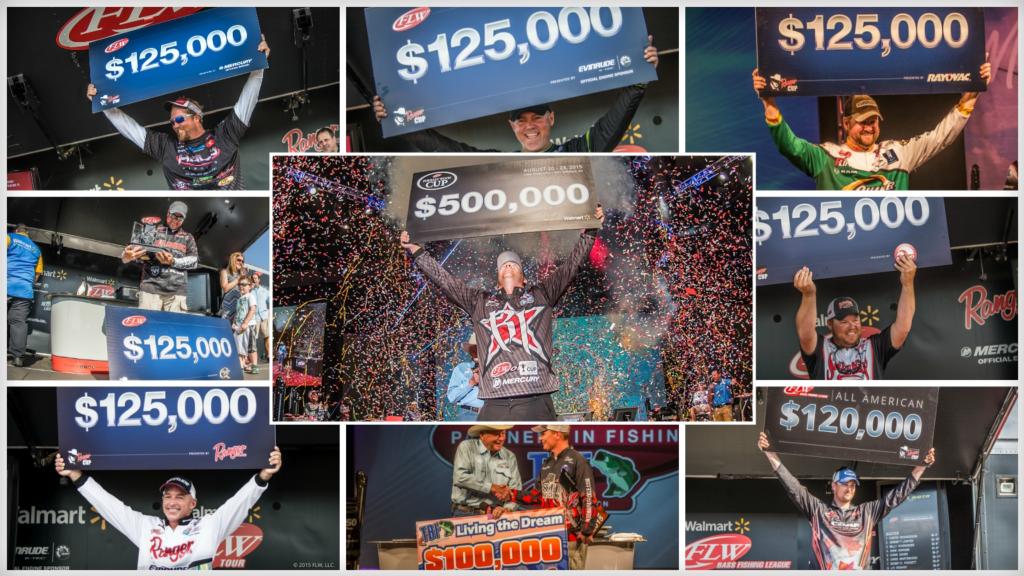 In case you missed any of the action, the 2015 season of FLW TV is available for viewing here and on YouTube in full 1080 HD.

1. Lake Toho Tour — The 2015 Walmart FLW Tour season kicks off on Lake Toho, where JT Kenney squeaks by to victory thanks to a very productive spawning sweet spot and a pattern he put together throughout the previous off-season.

2. Lewis Smith Lake Tour — At stop No. 2 of the Tour, veteran Dave Lefebre shocks the fishing world with a dramatic come-from-behind victory on Smith Lake. Lefebre catches more than 19 pounds on the final day to leap from seventh place into first, overcoming an 8 1/2-pound deficit. Using a wake bait and an under-spin, Lefebre hammers a school of bass that was foraging on herring for the win.

3. Beaver Lake Tour — It’s the “Matt Arey Show, Part 2” at Beaver Lake. The Shelby, N.C., pro wins at Beaver for the second year in a row. He uses a finesse worm and a swimbait, and the latter produces one of the most exciting catches in FLW television history when a bass tracks the bait right up to the boat before Arey can trick it into biting.

4. Lake Eufaula Tour — Bryan Thrift employs his preferred run-and-gun style of fishing to pull the winning bass out of Lake Eufaula’s brush piles at stop No. 4 in Alabama.

5. Lake Chickamauga Tour — The ledge bite is on fire at Chickamauga, as pros haul in giant bass for four days in east Tennessee. Young gun Michael Wooley earns his first Tour victory by camping on a magical spot and tempting fish with a “jumbo finesse” rig.

10. Forrest Wood Cup — In the 2015 grand finale, Tennessee’s Brad Knight uncovers a magical creek on Lake Ouachita and mines it for four days for a victory worth $500,000. His shallow-shotting drop-shot technique keeps Knight in the hunt through the first three days, and despite sharing water with fellow top-10 finisher Mark Daniels Jr., Knight gets more dialed as the event goes on. A critical final-day adjustment secures his victory.