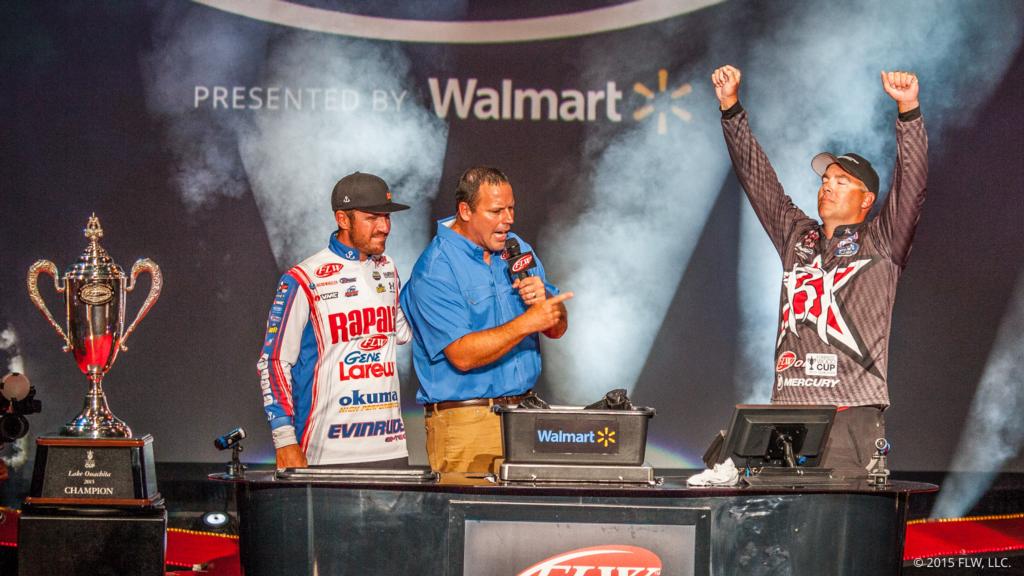 For better or worse, some tastes that we experience in life leave lasting impressions. The taste of victory is always sweet, and in Brad Knight’s case, he badly wants another helping of it. Considering the six years of frustration he tasted before 2015, it’s easy to understand why.

Knight winning the 2015 Forrest Wood Cup was like tasting the world’s finest filet mignon after living on peanut butter and jelly. In those four days of glory on Lake Ouachita, Knight won nearly three times the money he’d collected in all his regular-season experience, including 2015, combined.

That sort of experience made a huge impression on the pro from Lansing, Tenn. As he looks toward the 2016 season, Knight says he’s hungrier than he’s ever been.

“I have an incredible desire to do well this year,” says Knight. “I want to be in that position to win again, and to consistently be there. I got that taste, and I want another spoonful.”

It’s easy to say, “Man, it’s got to be great to be Brad Knight,” going into the 2016 season, and to some extent it’s true. He’s the reigning Forrest Wood Cup champion, so he’s got a nice nest egg. And he’s already prequalified to try for back-to-back titles. No pressure, right?

“I feel more pressure than ever,” counters Knight. “There will be a lot more eyes on me, and more sponsors [with expectations].”

The last thing Knight wants is to be “that guy.” You know, the “fluke” guy who wins the title and never comes close again; or worse, the guy who seemingly falls off the face of the earth. For as many times as a career has been launched by a Cup victory (see: David Dudley, Luke Clausen, Brent Ehrler), there is a tale of a guy won it then faded away.

Sure, Knight will have the luxury of being able to take more risks in 2016 – to go for a handful of big bites instead of just grinding out limits. But he’s still well aware that to stay relevant in this game in the long term will require the same consistent, grind-it-out style of fishing that helped him get to where he is, so he his risks will all be carefully calculated.

That said, can he see himself getting close to another taste of victory when he looks at the 2016 lineup? Absolutely.

While some anglers groan about fisheries that end up on the schedule every year, Knight likes to think positively about every place the Tour visits. Of course, this season, he’s not having any trouble with the positive thinking. Five of the seven tournaments (six regular-season events and the Cup) are on bodies of water he loves.

Right off the bat there’s Okeechobee, a place he calls “magical for bass anglers.” Knight also is keenly aware that Okeechobee and other Florida fisheries can bite back when they want. Still, the plan is to get off to a good start and avoid digging himself into a hole (he wants to double-qualify for the Cup by finishing high enough in the standings).

Knight is indifferent regarding the stops at Hartwell and Beaver, but he’s upbeat about back-to-back Tennessee River fisheries in Pickwick and Kentucky Lake. Knight calls Watts Bar his home waters. It’s a Tennessee River reservoir too, so he knows how to read a ledge with the best of them. Plus, he understands how Tennessee River fish adjust in August for when he tries to defend his title at the Cup on Wheeler Lake.

Knight might be most excited about the regular-season finale on Lake Champlain. He’s only been there once, but, like his Cup win, it left him wanting more.

“It’s like some other country up there,” says Knight. “You can do whatever you want to do technique-wise, and the bite is always good. It feels like the lake never gets any pressure.”

He’s not saying that’s his best bet for a victory in 2016, or that he’ll win a tournament this year. Knight just wants to have another chance at a win; another chance to do the one thing he didn’t get to do after the Cup – take it all in.

Months after having won the Cup, Knight admits he barely remembers it all.

“It was a blur,” he adds. “I remember bits and pieces, but it was like I wasn’t in my own mind. I’d like to go through the process of winning again so I can slow down a little. I’d like to take it in better.

“I’m excited for this season. I never lacked confidence, but I definitely have a boost. It [the Cup victory] legitimized what I’ve been doing. I feel good about it, and I can’t wait to get started.” 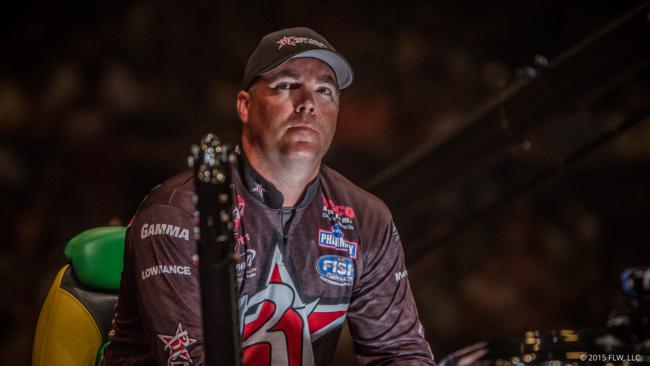