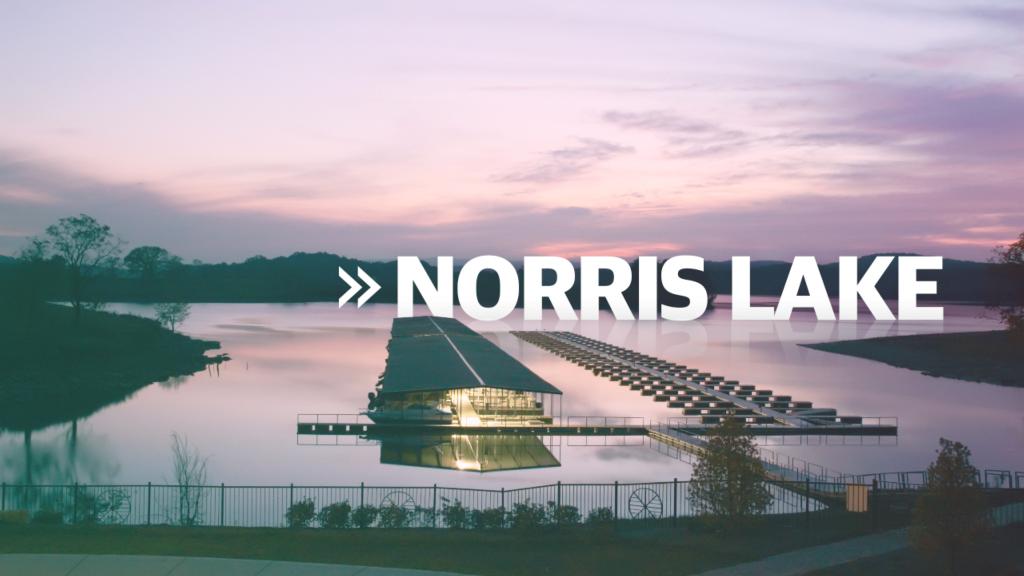 The Tennessee Valley Authority has a sparkling track record when it comes to creating amazing bass fisheries as byproducts of its mission to provide hydroelectric power. Norris Dam was the TVA’s first go at it. Begun in 1933, only a bit after the TVA was created, Norris Dam harnessed the Clinch River and created a highland reservoir with more than 33,000 surface acres – the largest on any Tennessee River tributary. Unlike many TVA reservoirs, Norris doesn’t have a lake above it, and the inflow is totally natural. Though the lake level fluctuates frequently throughout the year, current isn’t a factor as it is on the popular “ledge lakes” built directly on the Tennessee River.

Norris Lake holds all three primary species of bass. Known for excellent smallmouth fishing, it’s also home to some dandy largemouths, and the lake record spotted bass (caught in 2014 by B.A.S.S. pro Brandon Card) weighed 5.40 pounds. Length limits for each species are likely to come into play during the FLW Invitational. On Norris, smallmouths must be 18 inches to keep, while it’s the standard 15 inches for largemouths and 12 inches for spotted bass. The primary forage is a typical mix of shad, crawfish and bluegill, and there is a mixture of rock structure and bankside wood cover in the lake.

FLW has never visited Norris (the BFL Volunteer Division is opening there in March), but we can draw some presumptive conclusions from local tournament results – though mostly from spring events. The Morristown Marine Team Trail runs a tournament or two at Norris each spring, and 20-pound bags are weighed in them. The lake can also fish tough enough that 15 pounds is a great bag.

One good comparison is nearby Lake Cherokee, which has been the site of numerous BFL events over the years. Like Norris, Cherokee supports a good population of smallmouths that can challenge or reward anglers. In October 2014, Tim Smiley earned the win on Cherokee with a combo punch of offshore cranking and dragging, walking a Zara Spook on points and in cuts, and flipping a jig shallow up the river.

Forrest Wood Cup champ and east Tennessee native Brad Knight believes that Norris will fish somewhat like Lewis Smith or Beaver Lake. Even though Oct. 20 is relatively late on the calendar, the odds are stacked in favor of a late summer or early fall type of tournament, which can be a tough time for fishing.

For largemouths, fishing shallow will likely be the rule, especially around wood up the river and creeks. Without a ton of offshore cover or current, picking apart the shallow stuff with a jig or something more “finessey” should be good.

Spotted bass are likely to be pretty common throughout, both suspended and on the banks, and should be ready to eat smaller offerings.

The smallmouths are the wild card. Depending on how much the water has cooled, smallmouths might still be roaming and suspended in the main lake, or perhaps starting to move toward the banks for the fall feed. Suspended smallmouths will probably be caught with finesse tactics. A topwater or a crankbait could clean house if they’re further along in the fall progression.

“I’ll try and look for a bit of everything,” says Knight, who isn’t banking on any one species. “Topwater will definitely be a big player for me. But mostly, I think everyone will have to just put in the work daylight to dark as usual.”

1. The temperature – The average high at Norris is October is an even 70 degrees. If pleasant, normal fall weather plays out it could be a grinder’s paradise. If cool weather comes early and the fish start to really put on the fall feedbag it could get fun in a hurry. Tracking the temperature will be as important as anything heading into the event.

2. The lack of information – While there are people who know Norris well, the majority of the field will have little information about the lake heading into the tournament. Most pros will tell you they like it that way, but nevertheless, there are plenty who do their best to gather every scrap of legal information they can. Despite that, the number of pro anglers in the field who have fished Norris before will likely be in single digits.

3. The smallmouths – It’ll probably be hard to do, but the angler who can count on a kicker smallmouth or two each day (or even a full limit) will be in the running for the win. There’s not really any way to know who will get on the bite, or even if it will be possible, but the ones who do might have something going.

Anglers to Watch – Without much local knowledge in the field and a diverse fishery, picking the best of the best is probably a good choice. Shin Fukae and Matt Arey are as versatile as they come and should do well. If Andy Morgan isn’t off hunting somewhere he’ll be a big favorite.