How a saltwater technique can put finicky schoolers in the boat 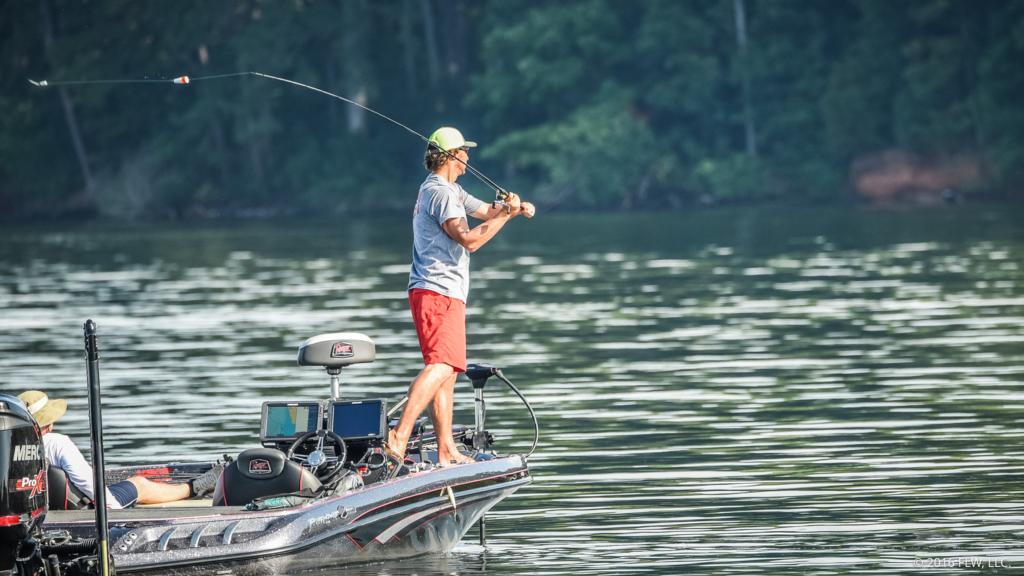 During the Forrest Wood Cup on Wheeler Lake, both Joseph Webster and Brandon Perkins utilized a popping cork and a fly to tempt schooling bass.  Webster only tossed the rig on the weekend, but it was part of the primary game plan for Perkins, and it’s something he’s been incorporating into tournament success for a number of years. Though it didn’t result in the win, it absolutely demonstrated how an out-of-the-box technique can put fish in the boat. 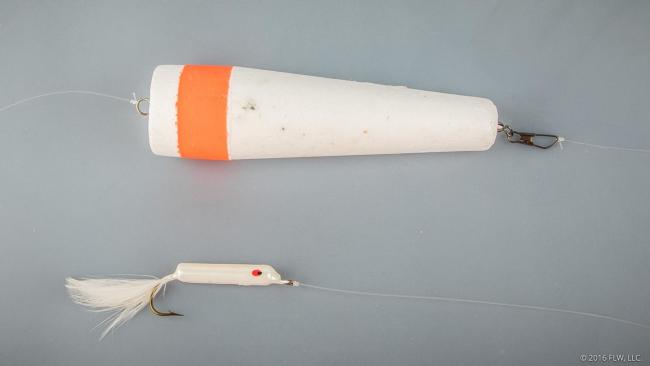 The reason the popping cork is an effective rig for schooling fish is simple: it allows an angler to present a very small bait a very long way off. A popping cork is something like a floating Carolina rig. The cork itself comes in a variety of shapes and sizes, and it rides on a wire that runs through it. You tie your mainline to the front of the wire, and then a leader with whatever bait you plan on using to the back of it.

Perkins uses a unique setup for the popping cork technique, going with a 7-foot, 11-inch, medium-heavy-action Hammer Rod and a mainline of either 50-pound-test braid or 17-pound-test fluorocarbon. For the actual rig, he likes a 5-inch popping cork and a 4-foot or longer leader the same as his mainline tied to a homemade fly with a beefed up hook made by Kelly Readhimer (the co-angler winner of the 2015 Costa FLW Series event on Kentucky Lake).

“I had two rigged up for the Cup,” says Perkins. “I had one rigged with straight braid for those smallmouth, because the way they were eating it I couldn’t tell when they bit because of all the splashing going on and I knew that without having a net man, I was just going to swing them if I knew they were hooked well.”

Perkins doesn’t worry too much about fluorocarbon sinking his flies, and says that because you’re usually fishing the bait quickly it doesn’t matter. His rod choice is geared for maximum distance and cushion, and it’s actually the same stick he throws crankbaits like a Strike King 6XD with out on the ledges.

If you don’t want to delve into making your own flies, or simply want to test it out, the most popular commercially made option is the Betts Pop N’ Stripe, a small, cork popper that is commonly referred to as a “fly.” For colors, Perkins says that white or silver usually work best, but that anything shad-like will do. 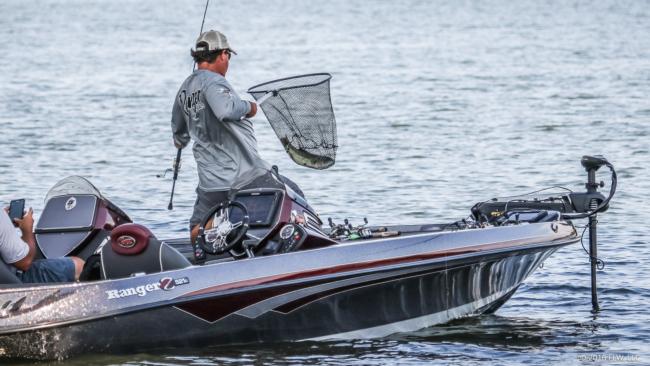 Putting fish in the boat

The reason the popping cork played on Wheeler during the Forrest Wood Cup was a simple one – nearly all the shad were very small. All over the lake, it was easy to see swarms of tiny shad working the calm waters, and tiny flies trailing behind a popping cork imitated them perfectly.

“I’ve messed around with the popping cork for a lot of years,” says Perkins. “I started out catching big stripes below Pickwick Dam on it. When they’re schooling and chasing bait it’s just like that typical bait in the fall on the Tennessee River – they’re all bitty shad.

“That’s exactly what they were eating, but just like everybody was saying, you had to hit them in the face when they were blowing up. What’s cool about the popping cork is that you can launch it and hit those fish that nobody else can reach.”

The ability to cast a small fly a mile was key, but the action possible with a popping cork is also unique. At Wheeler, and in general, both Perkins and Webster worked the cork hard and fast, splashing water everywhere and bringing the trailing fly along at a rapid pace.

“I didn’t really want them to have time to look at it,” says Perkins. “It seems like with the Sammy and poppin’ cork, the faster you would bring that thing the better you got bit.” 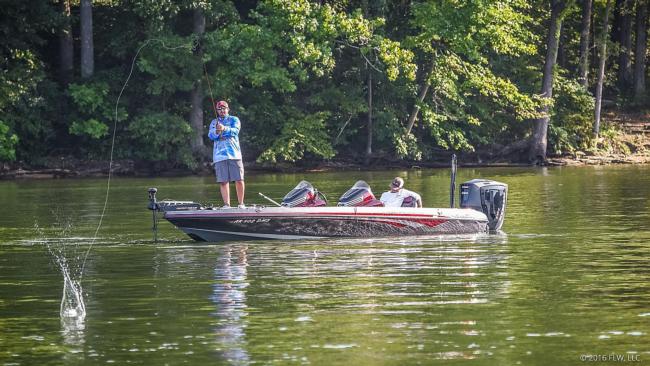 Though the popping cork didn’t threaten for the win at the Forrest Wood Cup, Perkins says it’s been responsible for several paychecks elsewhere for him and Webster vividly recalls catching a 6-pound smallmouth on it before he was old enough to drive a car. If you’re looking for a different way to catch bass chasing small bait, you may want to break out a popping cork and a fly.