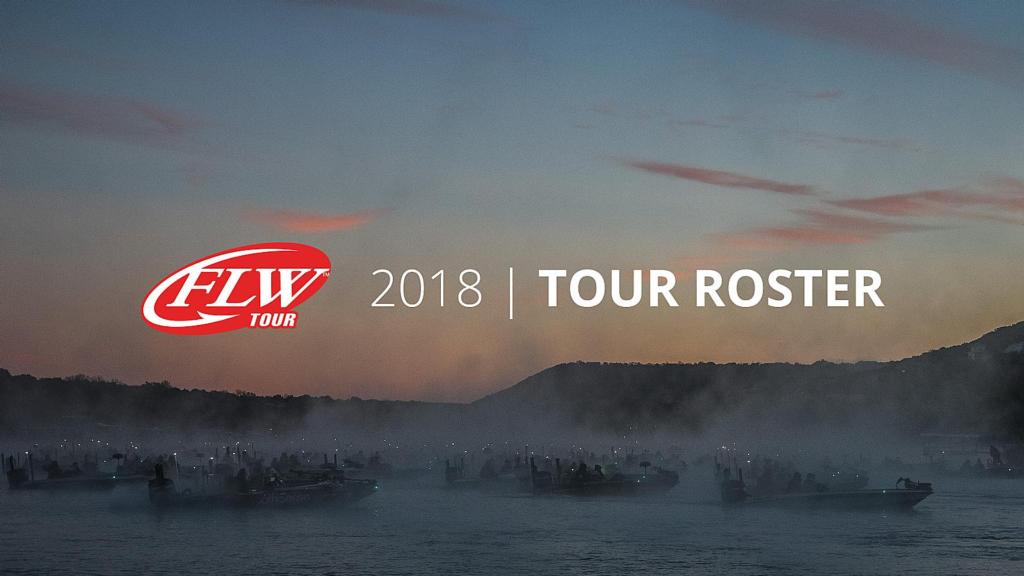 Fishing League Worldwide (FLW) announced today the complete professional angler roster for the upcoming 2018 FLW Tour season, the 23rd season of the FLW Tour. The 2018 FLW Tour features seven regular-season tournaments around the country with competition kicking off when FLW returns to Lake Okeechobee, Jan. 25-28 in Clewiston, Florida, and is headlined by the world championship of bass fishing, the Forrest Wood Cup at Lake Ouachita, Aug. 10-12 in Hot Springs, Arkansas.

Demand for entry into the 2018 FLW Tour was unprecedented, with well over 200 pros registering last week. Per the FLW Tour qualifying process, 160 pros gained priority entry based on finishing the 2017 FLW Tour ranked in the top 100 pros or in the top 10 co-anglers, finishing a 2017 Costa FLW Series division ranked in the top 10 pros, or winning the TBF National Championship or the T-H Marine BFL All-American as a boater.

Additionally, there was record demand for sponsor entries, which do not count toward the maximum field size. To accommodate qualified anglers and sponsor entries, including those from loyal Ranger boat owners, the 2018 FLW Tour will feature 187 pros.

“We couldn’t be more excited to kick off another fantastic FLW Tour season next month at Lake Okeechobee,” said Bill Taylor, Senior FLW Tournament Director. “The professional anglers on the FLW Tour are among the best in the world, and we look forward to showcasing them across eight of the finest fisheries in the United States. With our record-breaking demand for participation, we expect the 2018 season to be the most challenging, competitive season in the history of the FLW Tour.”