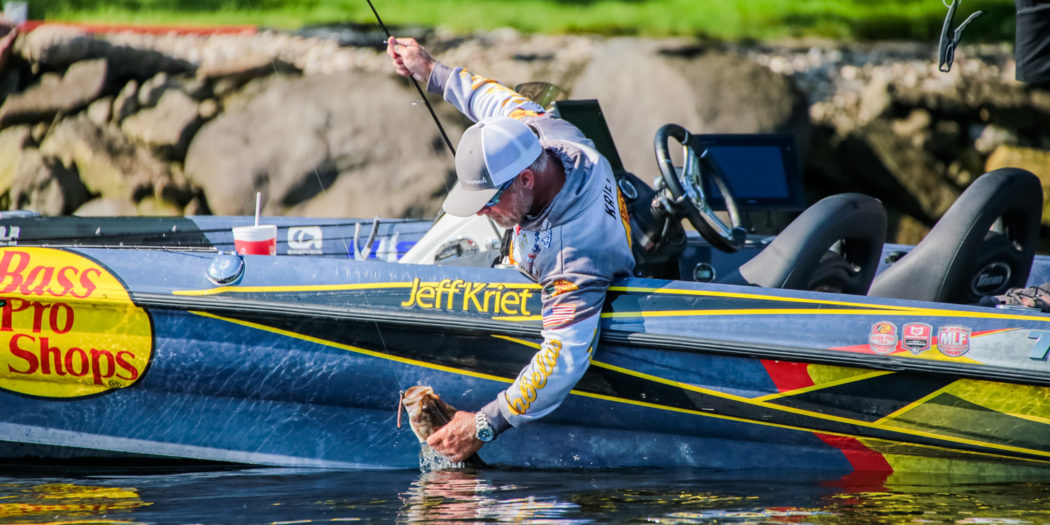 Jeff Kriet is ready to kick 2020 off with a strong start in the Bass Pro Tour. Photo by Phoenix Moore

I’m going to be blunt about 2019: it was a terrible year for me. It couldn’t have been much worse, really. The bright spot was the MLF Bass Pro Tour; even though I didn’t have the greatest season, it was an amazing experience.

But overall, 2019 sucked for me personally.

As I mentioned in an earlier blog, I ended up having disc replacement surgery in August. The great thing now is that it’s all taken care of and I’m heading into the 2020 Bass Pro Tour season more positive than ever.

As most of you probably already know, a house I owned in Texas with a friend burned down while we were out fishing in November. We’re still dealing with insurance stuff, which isn’t very fun. The house is a total loss. It burned so hot that it melted the metal beams and destroyed the concrete slab. The fire started in the shop and destroyed everything (including a lifetime of fishing gear, and a brand new boat that hadn’t even been used yet).

I had my new truck there that was only two days old, and my buddy’s Suburban and another boat trailer were there, too. All of that property was destroyed. The vehicles weren’t even inside. The flames shot out of the garage and just melted those vehicles down.

We were offshore about 200 miles fishing as this was all going on, so I never got a notice as it was happening. My phone started blowing up with texts as we were heading into port, and that’s how I initially found out about it. The trailer for our offshore boat was destroyed, and fortunately, a fella at the marina had one and we could pull the boat out.

Hopefully, we can move forward soon with new construction and put that all behind us for good.

In retrospect, I caught them in 2019, but I really need to up my game if I expect to compete against these anglers. This is the best collection of pros I’ve ever fished against.

What got me this year was that I just couldn’t seem to sustain my fish catching over such a long event. I was one of the original guys to fish the MLF format and felt comfortable with it, but the Bass Pro Tour is such a grind and lasts for so many days. It’s the toughest format I’ve ever fished.

The guys that excelled in the first year were able to adjust every day throughout each day. I got too locked into what I learned in practice and tended to be fishing behind the fish (and other pros). You have to stay ahead or you’ll get mowed over.

Anglers “betting on the course” more than I did sure outperformed me. I ended up fishing where they were. One event, I had them patterned on the docks, which worked well the first day. But then the bass moved to the natural shoreline, and I didn’t. I tried to make it happen on the docks, and paid for it.

I’ve watched and learned a lot in 20 years as a pro angler. I’ve had a long career and have not won a ton, and I’m tired of being a middle-of-the-pack guy. It’s time for positive things to happen, starting in 2020. I can’t wait to start fishing the Bass Pro Tour again.