Anchors away at the All-American 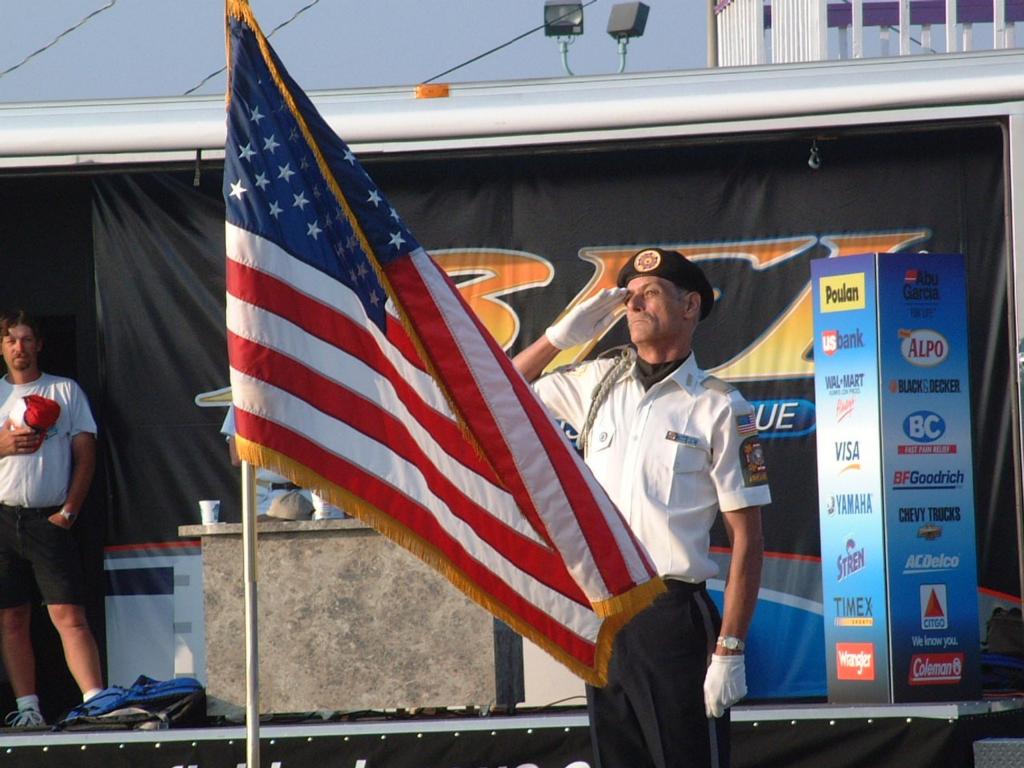 The colorguard presents the flag to kick off the 2001 Wal-Mart BFL All-American. Photo by Jeff Schroeder.
May 10, 2001 • Jeff Schroeder • Archives

HOT SPRINGS, Ark. – A golden sun and sky-blue waters set the stage as a hundred anglers took off this morning onto Lake Hamilton following a brief ceremony at Dare Devil Boat Launch to start the 2001 Wal-Mart Bass Fishing League All-American.

A colorguard presentation of the American flag preceded the launch of 50 Ranger Comanches, each carrying a qualifying BFL boater and co-angler, onto the tournament waters.

Competitors, driven by the prospect of winning $100,000, looked forward to a beautiful day on Lake Hamilton. Last year’s All-American winner, Jeff Coble of Henderson, N.C., said at takeoff that he wasn’t sure how he would approach the fishing today. While the weather and timing of this year’s competition are almost identical to last year, Coble admitted he didn’t quite know yet if the fish were at the same stage.

“I don’t think I’ll fish the same way as I did last year,” said Coble, who found success working crankbaits around submerged brush piles and ledges last year. “I think I’m going to fish shallow for the first couple of hours and see how it goes. I’ll let you know at 3 o’clock.”

Weigh-in is scheduled for 3:30 p.m. at the Hot Springs Convention Center in Halls A, B and C. The full field of 50 boaters and 50 co-anglers will compete Thursday and Friday with only the top five boaters advancing to the final day. The co-angler with the heaviest two-day total catch Friday will be declared the winner of that division. The boater with the heaviest one-day catch on Saturday will be crowned the champion.