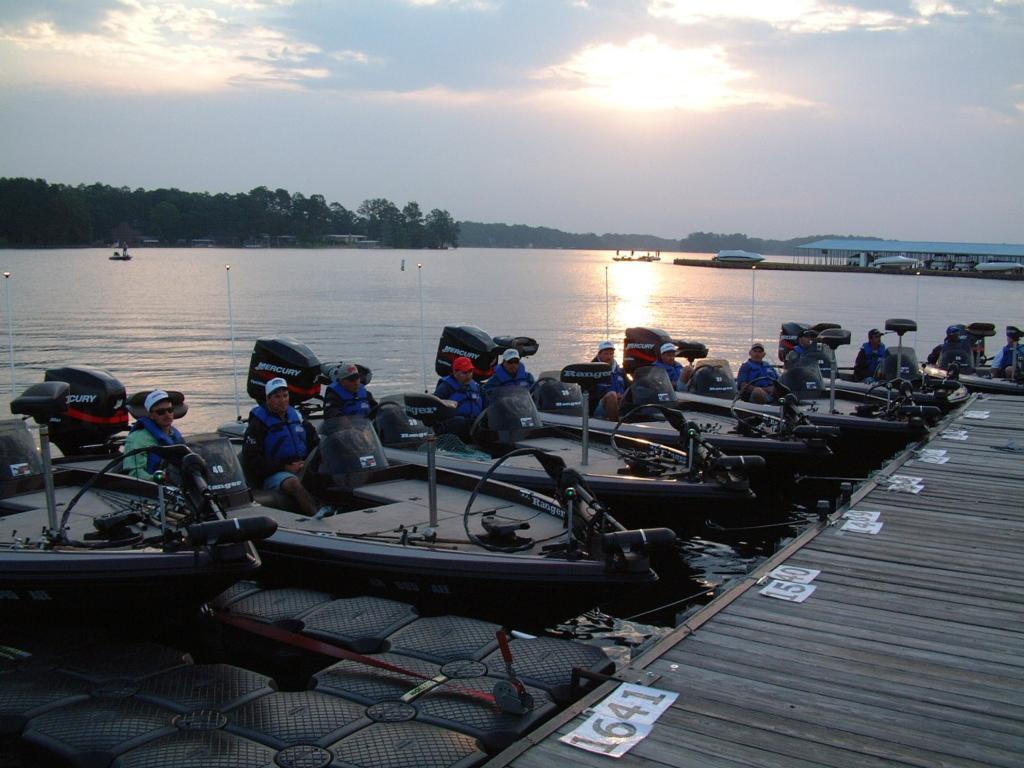 Boaters prepare for takeoff as the sun rises over Lake Hamilton. Photo by Gary Mortenson.
May 11, 2001 • Gary Mortenson • Archives

HOT SPRINGS, Ark. – For the 50 boaters participating in this year’s 2001 Wal-Mart BFL All-American, today represents the last and final day of competition before the all-important final-round cut. After the highly anticipated weigh-in today at the Hot Springs Convention Center, only five boaters will qualify for a chance to fish on Saturday for $100,000 in first-place prize money, a share of national prestige and a place in history.

For the co-anglers, however, there is no tomorrow. After today’s weigh-in, a co-angler champion will be crowned as part of the inaugural Wal-Mart BFL All-American tournament. And with a first-place check of $50,000 on the line, a career payday appears to be in store for one of the 50 highly skilled amateurs participating in the tournament.

Anglers were greeted early today with a beautiful sunrise, partly sunny skies and a light breeze as they made their way past the Dare Devil Marina onto the open waters of Lake Hamilton shortly after takeoff at 7 a.m.

Today’s weigh-in is scheduled to take place at 3:30 p.m. at the Hot Springs Convention Center in Halls A, B and C.