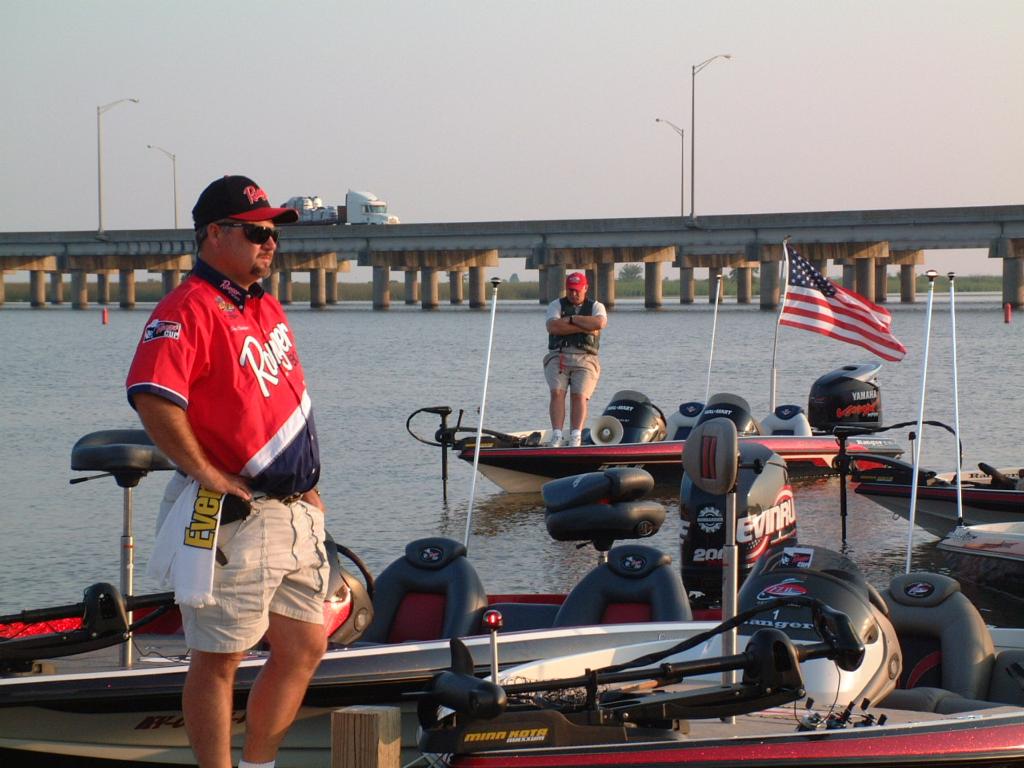 MOBILE, Ala. – It’s just a few hours away now: the crowning of a new BFL All-American champion. The top 10 finalists started from zero this morning, and now it’s anybody’s game.

Of course, all eyes are on the unstoppable Tony Christian of Hull, Ga. The big-fish master will be donning the big-fish gear today – jigs and spinner baits.

But like Christian has said himself, he is only two or three bites away from zeroing if he does not execute on the precious chances he gets.

If, for some strange reason, Christian should leave the door open, there are nine other contenders ready to pounce on his mistakes to the tune of $100,000.

One is David Wright of Lexington, N.C. Fishing in his seventh All-American, Wright is more than ready to close the deal on an All-American victory.

J.T. Kenney of Frostburg, Md., says his area is only capable of producing 8 pounds, but if things get even worse on the Delta today, that might be all it takes to win.

Gary Brown of nearby Gautier, Miss., has been patiently sitting on his trump card all week – a productive hole that he did not visit during the tournament in anticipation of this day. He says he knows the area is holding fish, including some quality bass, and he knows the secret bait on which to catch them.

One thing that might be different on the Mobile Delta today is water level. While most anglers have not noticed much water level change in their areas over the last two days, a consistent south wind started blowing last night and that could back the water up in this tidal system today.