Berlo in command at All-American

Virginia angler leads in classic battle of shallow vs. deep at Lake Hamilton 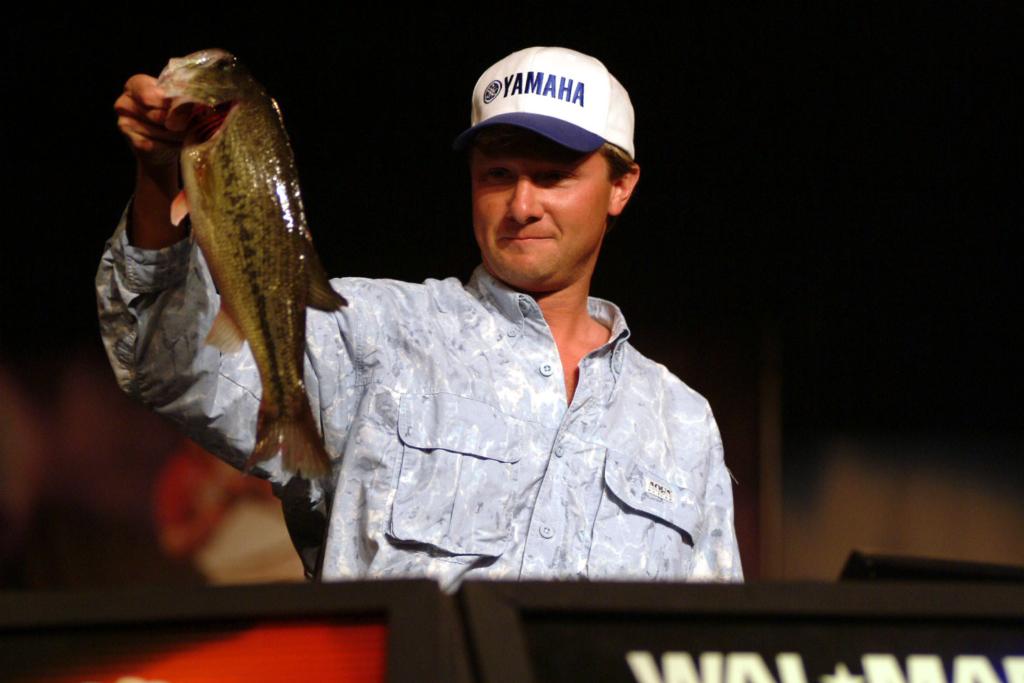 In that in between category is Shayne Berlo of Vienna, Va., who leads the 2004 All-American with five bass weighing 12 pounds, 1 ounce – a mere 3 ounces ahead of second place.

“The wind really hurt me today,” said Berlo. “I’m skipping a 1/2-ounce jig under docks, and, when the wind blows, it causes little waves on the surface, which makes skipping back under the docks much more difficult.”

Berlo says he saved a good bit of his water for tomorrow.

“I’ve still got a few areas I haven’t fished yet, and, if the wind lays just a little, I should be able to get to them tomorrow,” he added.

Also fishing a dock pattern is Mark Schafer of Williamstown, N.J., who is in second with five fish weighing 11 pounds, 14 ounces.

“I’m fishing a stretch of deeper docks that no one else is fishing,” said Schafer. “There are a lot of fish in this area; between my partner and I, we probably caught 25 to 30 keepers. I don’t want to say what we caught them on just yet, but I think the bait is a big key, too.”

Lefebre represents the shallow end of the spectrum as he is sight-fishing for visible bass with a Kinami Norie’s Bug.

“I had about 35 beds marked that I found yesterday, and I caught about 10 of those today,” said Lefebre. “I’ve got some fish left, and I still have several places I didn’t go to today.”

“I had some that I missed, and I think they will bite again tomorrow,” he said. “Plus, I think more fish are moving up. I watched some come in and start scratching out little places in the sand that will probably be beds tomorrow.”

On the deep end of things is renowned crankbait expert David Wright of Lexington, N.C. He weighed in five bass for 10 pounds, 10 ounces to take fourth place.

“I jumped off a good one today that might haunt me,” said Wright. “But that’s the way crankbait fishing is: Sometimes they come unbuttoned.”

“There are not a whole a lot of fish offshore,” he said. “I only caught eight keepers today. But apparently they’re not catching big ones off the bank like I thought they would. So that gives me a little more confidence in what I’m doing.” 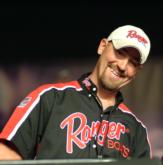 Donald Hinson of Lugoff, S.C., holds down the fifth spot with 10 pounds, 9 ounces. With just a pound and a half separating the top five places, this race promises to get tighter tomorrow.

Boatright fished with boater Mark Schafer (in second) today and used the same undisclosed dock-fishing technique as Schafer to catch his bass.

“I probably caught about 10 keepers,” said Boatright. “I feel really good about the technique I’m using, and my partner tomorrow is going to fish the same way Mark was fishing today, so I feel pretty good about it.”

Unlike the Pro Division, where 3 ounces separates first and second, Boatright enjoys a pound and a half margin over second in the Co-angler Division.

The co-anglers fish only one more day, so if Boatright can hold off any hard charges from his competitors tomorrow, he just might take home the $50,000 co-angler top prize.

Rounding out the top five co-anglers are Aaron McManaway of Altamont, Ill., in second with 8 pounds, 15 ounces; Bill Schroeder of Jonesville, Mich., in third with 6 pounds, 13 ounces; Bo Price of Seneca, S.C., in fourth place with 5 pounds, 3 ounces; and Brent Sain of Manchester, Tenn., in fifth with 5 pounds even.