Boatright boats them right for win 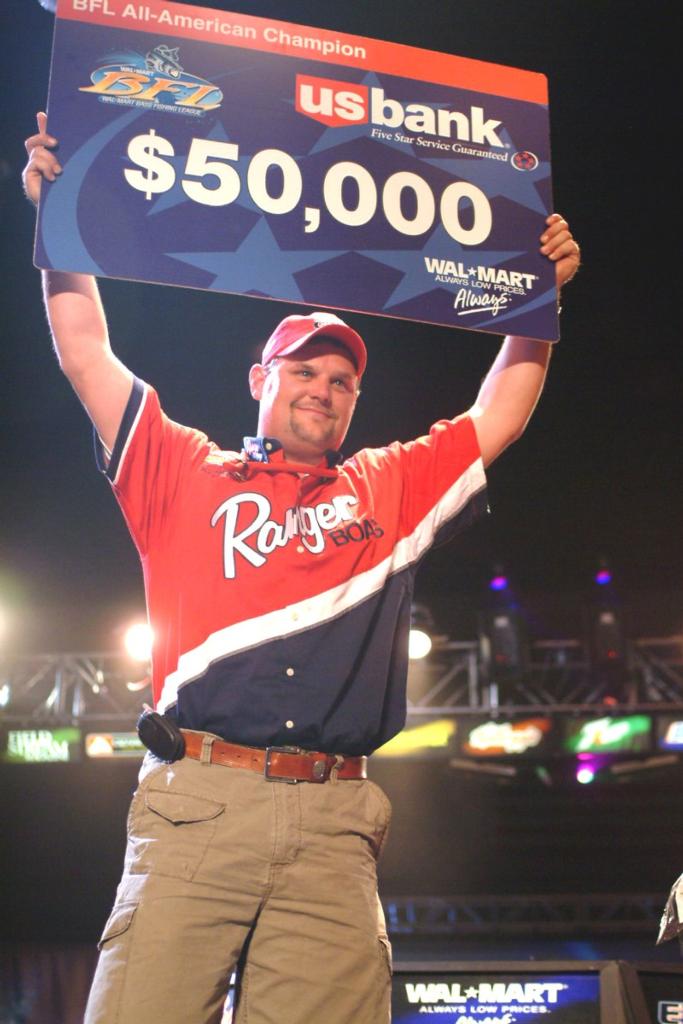 In the Co-angler Division, Scott Boatright of Sheridan, Ark., made a command performance to win the 2004 BFL All-American with 17 pounds, 4 ounces.

“This has just been an awesome experience,” Boatright said about his All-American week.

Boatright, who lives about 45 minutes from Lake Hamilton, was dialed into the winning pattern from the first day of practice. He reported catching nearly 13 pounds during the practice round, brought in 10 pounds, 6 ounces on day one and added 6 pounds, 14 ounces to his total today to win by over 3 pounds.

“All week, I fished a wacky-rigged watermelon Zoom Trick worm around docks,” Boatright said. “I used 8-pound-test line on a spinning rod. I fished with Mark (Schafer) yesterday, and he was fishing exactly how I fish here this time of year. Today I fished with Adam Wagner, told him about the pattern, and we caught a bunch of fish.”

For his win, Boatright collected $50,000. When tournament emcee Charlie Evans asked Boatright what he was going to do with the money, Boatright pointed to his wife in the audience and said, “Charlie, I think you know who is going to get this money.”